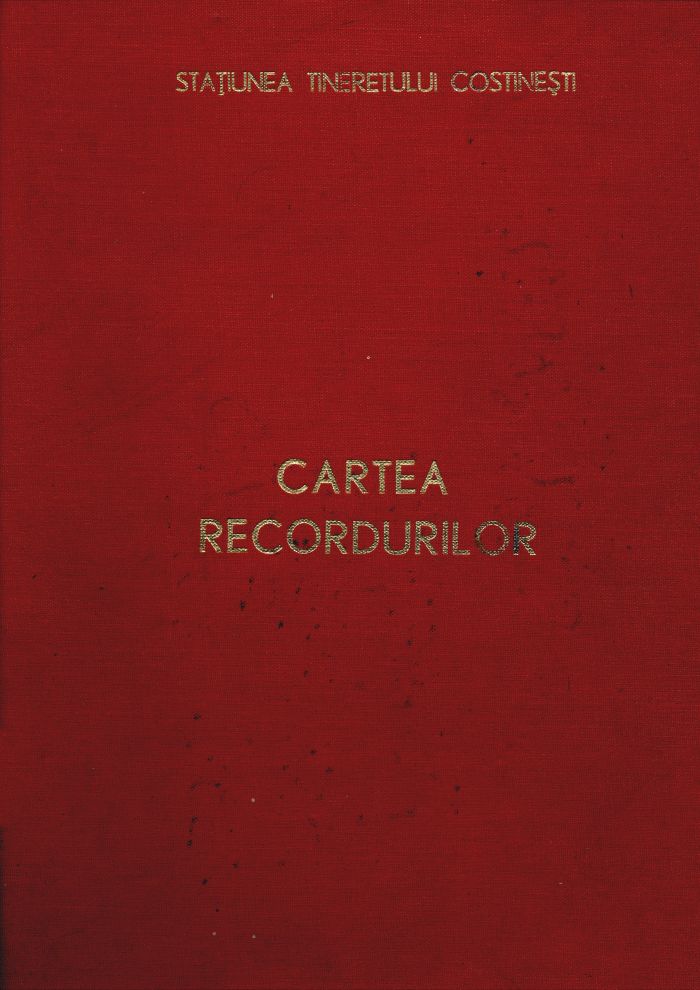 In the catalogue entitled “The Book of Records (of the Youth Resort),” dozens of unusual records achieved by the young people who came to the prime youth resort of communist Romania were gathered each year. The catalogue in which these records were listed is in A4 format, with two thick red cardboard covers. Unfortunately, fewer than fifteen pages survive from the original edition. They are conserved in the Andrei Partoş–Radio Vacanţa-Costineşti Private Collection. As Andrei Partoş says, “I decided to take this notebook home after 1989. It was in the radio studio, and year by year pages kept disappearing from it, for various domestic purposes. It’s a precious memento. It was made by me. And what’s left of it is now in my possession.”

The competitions that the young people took part in, and the inevitable records that resulted from them, could be highly unconventional: “the longest headstand,” “the longest endurance of hunger,” “the most somersaults,” “the most original earring,” “the longest arm hair,” “the fastest drinking beer,” “the longest moustache,” “the biggest shoe size,” “the most cracked tongue,” “the most powerful sneeze.” Probably the most unusual was the competition for sitting on a post over a period of forty-eight hours, which is said to have been won one year by one of Romania’s post-1989 prime ministers. “But there were many others – equally, if not more way-out,” says Andrei Partoş. The “Book of Records” was regularly read on Radio Vacanţa-Costineşti and constituted a source of fun.