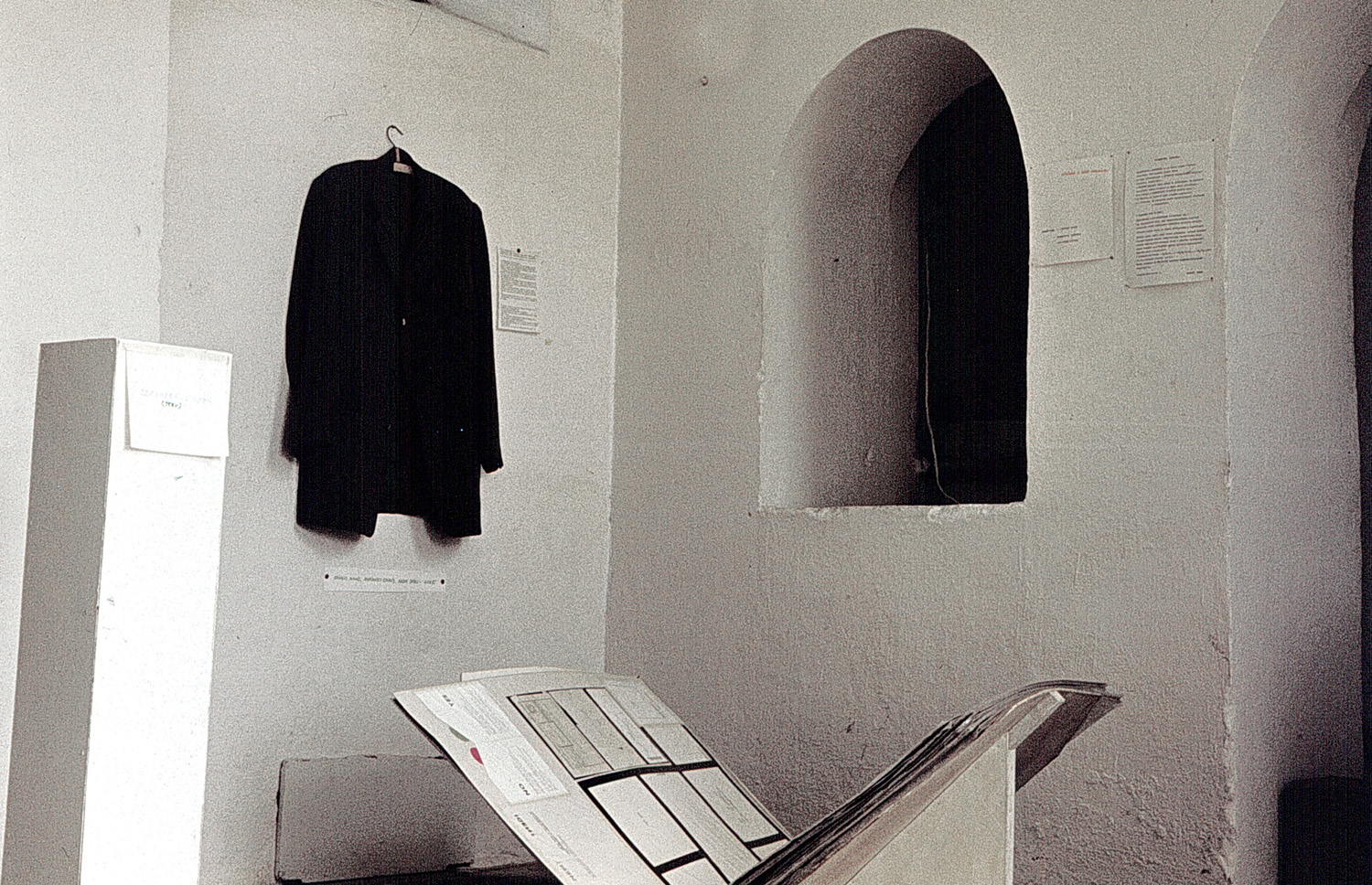 The three artists’ main concept was to problematize the characteristics of avantgarde art by raising the question in the title of their work What is Avantgardism? Can it be considered an avantgarde act that Miklós Erdély, György Jovánovics and János Major exhibited a coat? As they state in the text accompanying János Major’s coat (exhibited on June 24–July 7 1973, together with other artworks by Miklós Erdély, György Jovánovics, János Major), their aim was to liberate the avantgarde from its charges, as it indicated prohibitions from the beginning of its history. The coat considered as a symbol of the bureaucrat referred to the state officials, the only people who came to the Chapel in a coat. Questioning if exhibiting the coat is an avantgarde act is at the same time a concept artwork, as the coat can be considered both a readymade object and the illustration of the idea of the act of exhibiting that. Tamás Szentjóby reconstructed and exhibited the coat in 1995 at the Víziváros Gallery as his own artwork, thereby appropriating the work from his partner contributors and contextualizing the meaning of avantgarde on a new level.