Manuscript of the Biography of Vincas Pietaris 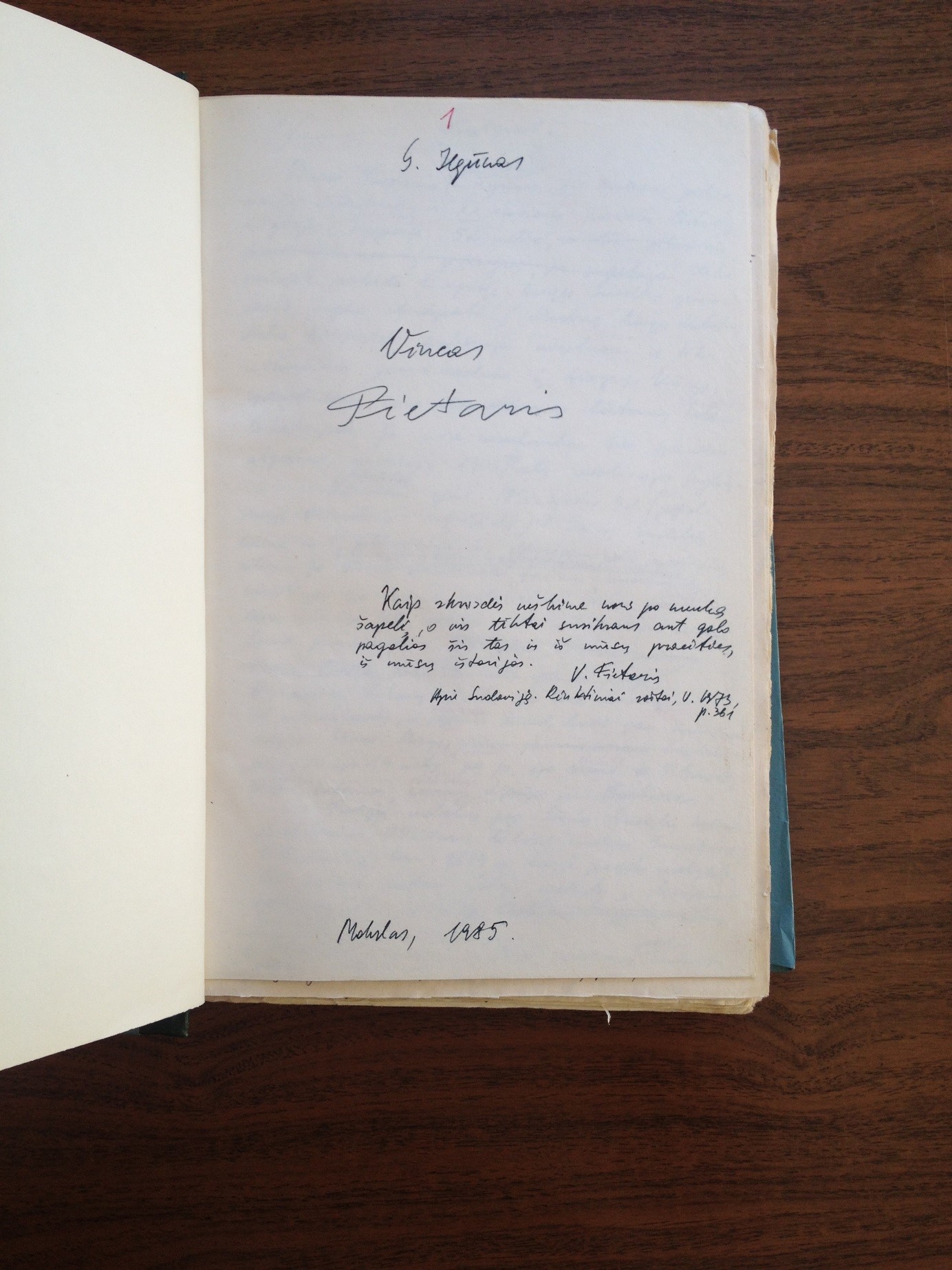 Vincas Pietaris (1850–1902) was a Lithuanian national activist and writer. He is famous for writing Algimantas, the first historical novel in Lithuanian. The novel was published for the first time in the United States in 1904–1906. (It was published for the second time in interwar Lithuania.) The novel takes a popular approach to the formation of the Medieval Lithuanian state, and the heroic struggles between the Lithuanian dukes and their enemies. By glorifying Lithuania's past, it influenced Romantic nationalism. Because of this, Algimantas became very popular in interwar Lithuania.

However, the novel and its author were practically unknown in Soviet Lithuania. Gediminas Ilgūnas started to work on his biography of Pietaris in about 1980. He travelled twice to Russia, where Pietaris had lived and died. The biography was published during Gorbachev's perestroika in 1987. At that time, various historical studies and popular works about the history of the Lithuanian state were becoming more popular among different sections of the population. Various historical issues relating to the Medieval and modern state were being discussed in the Sąjūdis press. The biography of Vincas Pietaris was part of this growing movement. The novel Algimantas was published later in 1989, and became very popular with the Lithuanian public.