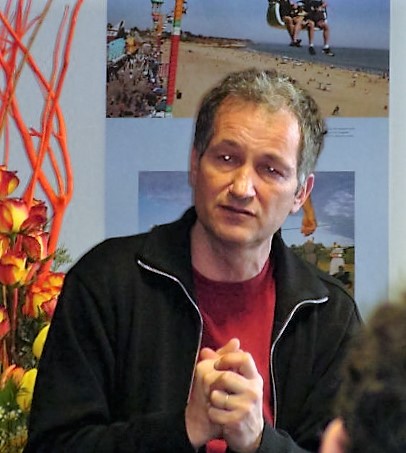 Aleš Debeljak was a Slovenian cultural critic, poet, and essayist.

He graduated with a degree in comparative literature from the University of Ljubljana in 1985. He continued his studies in the United States, obtaining a PhD in the sociology of culture from Syracuse University in 1989.

From the mid-1980s onwards, Debeljak was active in civil society movements. He decided to return to Slovenia around the time of Yugoslavia’s dissolution.

Like many others, he had come to accept the idea of Slovenian independence as a second-best option given the lack of better alternatives, as every attempt at reforming Yugoslavia while conceding more autonomy to Slovenia and Croatia had failed. He still retained and cherished his dual identity as a Slovene and Yugoslav, and thought that independence had actually limited Slovenia’s cultural references.

In 1991, he worked as an interpreter for foreign media during the Slovenian Independence War (also known as the Ten-Day War) and was an eyewitness to armed clashes of Yugoslav and Slovene forces at the Austrian border in Gornja Radgona.

He was one of the co-editors of the critical alternative journal Nova revija [New Review]. He also participated in the social liberal thinktank Forum 21, led by the former President of Slovenia, Milan Kučan. He was, until his death, a professor of cultural studies at the Faculty for Social Studies of the University of Ljubljana.

In 2001 he started the journal Sarajevo Notebooks, in order to re-establish communication and develop links between intellectuals and activists throughout former Yugoslavia and create regional public forums for reconciliation.