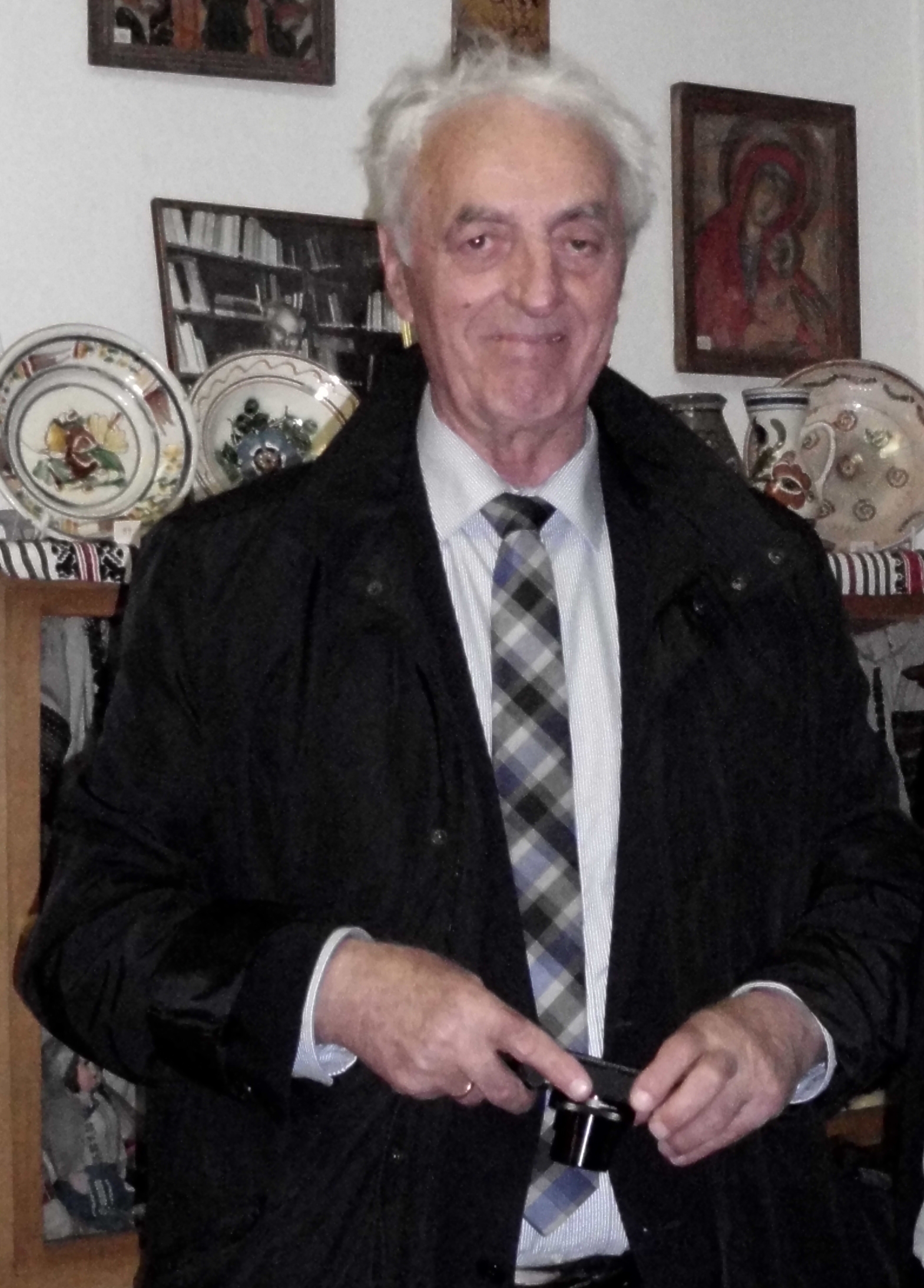 Ion Dumitru, who emigrated from communist Romania in 1961, was a personality of the post-war Romanian exile community. In particular, he asserted himself through the initiative of setting up his own publishing house, which became one of the most important in exile, under whose imprint a veritable library of the Romanian emigration was published, extremely valuable and useful for Romanian history and culture. He was also noted for the involvement in the actions of promoting media coverage in the West of the repressive and aberrant policies of the communist regime in his native country, and in campaigns for respect for human rights in Romania.

He was born on 27 August 1937 in Boteni, present-day Argeș county. He attended the courses of the Medium Technical School of the Merchant Navy, section of deck officers, long sea voyage, in Constanta, which he graduated in 1955. From 1952, when he reached high school, he attended the meetings of the literary circle at the Casino in Constanta, led by Grigore Sălceanu. Passionate about poetry, starting with his high school years, he composed a series of poems and participated in the meetings of several cenacles, especially the Hristo Botev cenacle in Brăila. With some of the poems read here he debuted in the local newspaper Înainte (Forward), where he also published travel notes and reports. Sporadically he also participated in literary cenacles in Cernavodă, Galați, Giurgiu, Târgu Jiu, Tulcea, Turnu Severin, and Bucharest. Several texts of his also appeared in Viaţa Nouă (New life) in Galaţi, Munca (Work) in Bucharest and Ramuri (Branches) in Craiova.

As the high school that he initially enrolled in at had a duration of three years, to complete his studies, in parallel – between 1954 and 1955 – he enrolled at the Mircea cel Bătrân High school in Constanța. After graduation, in 1955, he passed the admission exam at the Mihai Eminescu School of Literature in Bucharest, which later became a department of the Faculty of Philology of the University of Bucharest. From October 1955, he was employed as a sailor on river ships. In 1959 he was promoted to the position of river trainee officer, and after his Brevet examination to the position of river officer, and he worked as a second from December 1960 to August 1961. In 1959, he made his first attempt to leave communist Romania. Employed as a river trainee officer aboard the ship Johann Wallner, he was suspected of intending to flee to the FRG, for which reason he was taken to Bratislava and sent back to Romania by train. Against this background, he was disqualified for disciplinary reasons and sent on river boats on the Lower Danube and the Danube Delta. In 1961, he was appointed second officer on a small ship of the NAVROM company, which navigated to Regensburg in the FRG. During a trip in August 1961, he decided not to return to Romania. He spent some time at the Zirndorf refugee camp, where he applied to the West German authorities for political asylum. Initially, the request was denied, but with the help of an association of Romanians in exile, the Association of Free Romanians in Germany, he challenged the decision in court and won. On 2 February 1962 he received political asylum and he settled in Munich. In the period of accommodation, he first took unskilled work: lens cleaner and night guard at a hotel.

During this time, he began to interact with Romanians living abroad and to become involve in the activities of the exile community. In 1964, he was employed by Radio Free Europe as an editor in the documentary department, where he worked for thirty-one years until 1995. He was also a founding member of the cenacle Apoziția (Apposition) in Munich, one of the most important and well-known literary circles of the post-war Romanian exile community. Another very important and essential initiative from the period of his exile was the establishment in Munich of the Ion Dumitru Publishing House (Jon Dumitru Verlag), officially registered in 1976, but in operation from the mid-1960s. A significant number of books by Romanians abroad, including his own volumes, were published at this publishing house. One of the most important of Ion Dumitru’s books, published in exile in 1969, with which he made a name for himself among the Romanians of the emigration, is Forme de etnocid în URSS: Un plan sistematic de rusificare forțată a Basarabiei și Bucovinei de Nord (Forms of etnocid in the USSR: A systematic plan of forced Russianisation of Bessarabia and Northern Bukovina). In essence, this volume illustrates the way the Romanian exile community acted to preserve, at least among those who had left Romania, the memory of the Romanian territories occupied by the USSR; Bessarabia and Bukovina. The same publishing house, on its own or in collaboration, also printed several newspapers and exile magazines, such as: Apoziția (magazine of the literary circle of the same name), Dialog (where the critical letters sent to RFE by dissidents in Romania appeared in the 1980s), Săptămâna müncheneză (Munich week), Limite (Limits), Curentul (The current), and Correspondances. As a result, it can be considered the most important publishing house of the Romanian anti-communist exile community, which made a substantial contribution to Romanian culture, printing a true library of Romanian emigration.

From 1964, Ion Dumitru became a notable presence in the exile press, where he published poems, prose, and articles about the situation in his country of origin until the collapse of the communist regime in Romania. His activities were both cultural, journalistic, religious, social, and political. He collaborated with several Romanian publications abroad, including: Revista Scriitorilor Români, Cuvântul Românesc, Stindardul, Cuvântul în exil, Buletinul Asociației Românilor Liberi din Germania și Berlinul de Vest, Drum, America, and Acțiunea Creștin Socială Română. In the same vein of activities of Ion Dumitru in exile, it is also worth mentioning that he was the founder and secretary of the society Fondul de ajutor al românilor din Germania (The Aid Fund of the Romanians in Germany, from 1972), and a founding member of the Asociația Scriitorilor Români și Germani din Bavaria (Association of Romanian and German Writers in Bavaria) (Munich).

Since the collapse of the communist regime in Romania, Ion Dumitru has often returned to the country without establishing himself there definitively. He was a member of the Moral Guarantee Council of the National Institute for the Memory of the Romanian Exile, a body that brought together Romanian personalities. Living in Munich, he has continued to involve himself in a series of cultural activities of Romanians in Germany and to publish his own books. Today, at the age of eighty-one, he is still very active in the Romanian community in Germany, and continues to present his studies at scholarly meetings.