Slovak Office for Press and Information 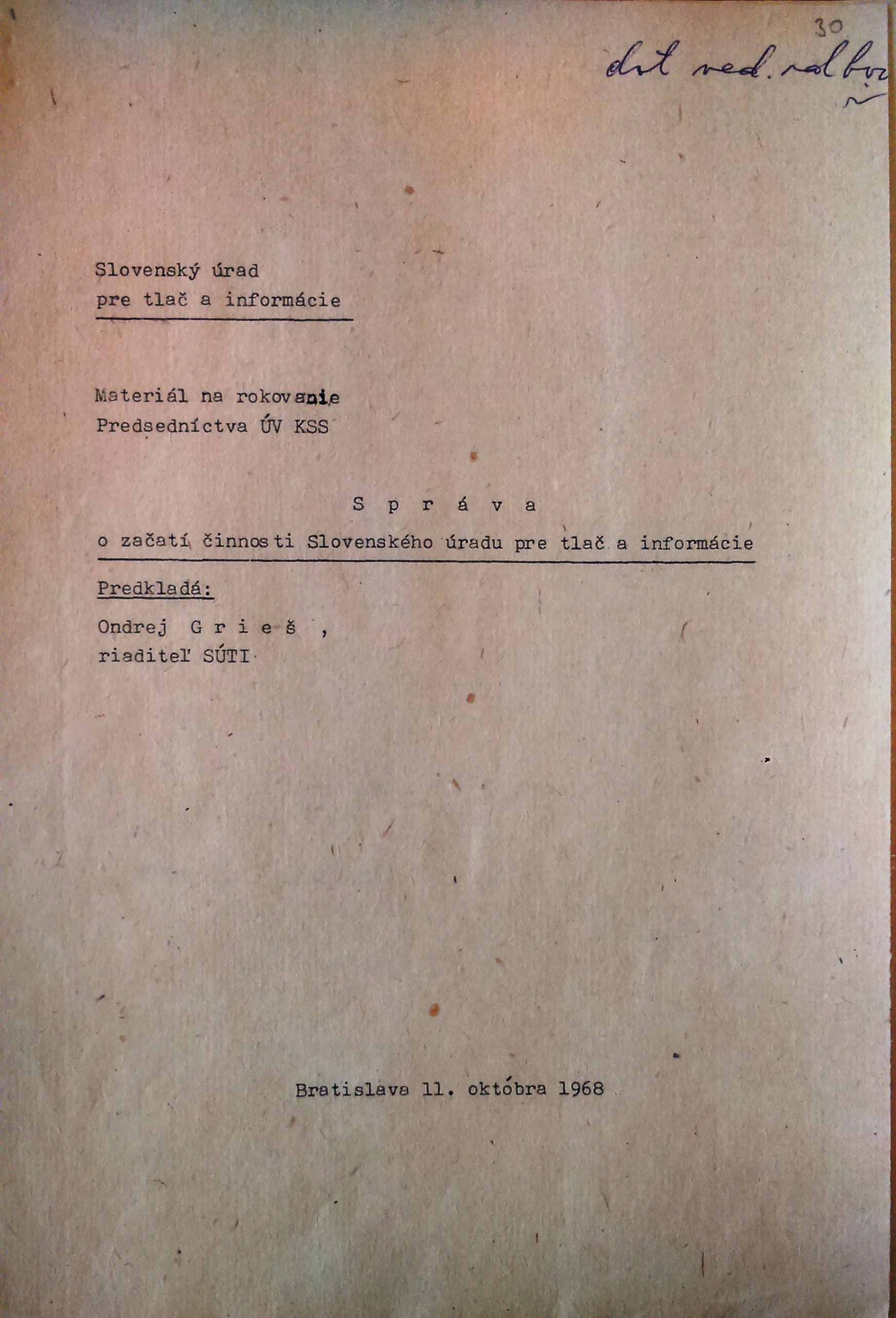 The archival fund of the Slovak Office for Press and Information (Slovenský úrad pre tlač a informácie, SÚTI) stored in the Slovak National Archive in Bratislava, contains a wide range of material dedicated to mechanisms of ideological control over mass media during the years 1968 to 1988. The collections of journalistic analyses and various forms of media assessments are especially significant for research in the field of cultural opposition. The fund enables an undistorted overview of critical reports of media accomplishments, those which did not conform to the new, “consolidating” principles. The SÚTI fund thus demonstrates not only the gradual establishment of a new ideological orientation of the Czechoslovak Communist Party but also indicates its questionable adoption by official press bodies.