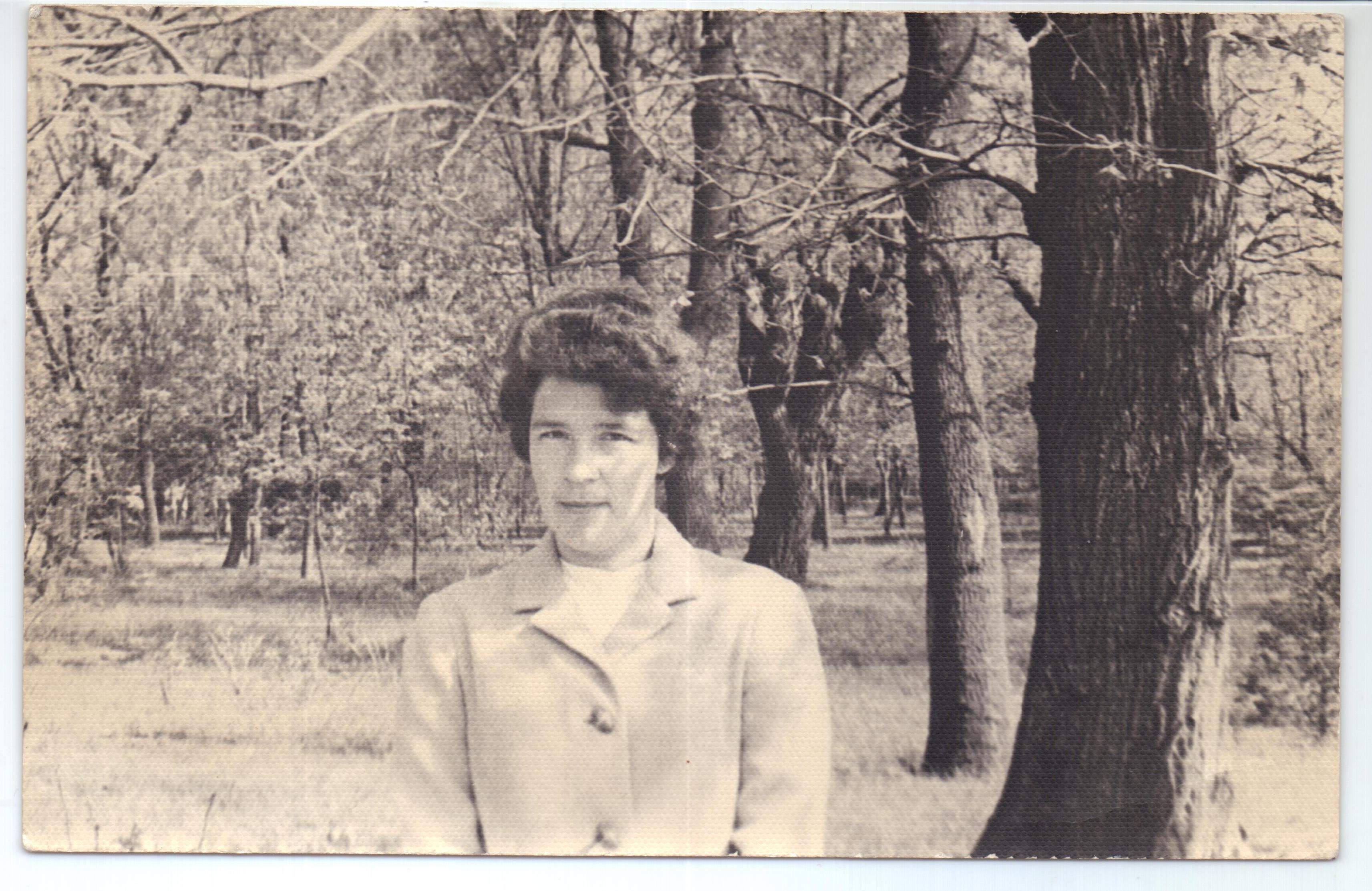 Mykhailyna Kotsiubynska was born in Vinnytsia, Ukraine in 1931. She was the niece of Ukrainian writer Mykhailo Kotsiubynsky. Her father Khoma married Kateryna Bedryzova, a Crimean of Armenian descent, who was trained and educated classically in St. Petersburg. In 1929, Bedryzova was accused of Ukrainian nationalism and only her Armenian heritage kept her from being included in a criminal case against the members of an organization called the “Union for the Liberation of Ukraine.” That said, Bedryzova embraced the family’s efforts to preserve and protect Kotsiubynsky’s literary legacy. After the Nazi invasion of the Soviet Union in 1941, Kotsiubynska recalled how her parents struggled to save their family as well the Mykhailo Kotsiubynsky museum. Her father Khoma refused to evacuate the family until they were issued an entire train car to take with them the museum’s holdings from Chernihiv. Miraculously, their request was met in the final hour, but as they waited for their train car to be attached to trains heading into the Soviet interior, Nazi bombs began falling all around them. Mykhailyna recalled in her memoirs how in that moment her parents protected that which was most valuable to them. They placed Mykhailyna on top of the trunk holding Kotsiubynsky’s original manuscripts and used their bodies to shield both from the fallout.

Despite Kotsiubynska’s ties to Ukrainian literary royalty, she was unable to avoid the post-Khrushchev crackdown on the cultural intelligentsia entirely, although unlike some of her counterparts, she was not sentenced to hard labor and exiled. Kotsiubynska lost her job at the T.H. Shevchenko Institute of Literature in 1966, the same year she was asked to turn in her party card following her participation in a protest staged at a Kyiv screening of Sergei Paradhznov’s film “Shadow of Forgotten Ancestors.” This film was an internationally acclaimed adaptation of the eponymous novel written by her uncle Mykhailo, but became a lightening rod for political protest, after a wave of arrests of Soviet writers and artists indicated renewed ideological retrenchment. While working at the Institute of Literature, Kotsiubynska had befriended and became a mentor to a young Vasyl Stus and is responsible for making much of his oeuvre accessible posthumously to the broader public. Her insights into his creative process were invaluable, and after decades of silence Kotsiubynska also wrote prodigiously after independence, chronicling the struggle of this circle of Kyivan intellectual and writers in the face of an oppressive and unyielding Soviet system.

Steffen, James. The Cinema of Sergei Parajanov. Madison: the University of Wisconsin Press, 2013.