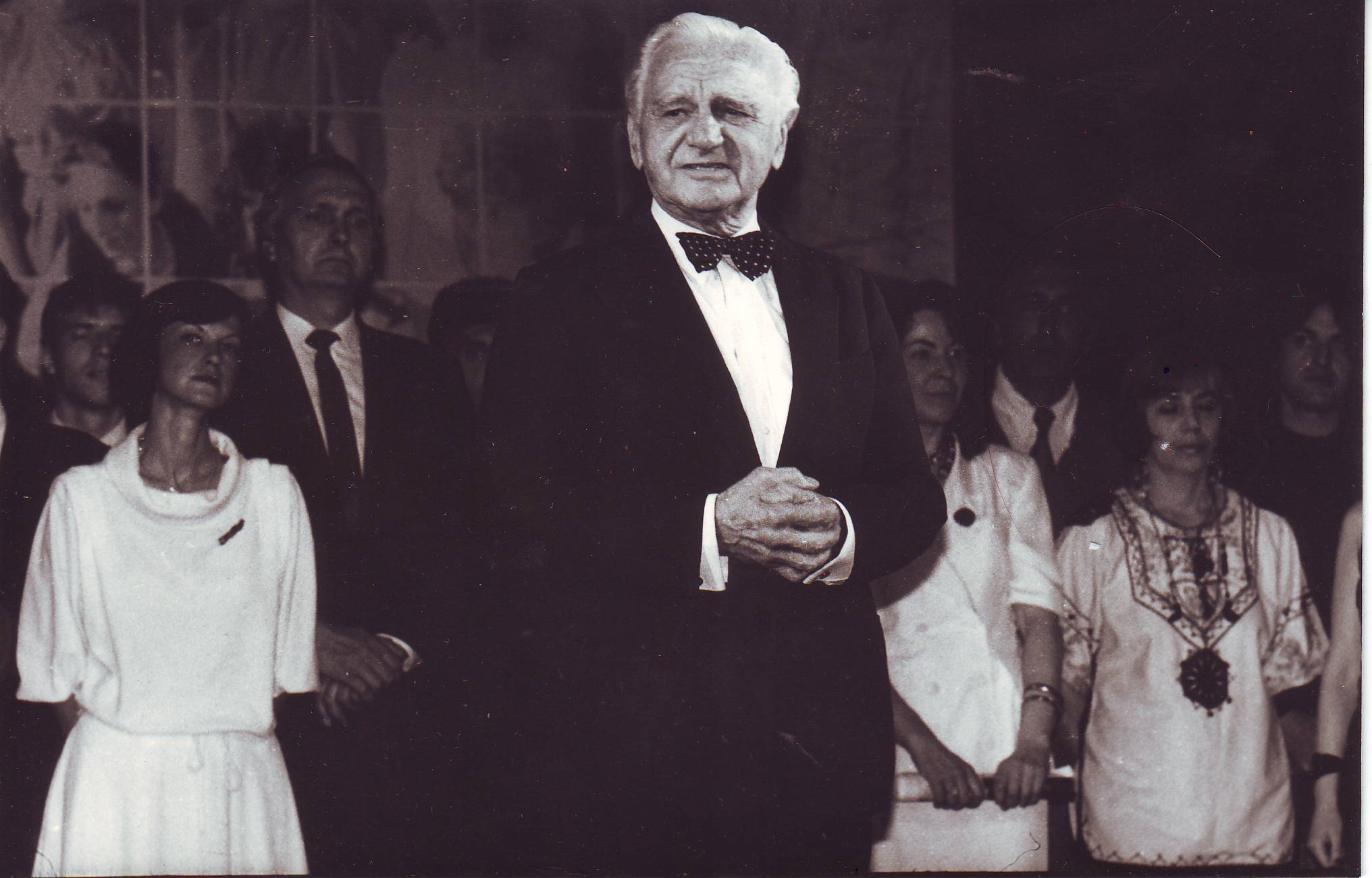 The most significant part of the Raţiu–Tilea Archives Collection deals with the political and cultural activities of the Romanian exile community in the West from 1940 to 1989. Some files relating to the Romanian exile community cover only internal organisational issues of Romanian exile associations, while others have been created around an initiative or an event. The file entitled Textele Memorandumului 1977 (The drafts of the 1977 Memorandum) reflects the initiative launched by Ion Raţiu in 1977 to organise in London in the period 1–4 April 1977 a meeting of the committee of the Romanians living in exile. Its main aim was to create a memorandum for protesting against the human rights infringements of the Ceauşescu regime (Fond Raţiu–Tilea/29, 16). Although Raţiu himself had drafted the Memorandum, the official sender of the document was the so-called “Meeting of Romanians in London (1–4 April 1977).” This memorandum was meant to be sent the governments of the states that signed the Helsinki Final Act on the occasion of the CSCE follow-up meeting which took place in Belgrade from 4 October 1977 to 8 March 1978. The file comprises the drafts and the final version of the Memorandum, a letter addressed to the “the signatory Powers” of the Helsinki Final Act to which the Memorandum was annexed, and lists with signatures of those attending the aforementioned meeting in London.

The internal political context of the Eastern Bloc during late 1970s was marked by the emergence of various dissident movements following the breach in the system produced by the provisions of the Helsinki Final Act, which the communist states had signed. Even in Romania, where no significant dissident movement had occurred before, Paul Goma expressed his solidarity with Charter 77 and then launched a human rights movement on this Czechoslovakian model (Petrescu 2013, 80–82). The Goma dissident movement was step by step dismembered by the Securitate and Goma himself was expelled from the country. Although Romania complied poorly with the obligations assumed at Helsinki, the Western powers “overlooked completely Ceauşescu’s internal policy” (Petrescu 2013, 82). Raţiu was among the very few intellectuals in the West during 1970s that tried to reveal Ceauşescu’s skilful policy of manipulating the West by presenting his regime as following an “independent” path in the Soviet bloc in order to obtain various economic and political gains (Raţiu 1975, 36–37).

Being a law graduate, Raţiu understood perfectly the opportunities offered by the stipulations of the Helsinki Final Act when facing the human rights infringements of the Ceauşescu regime. These stipulations had already been invoked by various dissident movements in the Eastern Bloc. Raţiu’s skills in this respect are well illustrated by the complex argumentation developed in the Memorandum. The document entitled: “The Implementation of the Final Act of the Conference on Security & Co-operation in Europe Helsinki, August 1975 by the Government of the Socialist Republic of Romania: Memorandum for the Belgrade Conference, 1977 prepared by Romanians assembled at the Royal Holloway College, University of London, 3 April 1977” was addressed to “the signatory Powers” of the Helsinki Final Act as an appendix to an open letter. In this letter, Raţiu emphasised that “no improvement can be detected in our country in the fields of human rights.”On the contrary the Ceauşescu regime continued to deny “political, civic and religious freedoms” (Fond Raţiu–Tilea/173, 1). The memorandum was structured following the main parts (the so called “baskets”) of the Helsinki Final Act. Concerning the first part of the Helsinki Final Act, Raţiu argued that “the government of the Socialist Republic of Romania ignored” its provisions, “by prohibiting any public or private expression of opposition to the regime,” “by limiting the right of association to the Communist Party and its subsidiary organisations,” “by the political police, which has unlimited power over the population.” In the context of the harsh repressive measures took against the members of the Goma movement, Raţiu stated that “Freedom of Conscience, Freedom of Speech and the Right to hold meetings do not exist” in Ceaușescu’s Romania, “all meetings, marches or demonstrations critical of the regime are prohibited,” and the political opponents “are interned” in psychiatric hospitals (Fond Raţiu–Tilea/173, 18). He also argued the Ceaușescu regime did not respect religious freedom and the members of various cults were “persecuted.” Raţiu himself being a Greek Catholic mentioned that the Greek Catholic Church, which had over 1.7 million followers before 1948, “remains forbidden and its members are deemed to be incorporated into the Greek Orthodox Church” (Fond Raţiu–Tilea/173, 18).

The file “The Drafts of the 1977 Memorandum” give insights to the creation of one of the most vocal initiative launched in exile by Ion Raţiu. The content of the memorandum speaks out about Raţiu’s life-long commitment to democratic values and his constant criticism directed at the Romanian communist regime in a period when the latter co-opted several cultural personalities of the Romanian exile community by manipulating a nationalist discourse. This initiative exemplifies how the Helsinki Final Act offered tools for those in both East and West assuming a critical stance towards the communist dictatorships, and provided a common ground for their initiatives.