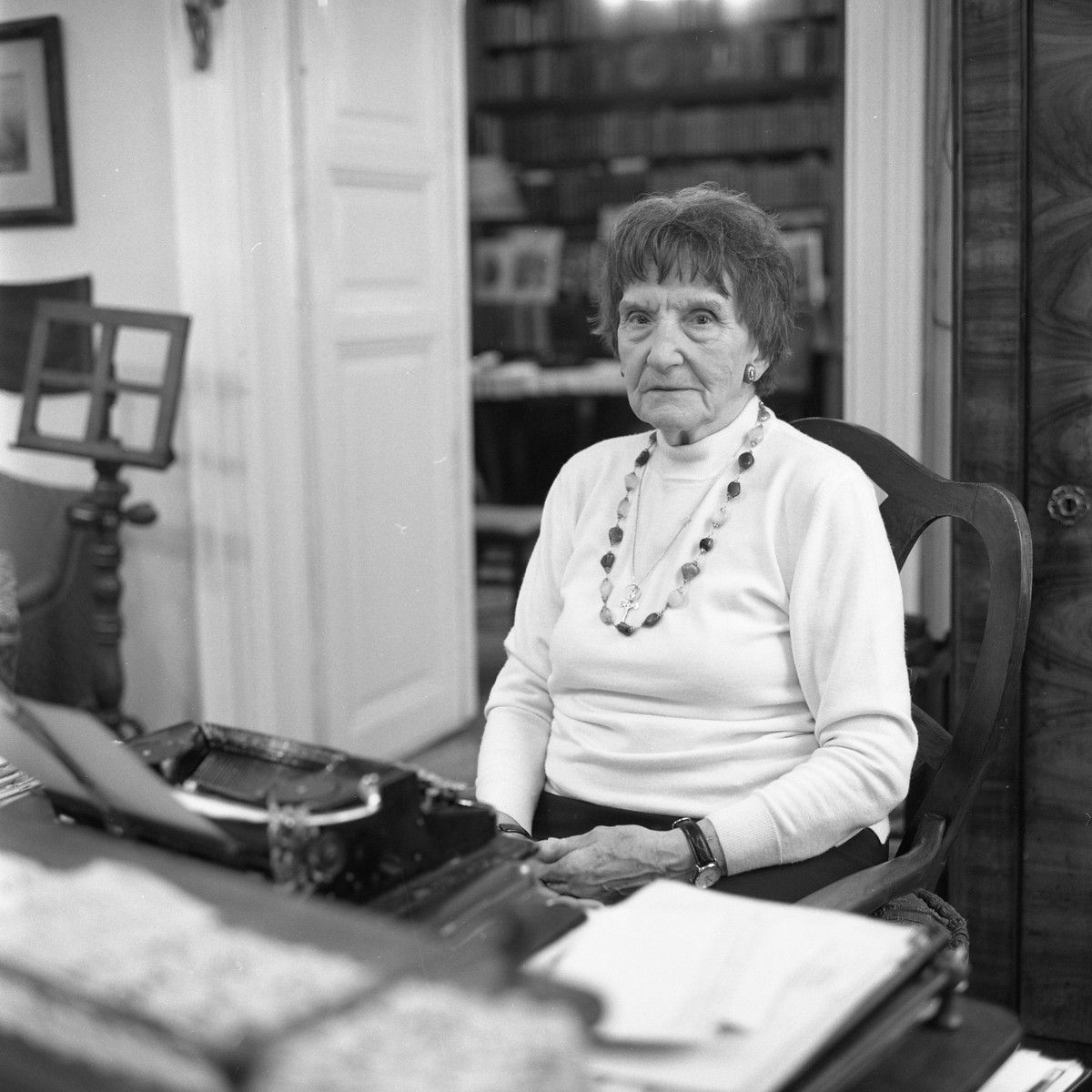 Hungarian folklorist Zsuzsanna Erdélyi was born in Komárom on 10 January 1921. Erdélyi studied Hungarian grammar and literature, Italian, and Philosophy at the Péter Pázmány University. She also studied in Rome. Between 1944 and 1948, she worked in the press department of the Ministry of Foreign Affairs. She worked at the Folk Art Institute [Népművészeti Intézet] during the first years of the Stalinist dictatorship.
Between 1953 and 1963, she worked with László Lajtha collecting folk music, religious folk songs, and folk prayers in Transdanubian counties in Hungary. Although Lajtha had permission from the government to use his own discretion in collecting, their work was not completely safe and they were constantly under government supervision.
Erdélyi’s first book, Hegyet Hágék, Lőtőt Lépék (an archaic Hungarian proverb referring to wandering), which contained archaic prayers, was published in 1974. The book’s title comes from a line in an archaic prayer. The introduction was written by Gyula Ortutay, folklorist and Minister of Religion and Education in 1947–1950. In the 1970s, scholars began writing many articles about Erdélyi’s extraordinary work.
Her collection of archaic texts is unique because she drew a parallel and proved the connection between archaic and folk texts. Her work shone a light on the fact that these religious texts were still very much alive.
She died on 13 February 2015.