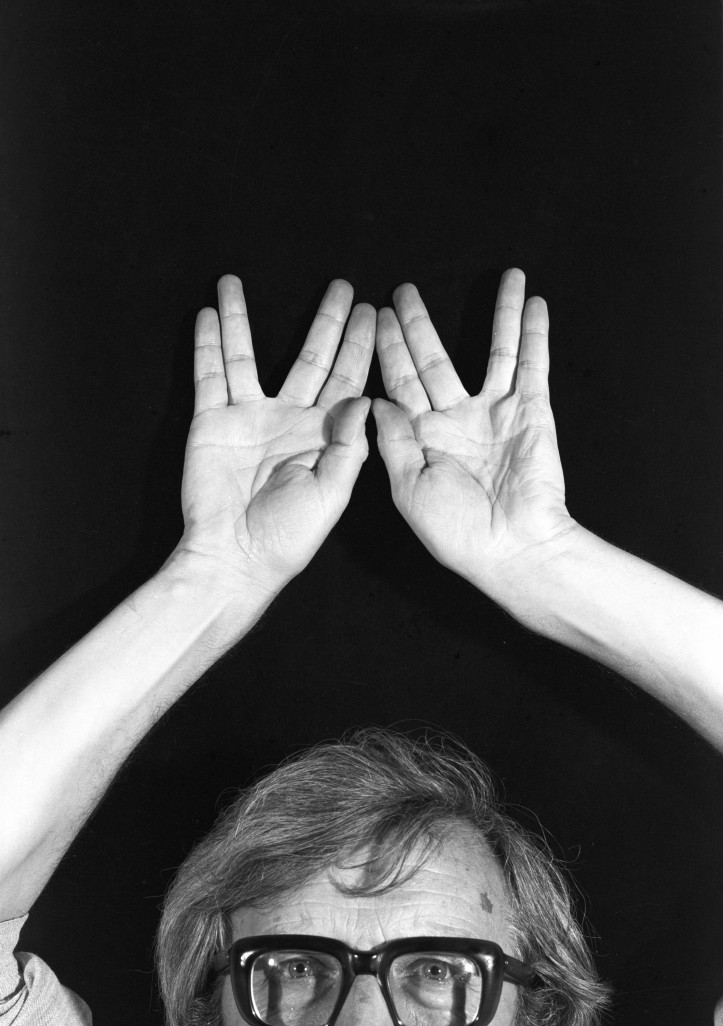 With the "Gestures" series , Dłubak instigated his interest into the study of the symbolysm of the body. The photographic series is arranged in three segments, each one organized accorning to a certain criterion. The first set of photographs shows a female model putting on or taking off a garment: bra, panties, tights. The second image repeats the composition as the naked model performs the same action, but this time only pretending to be holding the garment. In the final photograph, only hands performing the gestures from the former two are shown against a black background. Without the descriptive attributes – the woman’s body and the pieces of clothing – the hand gestures become abstract. This reduction of the composition to a seemingly empty gesture is a reference to the "Gesticulations" series, which the artist had concluded in 1978, and to the ‘empty sign’ theory.

This photographic series also shows the effort of the Polish contemporary art to remain creative and independent from the official, socialist art. It was different from most of the art created in the socialist Poland, as it avoided simple political implications and concentrated on undermining the trust which the viewer grants to photography and image. Dłubak resigned from the mimetic and journalist photography and engaged into presenting the manners of photographic manipulation and ambiguity, thus, de-constructing the concept of the photography as a purely documentalist and representative.