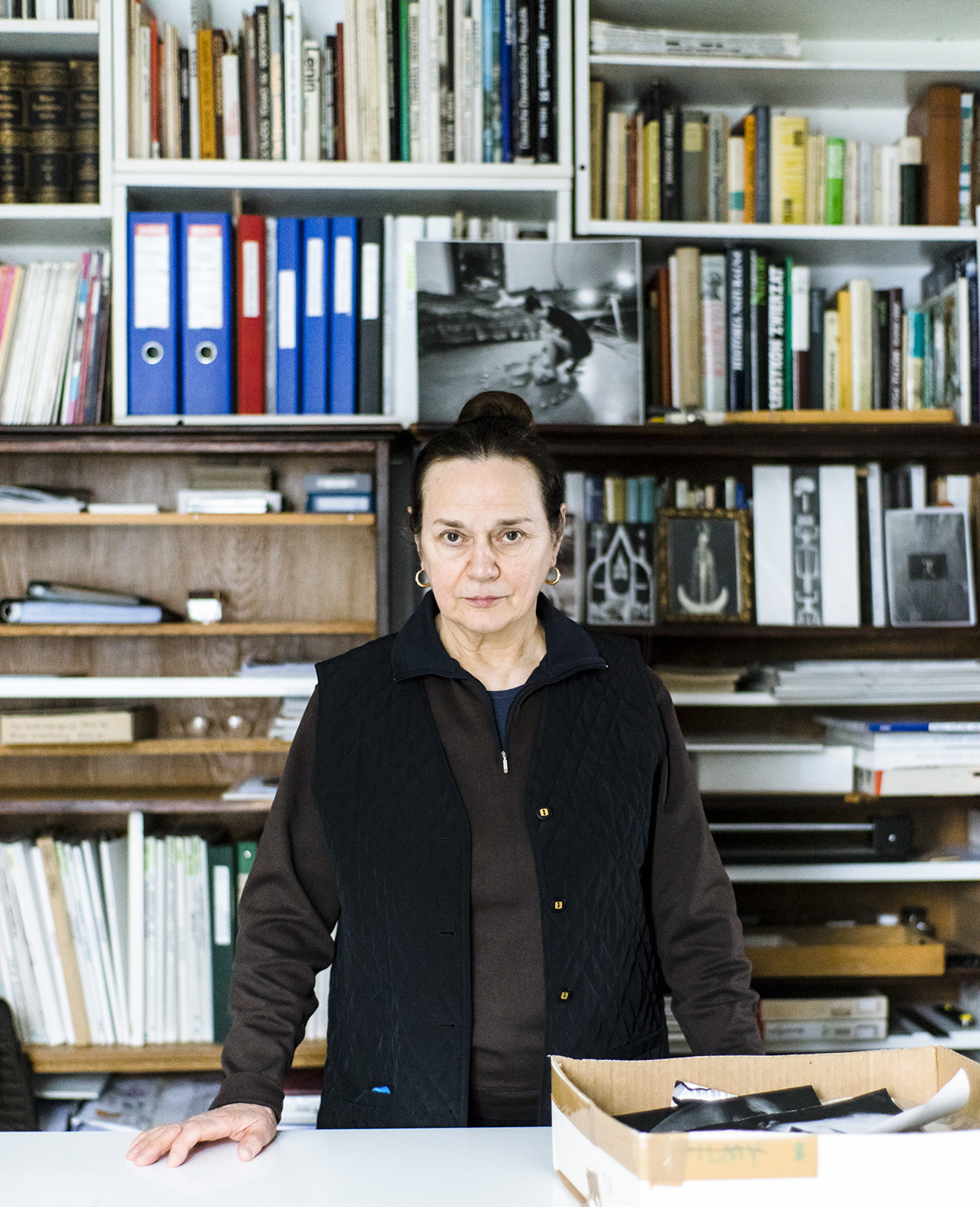 Zofia Kulik (born in 1947) in the years 1971-1987 was a member of the KwieKulik artistic duo, together with Przemysław Kwiek. They created performances, conceptual and process art, with politically engaged and critical tones.
Simultaneously, since the late 1960s, they regularly documented the artistic life of Poland, focusing on ephemeral phenomena.
Kulik’s father was a colonel in the propaganda department of the communist Armed Forces of the Polish People's Republic. She grew up in an isolated military enclave in the city of Warsaw. As a teenager she took extracurricular sculpting classes in one of Warsaw's cultural centres. There she met sculptor Przemysław Kwiek.
She studied at the Faculty of Sculpture at the Warsaw Academy of Fine Arts. She found herself in the studios of Oskar Hansen and Jerzy Jarnuszkiewicz, whose didactic and theoretical activities had transformed into a multigenerational tradition, which to this day remains important for a number of outstanding Polish artists. Przemysław Kwiek has also come through both of these studios.
In 1987 Zofia Kulik concluded her artistic collaboration with Kwiek and started her own, independent artistic project. She abandoned the open form and performative actions. Her work became, in a way, the exact reversal of notions and ideas that had represented her activities as a duo. Instead, she began to create “closed forms”, such as photographic collages, which were static objects, “closed” to any interference by others while visually mimicking the ordered, hierarchical, organised, and ornamental patterns of cathedrals, altars, oriental carpets, and paintings of kings. Her works were created using a technique of multiple film exposure. They were composed of hundreds of photographs of symbols of totalitarian and military violence, as well as male human bodies twisted in a peculiar alphabet of gestures (e.g. The Gorgeousness of the Self). These works gained substantial recognition in the 1990s and were interpreted i.a. from the perspective of feminist theories.