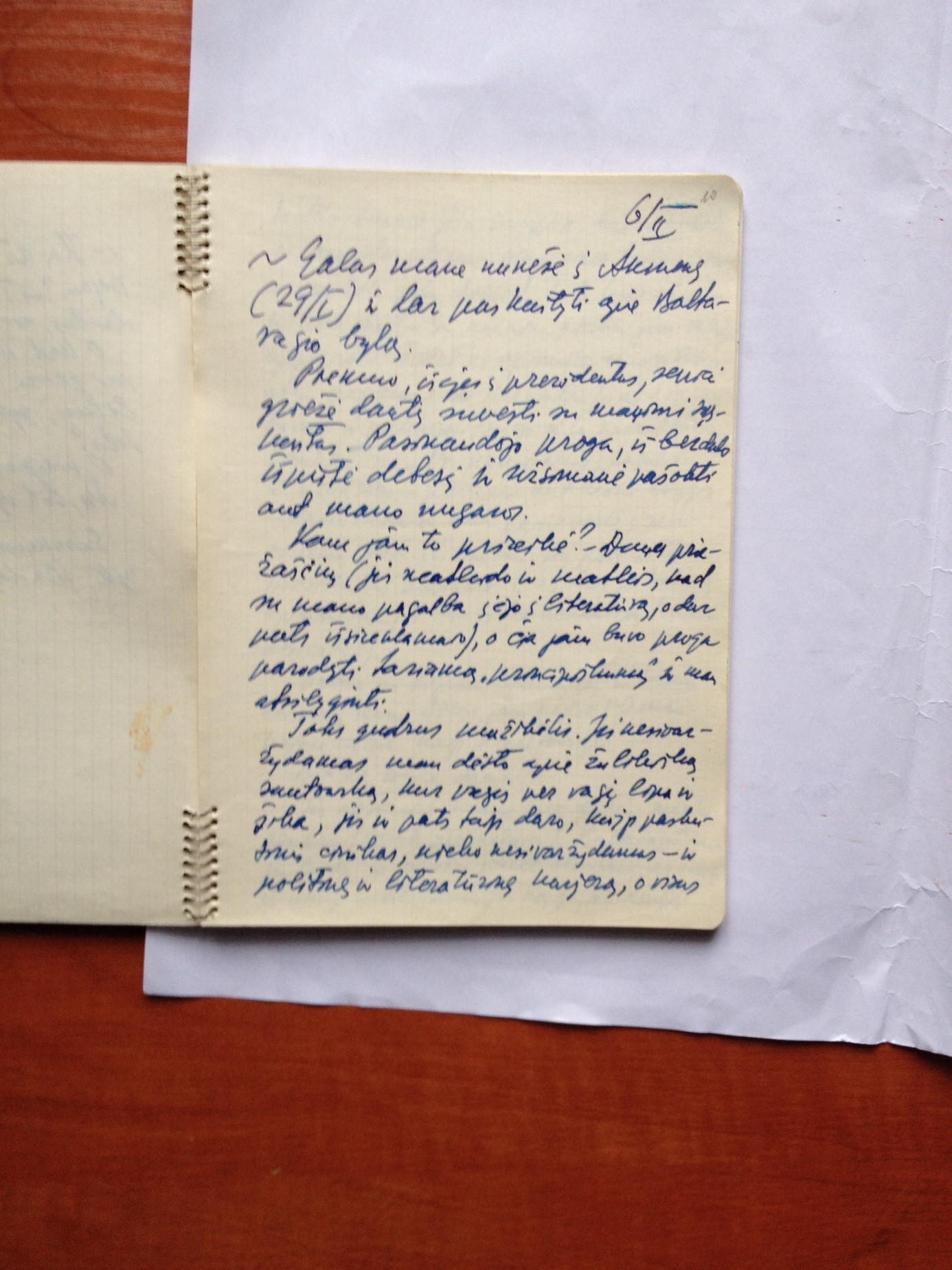 Kazys Boruta started keeping a diary in the interwar Republic of Lithuania. He wrote it with intervals practically until his death. Only a very small part of the diary was published during Soviet times, in the last volume of his collected works. In the diary, he wrote very openly about the conflicts with his superiors in the Soviet Lithuanian Writers' Union, and about his relations with the authorities in general. The diary reflects the complicated situation of the rebellious artist in the Soviet regime, who tried to protect his personal and creative autonomy.