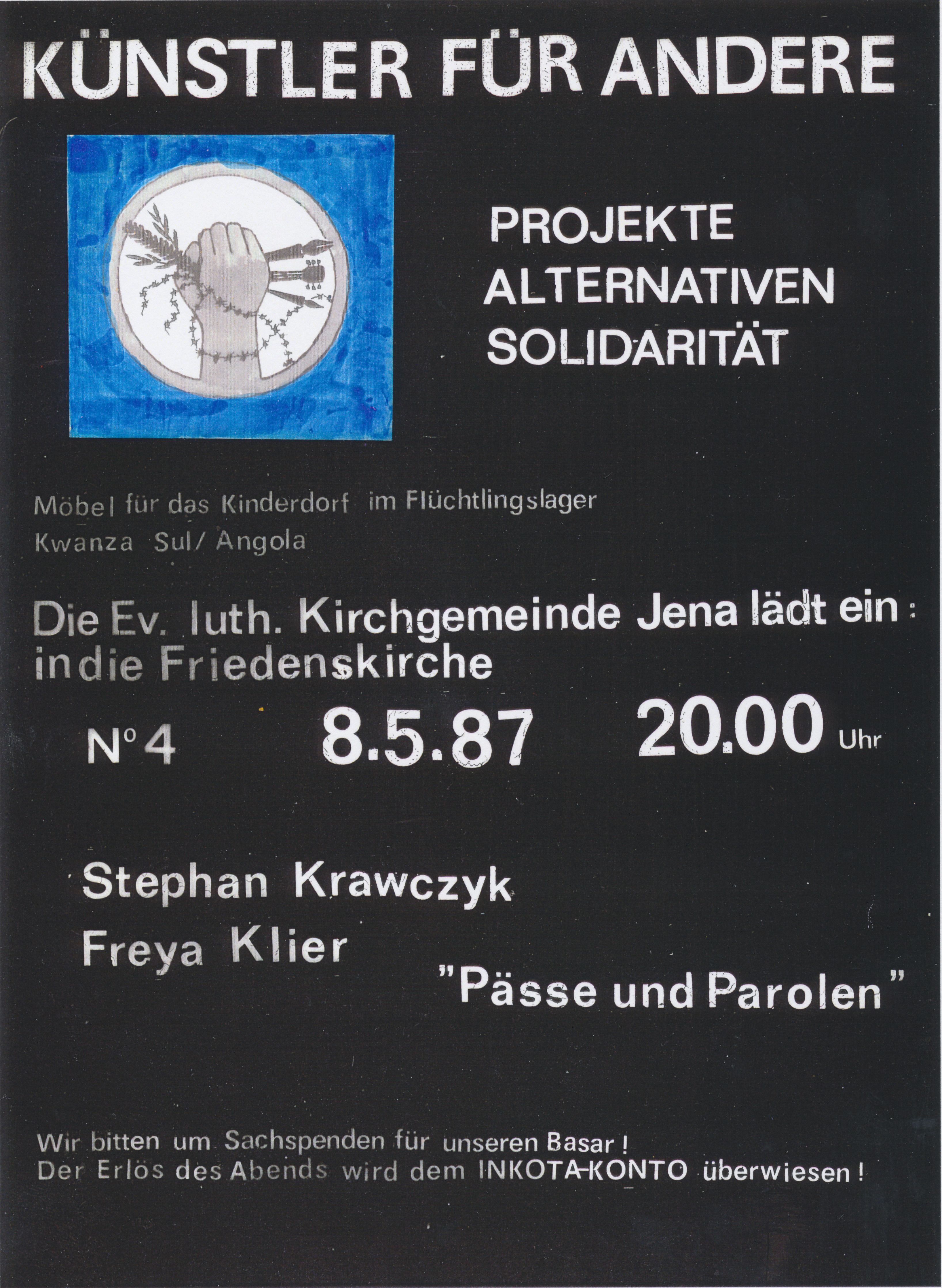 The “Artists for others” Association grew out of the group with the same name in September 1990. “Artists for others” began to organize cultural events in Jena starting in 1986. The proceeds of those events went to solidarity projects focusing on self-help in Latin America and Africa, but also to some which supported independent groups in the GDR. The collective was well-networked among the opposition groups of the GDR and organized readings, concerts, theater performances and exhibitions of artists who did not confirm to the official cultural policy of the GDR. Events were often attended by up to 200 visitors. Branches of “Artists for others” also existed in East Berlin and Halle. Since 1991, the association has been committed to building the „Matthias Domaschk" Thuringian Archive of Contemporary History. This Archive is the cornerstone of the group’s public political education outreach program. Martina Arndt, Petra and Thomas Grund, Henning Pietzsch, Carsten Hahn, Uwe Kulisch, Katharina Lenski, Reiner Merker and Andreas Ilse are among the founders and supporters of the association.