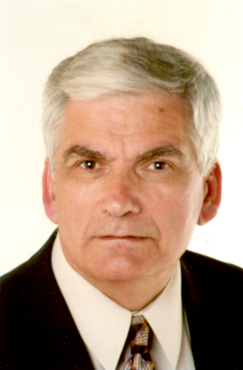 Ante Beljo was born in the village Veliki Gornji Ograđenik near Čitluk, Bosnia-Herzegovina in 1946. He attended primary school in his hometown and secondary school in Široki Brijeg. At the Faculty of Science, University of Zagreb, he studied physics, but he did not complete his studies, because in 1967 he emigrated to Austria, and then to Canada in May 1968. In Sudbury, the largest city in Northern Ontario, in addition to his regular work, he was also an active participant in Croatian cultural organizations in Canada and North America. He is one of the founders of the Croatian-Canadian Folklore Federation and was active in the work of Amnesty International. During the introduction of the multiparty system in Croatia (1989-1990), he became involved in the activities of the Croatian Democratic Union in Canada. In 1990 he returned to Croatia, and in January 1991 he established the Croatian Information Centre, an NGO with the mission of informing the international public and Croatian emigrants about events in Croatia and Bosnia- Herzegovina. From 1993 to 2000 he served as director of the Croatian Heritage Foundation. He was a member of the Croatian Parliament for two terms (elected in 1995 and 2000). In 1995 he was awarded the Order of Danica for special merits in education.