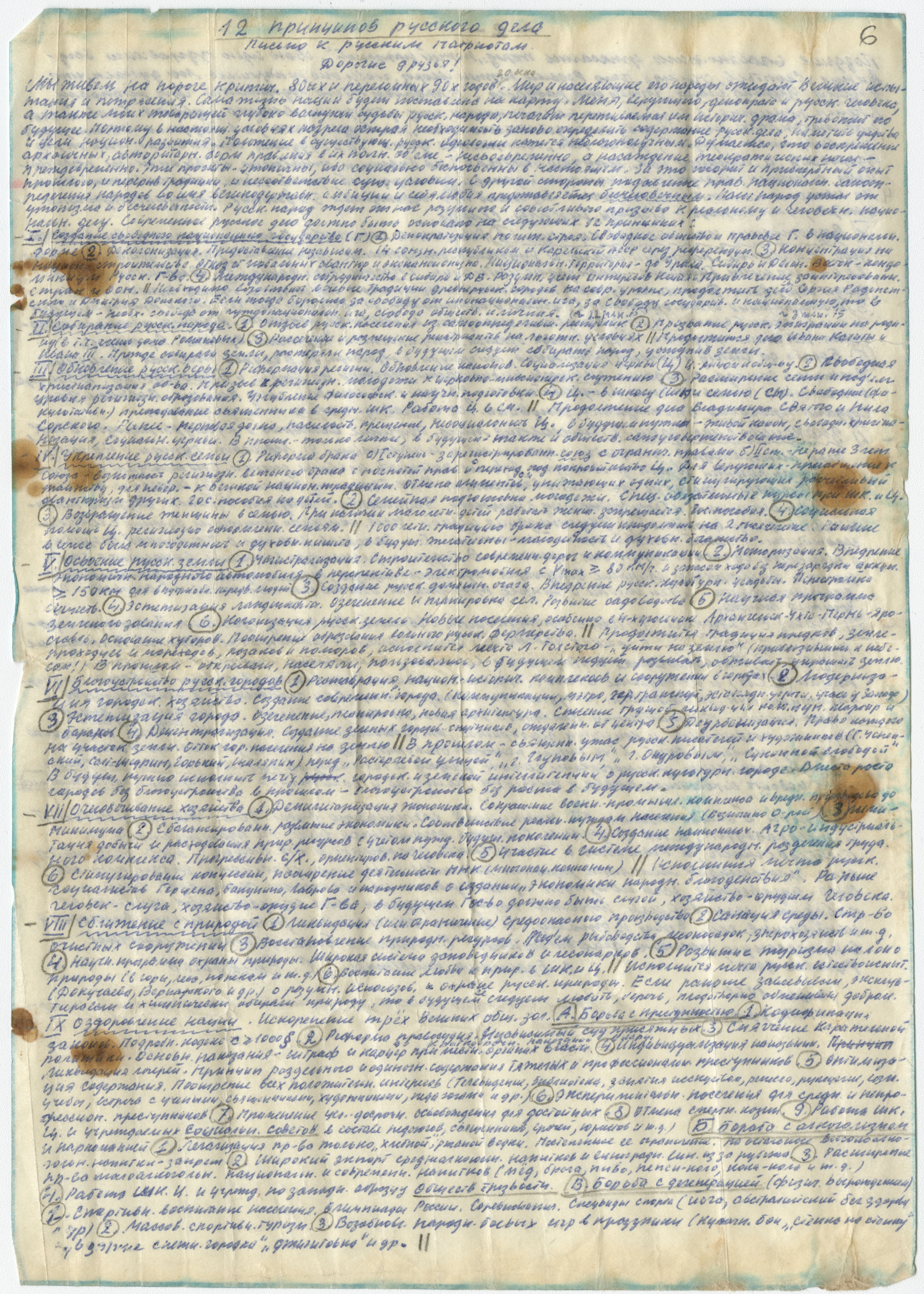 A folder contains Soldatov’s original letters and notes written on rolls of paper. His letters and notes were smuggled one by one out of the prison camp by his wife Ludmilla when she visited him. These writings included several philosophical and religious contemplations, which were later published in Soldatov’s collected works.