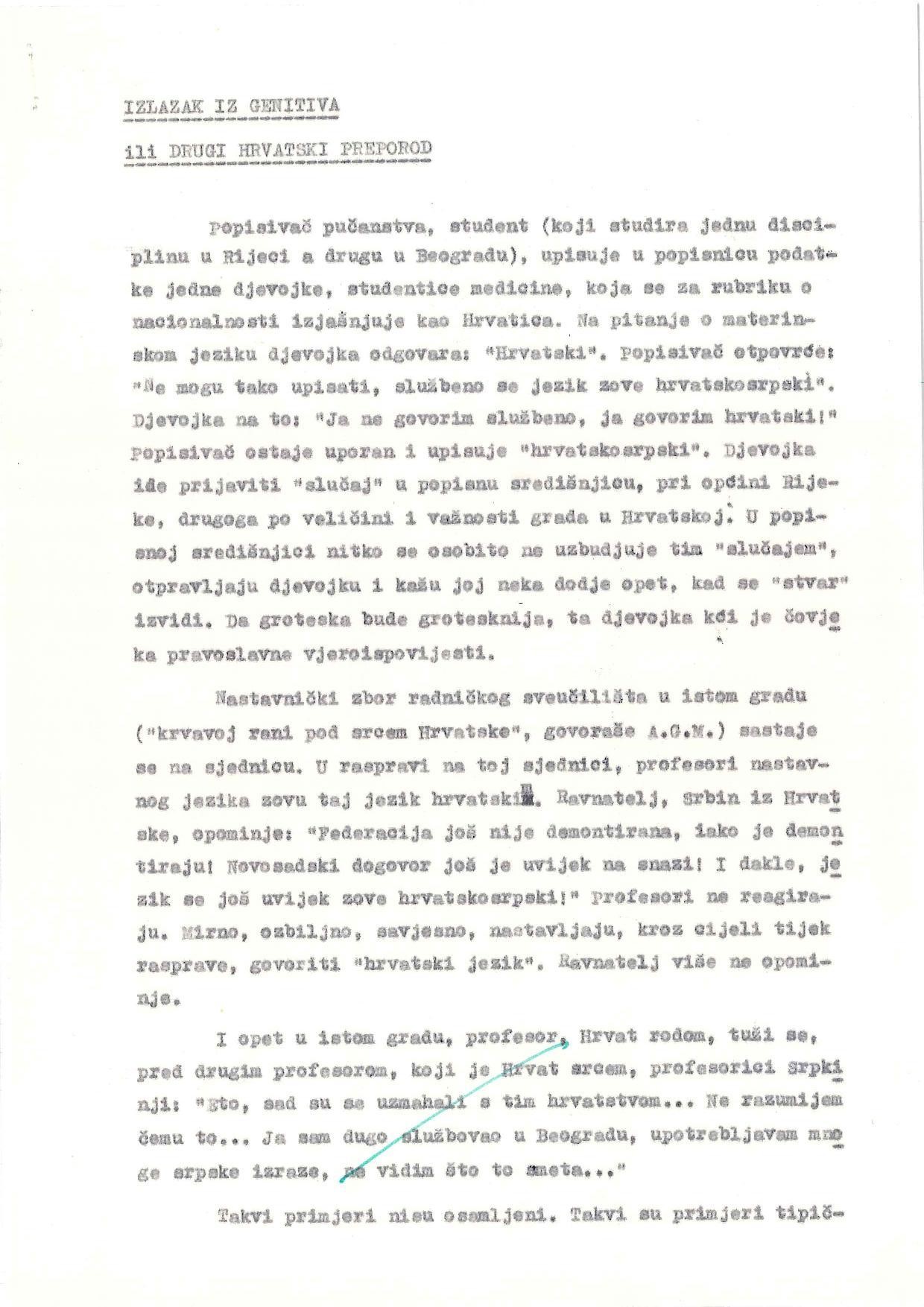 This manuscript was created at the time of the Croatian Spring, and was published in the journal Kritika in its June issue in 1971. Rendić discussed the Croatian national question under Yugoslavian socialism, with particular emphasis on the status of Croatian language and Croatian statehood within a common state. In this respect, Rendić negatively assessed the developmental logic of Yugoslav socialism, which according to her view was based on the negation of the Croatian national identity and language. The main reason for Rendić's thesis was that the “radical colonization of the Croatian language” was carried out in socialist Yugoslavia by the introduction of numerous words from the Serbian language. Precisely because of that, the “Declaration on the Name and Status of the Croatian Language” arose to resist such efforts in 1967. According to Rendić, apart from linguistic policy, the unequal status of Croatia in the Yugoslav federation was reflected politically in the fact that all republic institutions were written in the genitive case, "Croatia has been wholly reduced to a certain administrative-territorial term, so that it could only be expressed as: Republic of Croatia, Parliament of Croatia, Executive Council of the Parliament of Croatia…"(Rendić 1971: 14). This prompted the Supreme Court to rule against her, after which she was forced to retire.