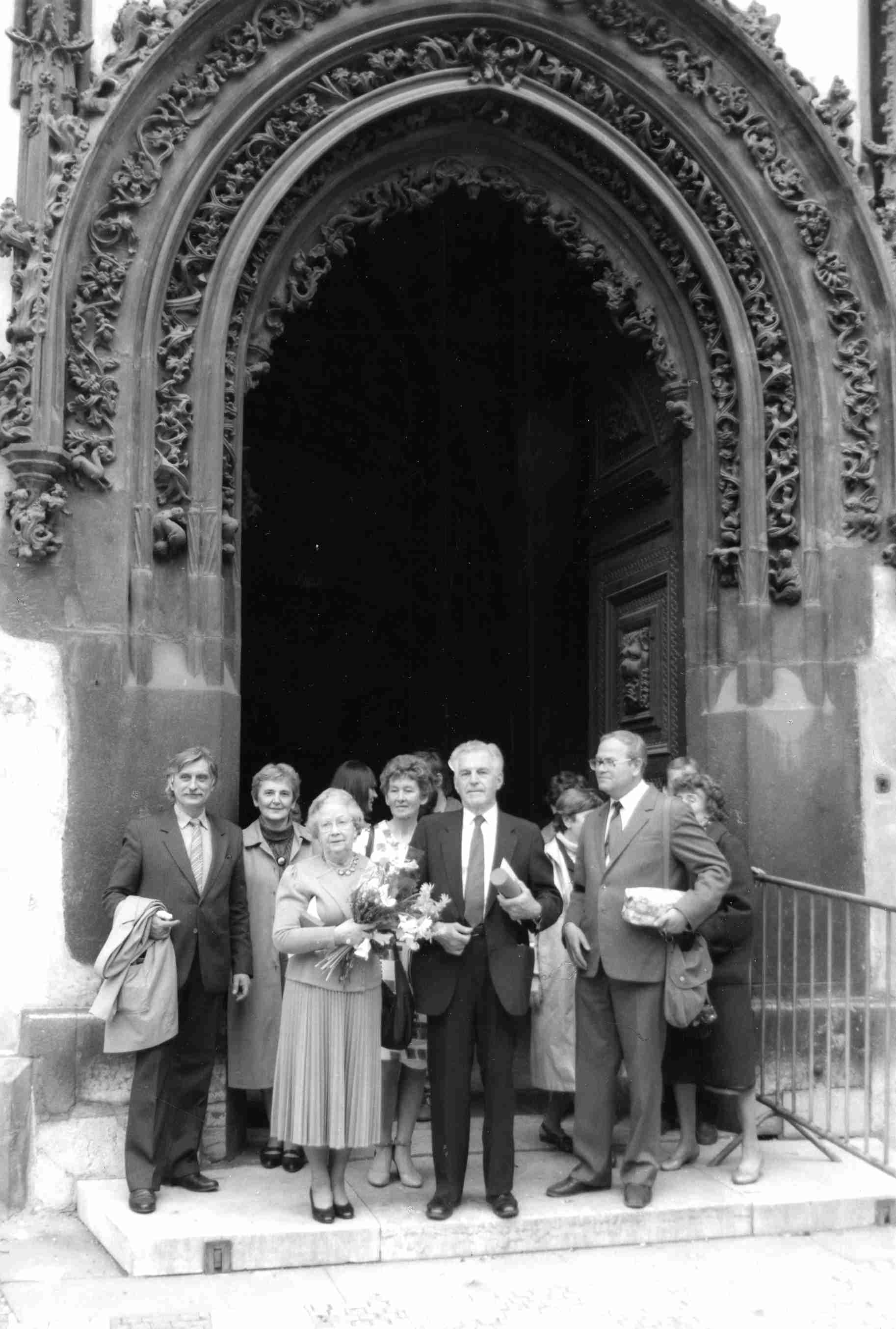 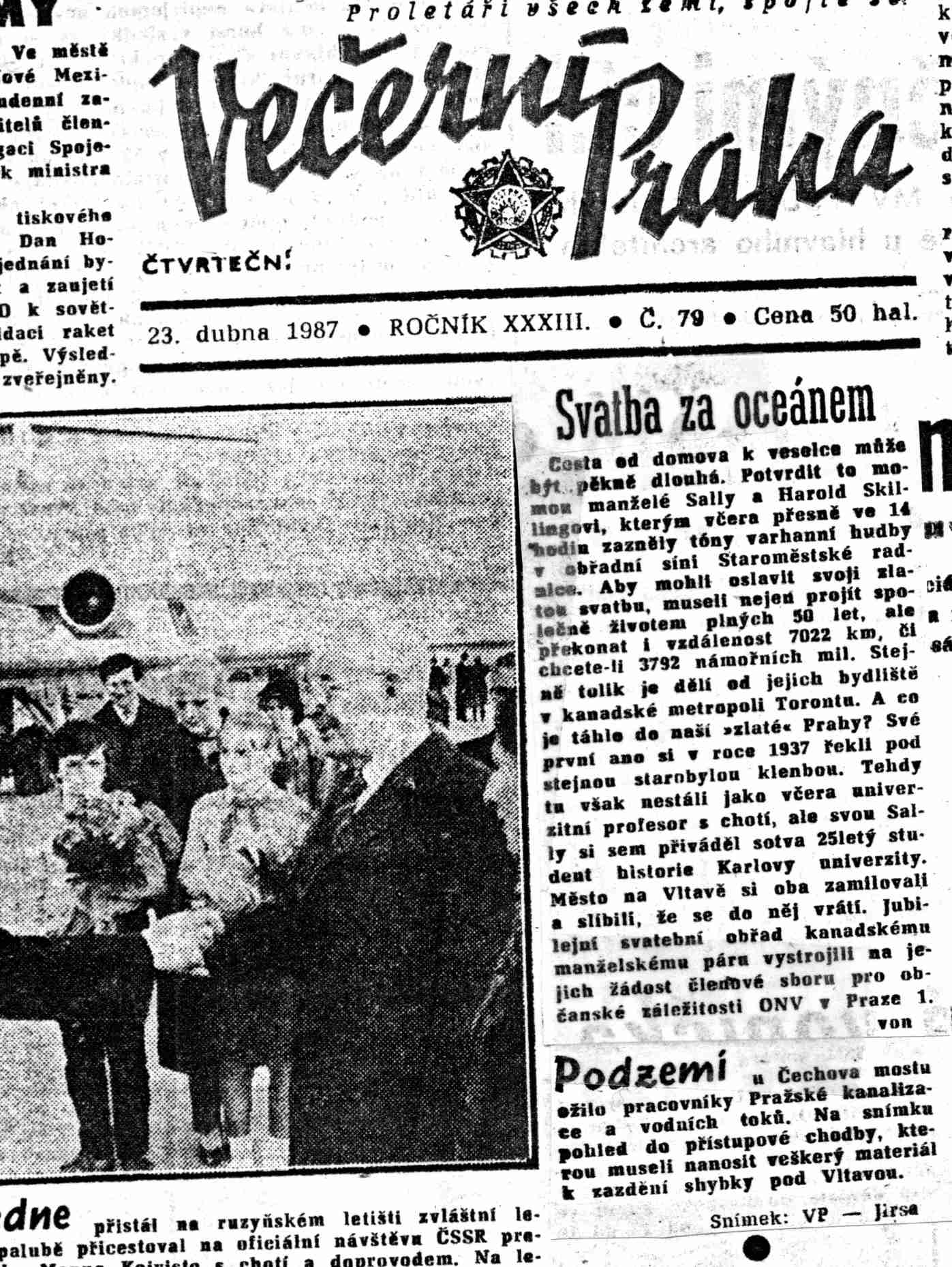 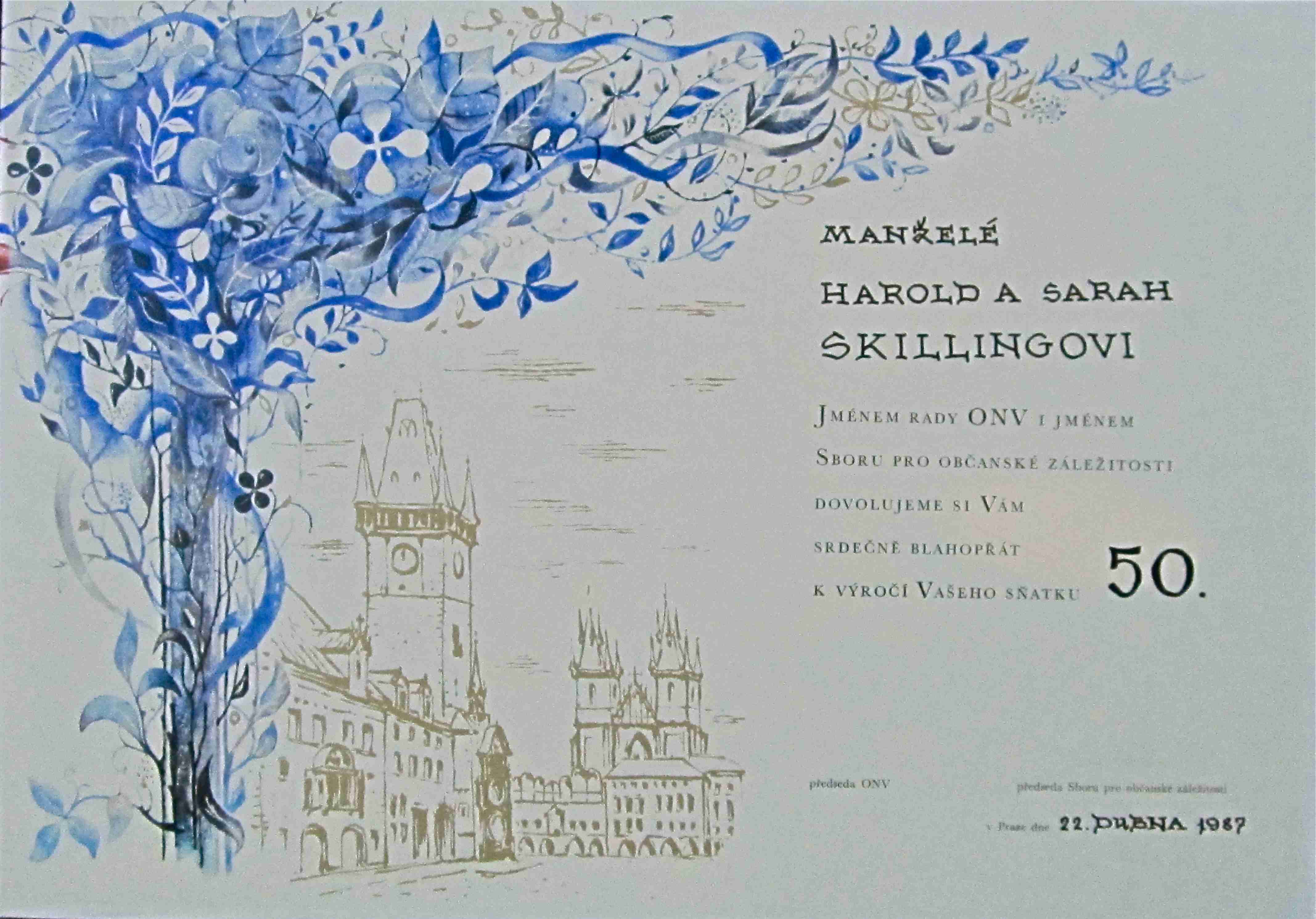 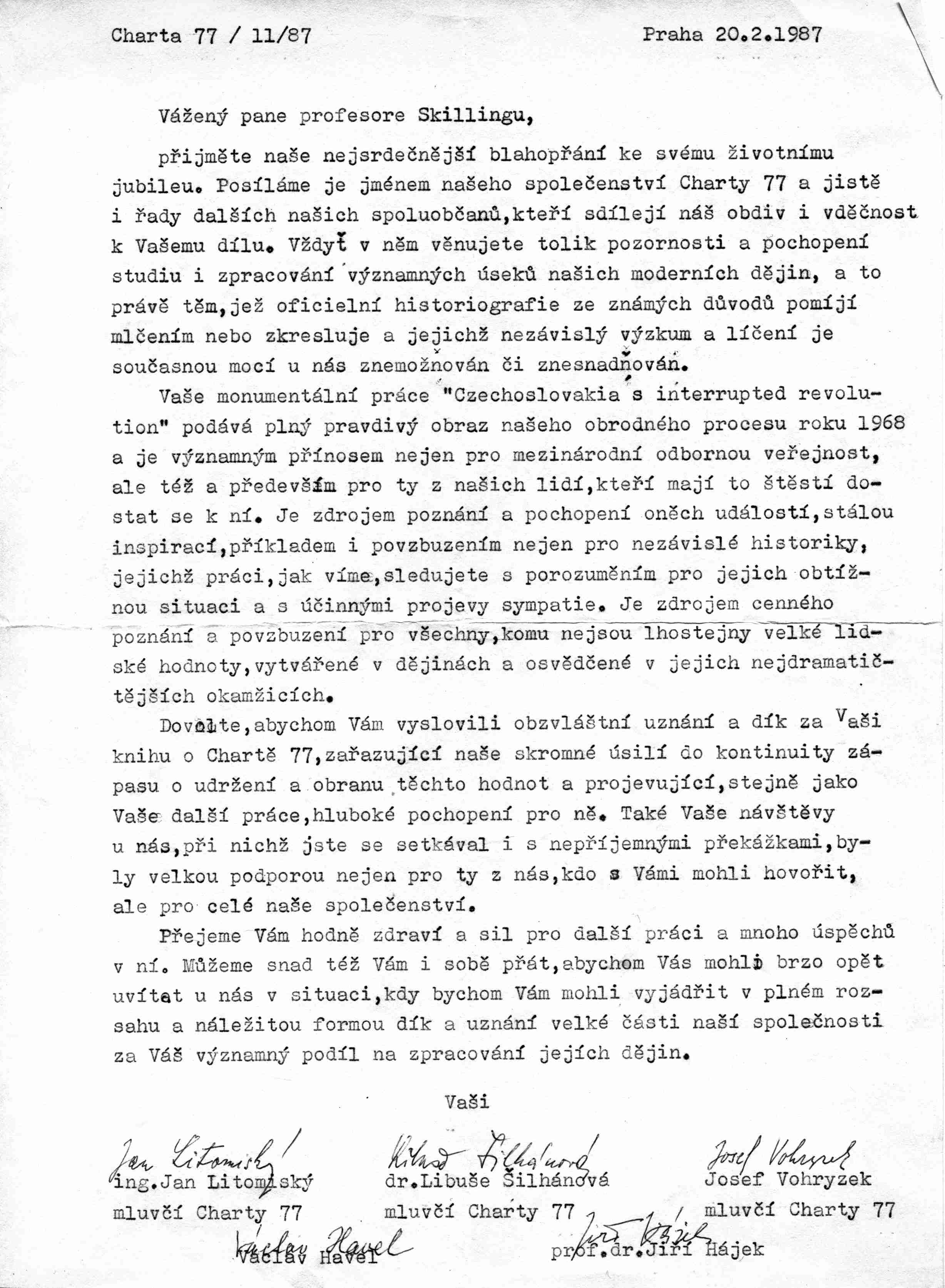 Skilling’s Golden Wedding anniversary, was at the Old Town Hall in April 1987. The journey Gordon Skilling made to Prague in April 1987, marked the celebration of Skilling's 75th birthday and the 50th anniversary of his marriage to Sally. The wedding ceremony was arranged by his dissident friends in the Old Town Hall, which was also the same ceremonial hall where they were married in 1937 (their wedding in October 1937 took place during G. Skilling’s first time in Czechoslovakia, where he studied the History of Central Europe as a student of London University). The anniversary celebration was a delicate irony in which the guests were fond of - a tribute to the "enemy of the state" because the Communists had released a number of dissidents which they had not known about. The next day in the Prague Evening, the news appeared, with a somewhat funny title, "Wedding Overseas". Jiřina Šiklová gained a great credit for this, because she paid the newspaper editors with the make-up from Tuzex at that time.

Gordon Skilling himself remembers this after years in an interview with Lidove Noviny in June 1993: "It was an interesting ceremony because perhaps all Czech dissidents - Havel, Pithart, Dienstbier and others - were present. It was strange that, in this honest ceremony, the chairman of the National Committee for Prague 1 spoke about what I did for Czech history. But he did not know that I also wrote a book about the Prague Spring, a book on Charter 77 and other things. He did not know it, and so he was very glad. Absurd situation. But the dissidents liked it. They were smiling internally. And then we had a gala dinner at the Municipal House. I like to recall the event."