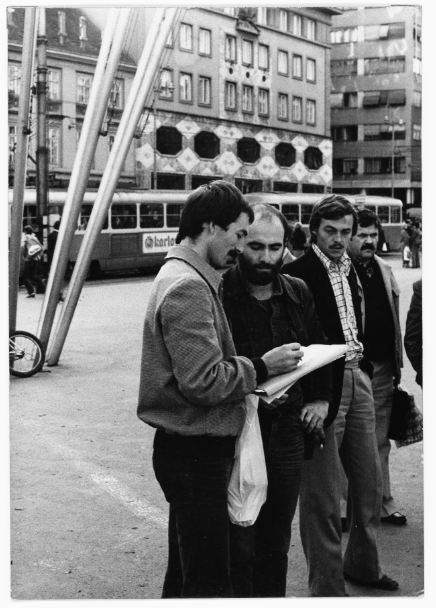 The performance or action from the "For the Democratization of Art" cycle, in which the artist collected signatures for a petition. The performance took place on Republic Square in Zagreb on October 19, 1979. In this action, Molnar asked passers-by to sign under his work and collected 45 signatures in five hours. A large number of passers-by refused to sign the petition. According to Tihomir Milovac, this was a petition that advocated for the democratization of art, but in a subversive way:- "a subversive form in which an artist, in a way urges the public and fellow citizens to even agree to something like that. To sign a petition like that.”