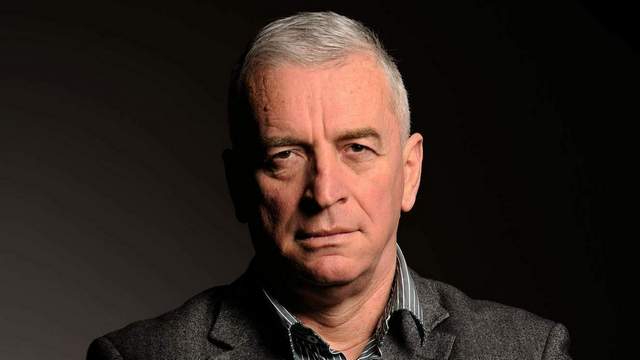 Milorad Popović is a prominent Montenegrin writer and publisher. He has written several books, including seven collections of poetry, four collections of essays, and two novels. He won the Njegoš Prize for the novel Čovjek bez lica [A Man Without a Face] and the Meša Selimović Prize for the novel Karnera. His books have been translated into many languages. In addition, he is a corresponding member of the European Academy of Poetry, based in Luxembourg, president of the Montenegrin Society of Independent Writers, and director of ARS – Review of Culture, Art and Science, which began publishing again in 1999.

Popović has been involved in publishing since 1985, when he founded, with his colleagues Mladen Lompar and Slavko Perović, the Literary Municipality of Cetinje publishing house and the literary journal ARS. He was driven to enter the publishing business given his interests in literature, poetry, and cultural topics. At the time, Popović was also attracted by political ideas opposed to communism such as the issue of national politics. He also was a critical voice of contemporary cultural and literary journal production in Montenegro and of the direction in which Yugoslav politics were moving (for him, the growing domination of Serbia and its communist oligarchy). For the abovementioned reasons and especially for his open support of Montenegrin national question and of the works of famous Yugoslav dissidents (some of which were published by the Literary Municipality of Cetinje, sometimes within the ARS journal), he was quickly labelled, together with his colleagues, as “politically inappropriate”, and he was forced to cease publishing.

Because he openly criticized the local regime after 1989 and the so-called “Anti-bureaucratic Revolution”, which became increasingly controlled by the Serbian president Slobodan Milošević, Popović began receiving death threats and was forced to leave Montenegro in 1991. He lived in exile in various places (Zagreb, Rome, Vienna, Skopje) before returning to Montenegro in 1997. With his former colleagues and a younger generation of writers, Popović re-founded ARS in 1999, which has been in publication ever since.