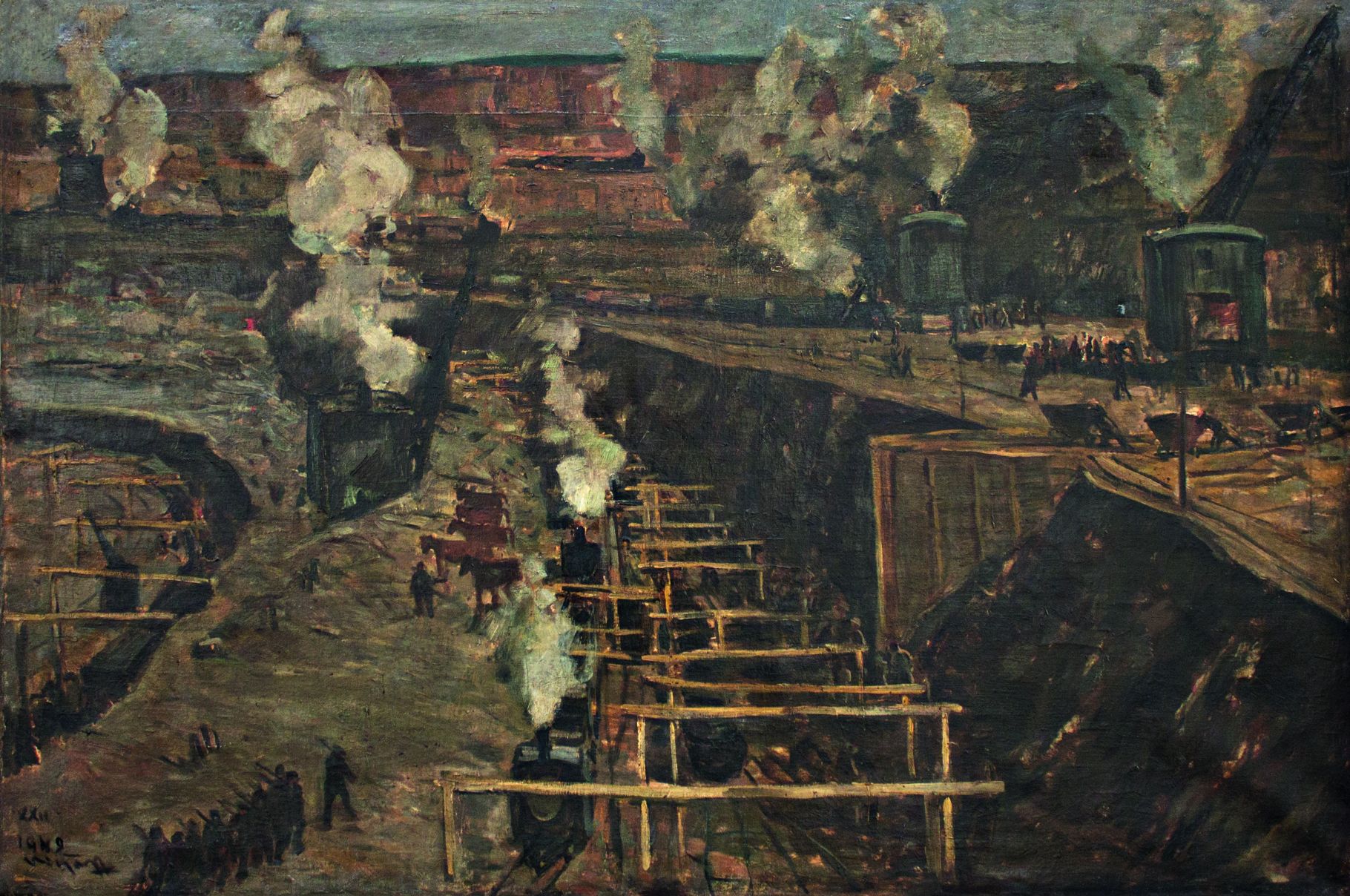 Nikola Tanev was a Bulgarian painter who studied at the Paris Academy of Decorative Art. Tanev had 28 independent exhibitions in Bulgaria and 27 exhibitions in various European countries: Berlin, Innsbruck, Mannheim, Frankfurt am Main, Hamburg, Leipzig, Stuttgart, Rome, Milano, Amsterdam, Stockholm, Malmö, Warsaw, Prague, Brno, Budapest, Bucharest, Belgrade, Zagreb, Split. He was among the founding members of the Native Art Society. There is no evidence that he was involved in political activities and party and political struggles before 1944. He was not a member of any political party and organization. His elder brother Stefan Tanev (March 15, 1888 – 1952) who was also non-party related was a long-time editor-in-chief of the Utro [Morning] Newspaper (1911 – 1944).

Both brothers were arrested in September 1944 by the so-called "people's democratic power". Stefan Tanev was arrested on September 13, 1944 and sentenced by the so-called People's Court to life imprisonment. In 1952, he died in prison under obscure circumstances. Nikola Tanev was arrested on September 26, 1944 and spent six months in the Central Prison and various buildings adapted for prisons for "political criminals". The intellectuals prevailed among the criminals; there were many painters arrested: Rayko Aleksiev, Aleksandar Bozhinov, Boris Denev, Konstantin Shtarkelov, Aleksandar Dobrinov. After September 9, 1944, the authorities used as a reason for repressions the works of the painters and the reports against them. A joke of the painter Aleksandar Bozhinov from the time he was in jail is preserved: "It is an honour and pleasure to fall among such an intellectual elite! No serious intelligentsia left outside." Tanev as well as the other painters continued their work in the prison; they drew on wrapping paper, on sheets of paper from grocer's books, on accounting forms etc. There are numerous prison sketches, portraits and drawings of the interior of the cells preserved which are of great documentary value.

Nikola Tanev was released from prison in April 1945 with the explanation that he had been imprisoned by mistake. In this period, the painters were openly given propagandist assignments: to approve through their art the "activities of the people's power" and to contribute to the building of socialism. "The period from 1944/1945 to 1955 was extremely important for the development of communism – the socialist realism got its way and the accusations of "formalism" intensified. The "pure landscape" was not in position to solve such tasks thus it was declared unimportant. In documents from the sessions of the art juries one could see the arguments for the rejection of paintings of Nikola Tanev. For example: "The landscape is too relative... This is not an artistic work. I am against its acceptance." (with reference to his painting "Slaveykov Square").

Experiencing the sanctions of the authorities, in order to survive, N. Tanev deliberately decided to take part with his art in the process. However, the differences in relation to Tanev's previous landscapes are significant: the sunny multicolouredness and the jubilant feeling were replaced by distressing autumn and winter pictures; heavy and leaden sky; drizzly; denuded trees; small grey figures. Grey-brown monochromy oppresses everything. A bright example are the miner's compositions of Nikola Tanev. Praised by the state art critique who saw in them a "new stage in his creative work" that approved the "building of socialism" (Божков 1956: 22), these paintings of Tanev show the dark conditions of work in the mines near the town of Pernik which functioned as forced labour places.

In 1949, Nikola Tanev had an apoplectic stroke and two years later – a myocardial infarction. Semi-paralysed, in 1955 he was awarded "honoured painter", a title related to small monthly subsidy which enabled him to take treatments. Nikola Tanev died in 1962.

After the political changes in 1989, the life and work of Nikola Tanev became a subject of many analyses. His art is considered an organic part of the European art but at the same time related to the national way of life.

Until the exhibition "Forms of Resistance" there were no documents published related to Nikola Tanev's stay in prison and there was no connection made between his paintings "Pernik Mines" and the series "Kutsiyan", on the one hand, and his life in prison, on the other hand.