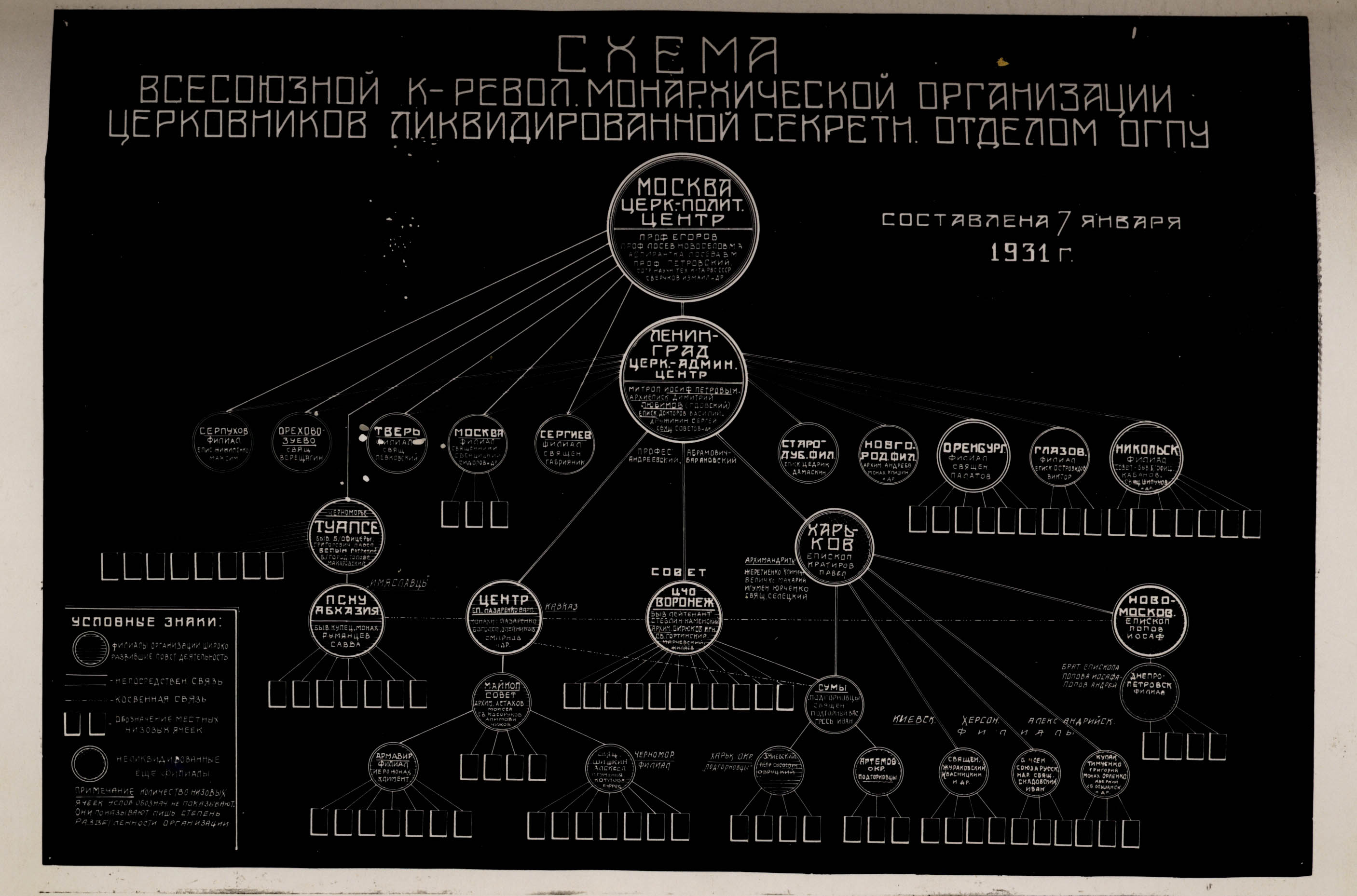 The Hidden Galleries collection features a number of so-called network schemes created by the secret police and offers the unique possibility to compare examples from a number of different national contexts and time periods. Network schemes were created by the secret police as visual tools developed to envision underground religious communities as centralized and hierarchical organizations. Such schemes, which were devised by the Soviet secret police but were also used in Romania, Hungary and elsewhere, depict the network of insurgent religious and political organizations from bottom to top and include complex sets of social links and hierarchical relations as perceived by the secret police. Local religious groups are routinely represented as interconnected and subordinated ‘cells’ of highly organized vertical networks with groups made to fit the same organizational logic whether this reflected reality or not. At the same time, the schemes were also used to show the results in progress of secret police operations against the targeted groups. The schemes sometimes indicate which individuals had been arrested within the network and the number of arrested believers in the repressed group as well as showing which groups and individuals remained free or under surveillance. The network schemes were either printed using photo-printing technology, sometimes including collections of photographic images of those represented, or were hand-drawn.