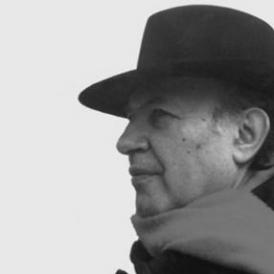 Imre Kertész was born in Budapest in late 1929. As an assimilated Hungarian Jew, in June 1944 at the age of fourteen he was deported to Auschwitz and from there to Buchenwald, where he was liberated in 1945. On his return to Hungary, he worked for a Budapest newspaper, Világosság, but he was dismissed in 1951 when it adopted the Communist Party line. After doing two years of military service, he began supporting himself as an independent writer and translator of works by German-language authors, such as Nietzsche, Hofmannsthal, Schnitzler, Freud, Roth, Wittgenstein, and Canetti, who all had a significant influence on his writing.

Kertész's first novel, Sorstalanság (Eng. Fateless, 1992; see WLT 67:4, p. 863), a work based on his experiences in Auschwitz and Buchenwald, was published in 1975. “When I am thinking about a new novel, I always think of Auschwitz,” Kertész said. This does not mean, however, that Sorstalanság is autobiographical in any simple sense. Kertész himself said that he used the form of the autobiographical novel, but that his novel is not autobiography. Sorstalanság was initially rejected for publication. When published eventually in 1975, it was received with compact silence. Kertész has written about this experience in A kudarc (1988; Fiasco). This novel is normally regarded as the second volume in a trilogy which begins with Sorstalanság and concludes with Kaddis a meg nem született gyermekért (1990; Eng. Kaddish for a Child Not Born, 1997; see WLT 74:1, p. 205), a title which refers to the Jewish prayer for the dead. In Kaddis a meg nem született gyermekért, György Köves, the protagonist of Sorstalanság and A kudarc, reappears. His Kaddish is said for the child he refuses to have in a world that permitted the existence of Auschwitz. Other prose works by Kertész include A nyomkereső (1977; The Pathfinder) and Az angol lobogó (1991; The English Flag; see WLT 67:2, p. 412).

Gályanapló (Galley diary; see WLT 67:2, p. 412), a diary in fictional form which covers the years between 1961 and 1991, was published in 1992. Valaki más: A változás krónikája (1997; I - Another: Chronicle of a Metamorphosis), continues this inner monologue in the form of notes made during in 1991–95. After the political upheavals of 1989, Kertész was able to make more public appearances. His lectures and essays have been collected in A holocaust mint kultúra (1993; The Holocaust as Culture), A gondolatnyi csend, amíg kivegzőoztag újratölt (1998; Moments of Silence While the Execution Squad Reloads), and A száműzött nyelv (2001; The Exiled Language).

After 1989, Kertész’s works were published in translation in several languages, including German, Spanish, French, English, Czech, Russian, Swedish, and Hebrew. His books were received as a shocking revelation by both critics and the public. This series of international successes eventually paved the way to Stockholm in 2002, where he was awarded the Nobel Prize in literature by the Royal Swedish Academy.

Kertész lived for roughly fifteen years in the last two decades of his life in Berlin, and he gave most of his manuscripts and documents to archives in Germany. He died at the age of 86 in Budapest in the spring of 2016.