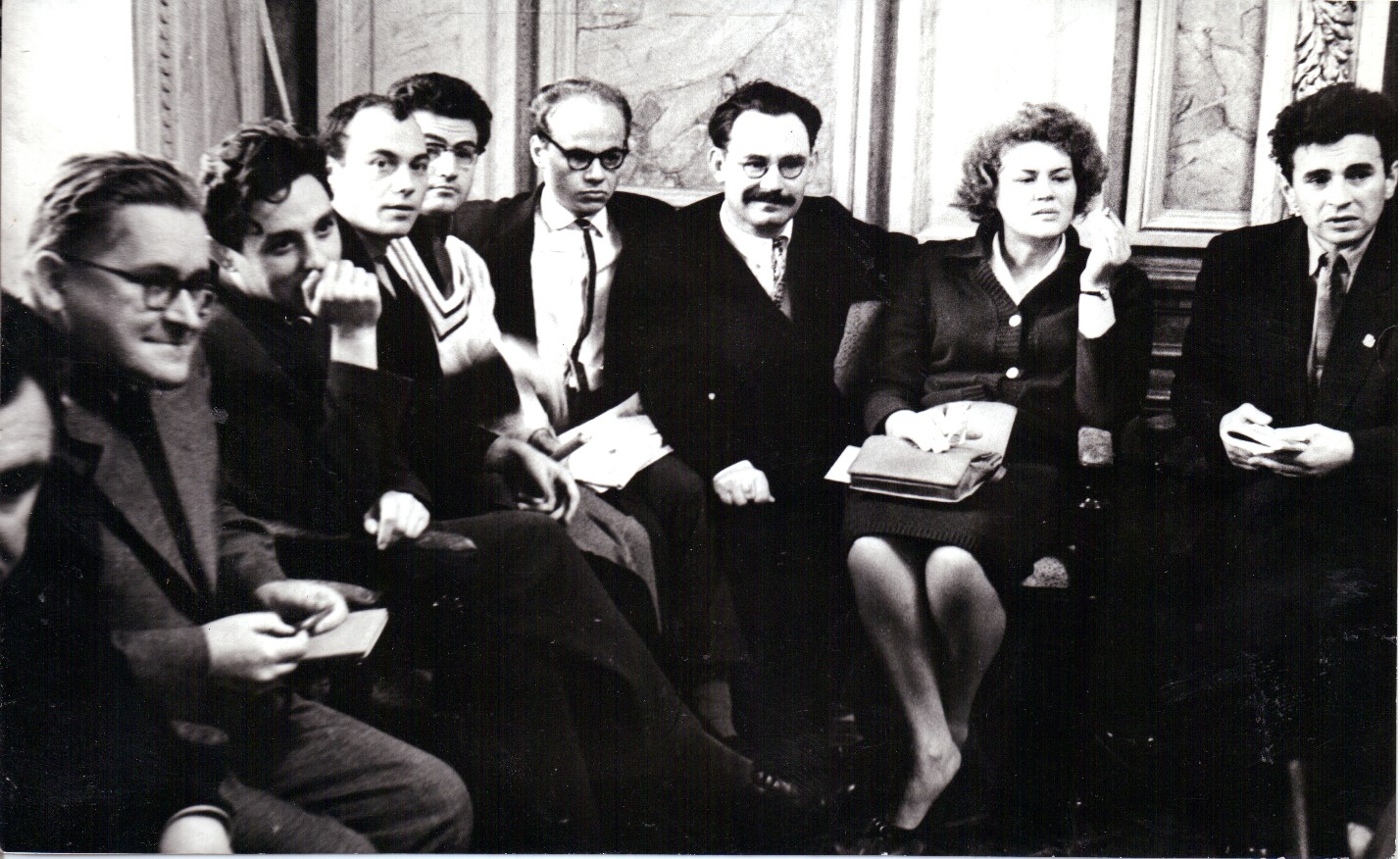 Yevhen Sverstiuk was an essayist, historian of literature, writer, philosopher, psychologist and president of Ukrainian PEN-club. He was one of the most active members of the Club of Creative Youth in Ukraine (founded in 1960) alongside many other well-known sixtiers like Alla Horska, Ivan Svitlychny, Ivan Dziuba, Vasyl Stus, Liudmyla Semykina, and Halyna Sevruk.

He did graduate work at the Institute of Psychology in Kyiv and Odesa University, where he received his candidate's degree in 1965. After that, Sverstiuk worked as a teacher in Ternopil oblast and the Poltava Pedagogical Institute, while also publishing articles and reviews in Soviet literary periodicals. Due to his criticism of Russification and other injustices, he was blacklisted by the authorities and dismissed in 1965 from his job at the Kyiv Pedagogical Institute. Even so, Sverstiuk was a prolific writer, his texts published as samizdat and also in émigré periodicals. Sverstiuk authored one of the most popular and important samizdat texts written to come out of Ukraine “Regarding the court process over Pohruzhalsky.” Together with Horska, Lina Kostenko, and Ivan Dziuba and Viktor Nekrasov wrote an open letter criticizing the regime’s treatment of the journalist Viacheslav Chornovil. He also signed the “letter of 139” sent to General Secretary Leonid Brezhnev in April 1968 protesting trials of young Ukrainian artists.

Sverstiuk was fired from his job at the Ukrainian Botanical Journal in December 1970 for his eulogy at Alla Horska's funeral. Like many of his friends and colleagues, Sverstiuk was arrested during the sweep conducted in mid-January 1972, sentenced by a Kyiv court to seven years hard labour in the camp Perm-36 and five years in exile in the Buriat ASSR, in Siberia. He was released in 1983 and returned to Kyiv where he found work as a carpenter, a job he lost after traveling to Moscow to meet with other dissidents at the US Embassy. He was a defender of human rights until his last days, joining his fellow dissidents and other demonstrators at the Euromaidan protests that erupted in the winter of 2013-2014, just months before his death in December 2014.