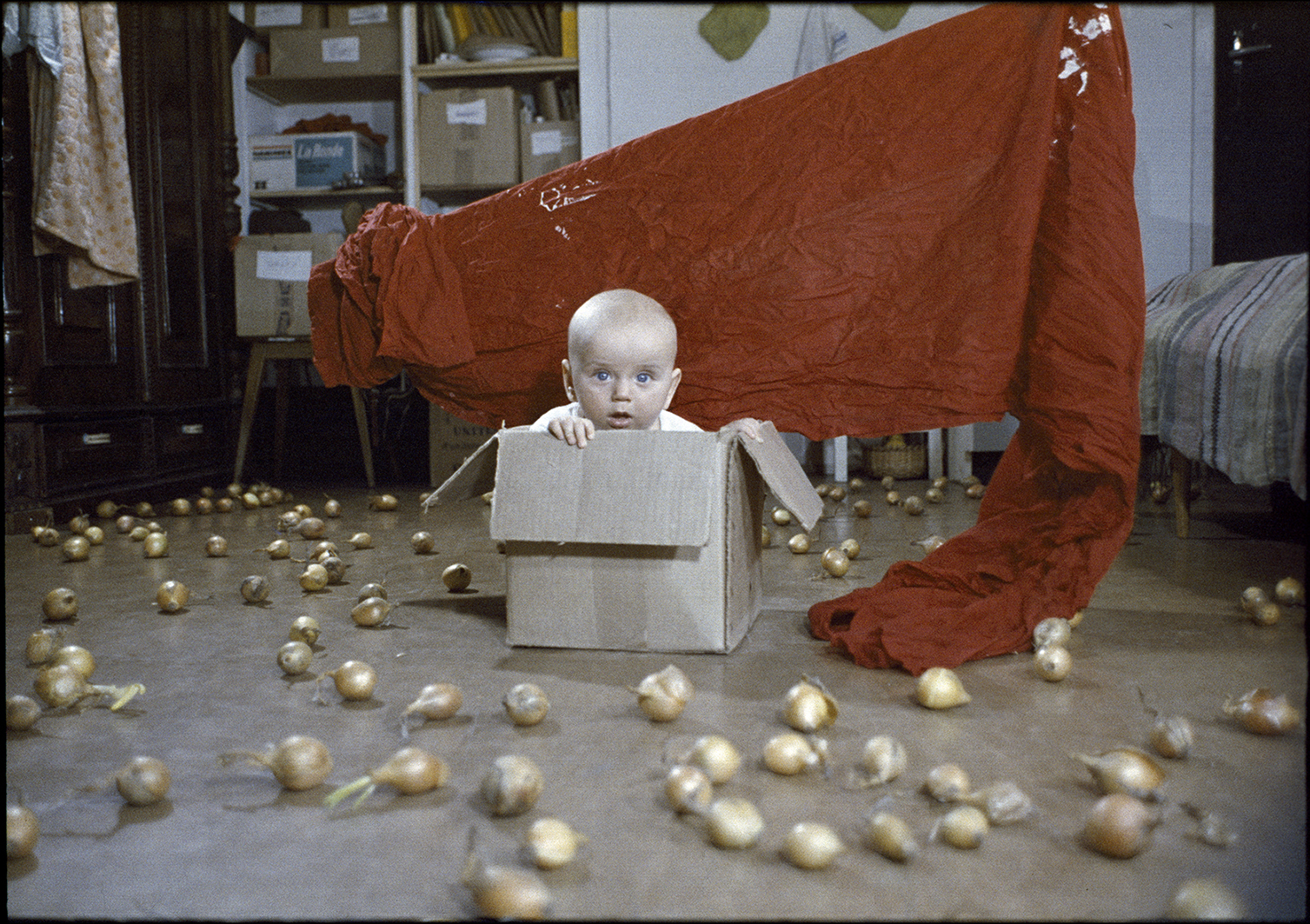 As soon as their son was born, Zofia Kulik and Przemysław Kwiek started “using” him in their artistic experiments.
There are over 900 photographs from the years 1972-1974 where the newborn is composed into spatial-visual settings with everyday objects, most often in the private apartment of the artists.
On one occasion he is placed in a baking pan circled with a cutlery ornament. Another time he is sitting in a metal bucket in a sink or is looking with keen interest out of the toilet bowl. The artists arrange around their son circles and patterns made of onion, lumps of ice, or the books they are reading at moment (Wittgenstein's Philosophical Investigations).
These arrangements often feature the symbol of the communist state, i.e. the red banner. But the images also reveal the material misery of the décor and furnishings, the poverty of the Polish People's Republic, magnified by the material paucity of the hackworking artists.
By writing about the “use of their child in art”, Kwiek and Kulik signalled that they were aware that employing their child as a prop or a component of a work of art was controversial. As one of the contemporary commentators noted, their actions were “equally methodical and instrumental.”
The set-ups of the photographs are by no means incidental. Inspired by academic lectures, the artists wanted to translate the “mathematical and logical operations” to visual actions, and discover methods of doing analogous actions in their own field.
Revealing the poverty of their daily life was also interpreted as related to “the ideological dilemmas o Kwiek and Kulik, whose leftist ideas were too radical for the conformist party apparatus.” The entire project was seen as an attempt to “translate the experience of being a parent, being bound by the bureaucracy, and being an artist at the mercy of «people's» government into the language of art.” (Adam Mazur).