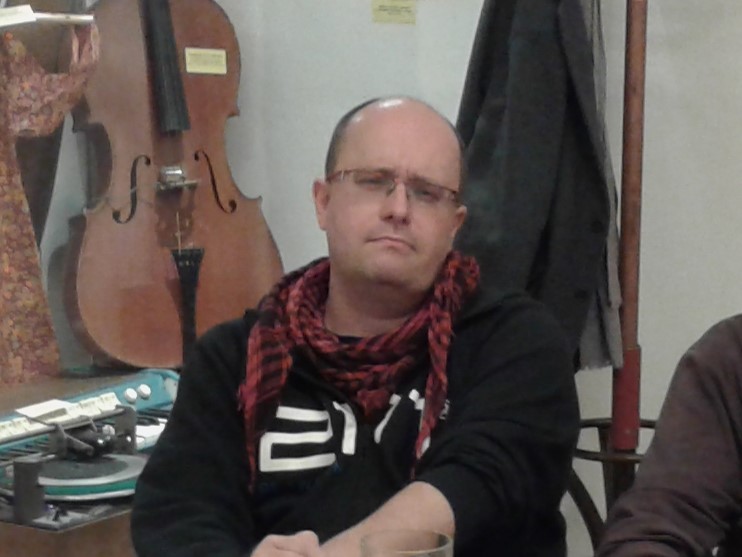 Radek Diestler is a Czech music journalist. He studied history and archival science at the Faculty of Arts, Charles University in Prague. He has published articles in the music magazine Report since the beginning of the 1990s and worked as a journalist and editor of the magazine Rock&Pop between 1995 and 2002. He was an editor of a department of culture of news website iDNES.cz until 2008. He is also the author of several columns related to the Pilsen region and texts about its music history. He collaborated on the filming of the documentary TV series Bigbít (1998, Czech Television). He initiated the founding of the museum and archive of pop music (the Popmuseum), where the archive materials were originally stored after they were collected for the filming of the TV series.