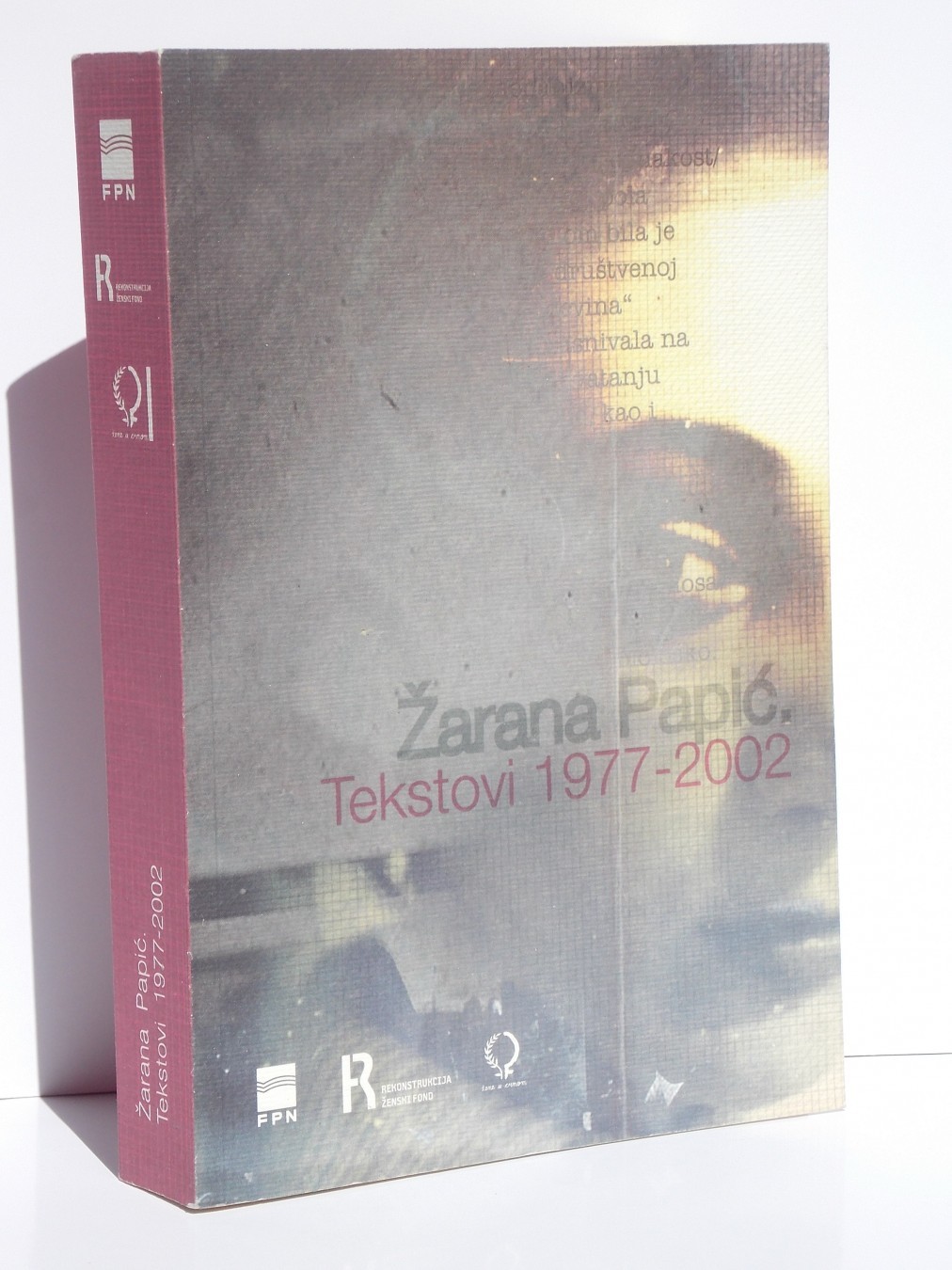 This edited volume of Žarana Papić’s writings between 1977 and 2002 represents the work of Žarana Papić from the start to the end of her research activity. In addition, the editors intended to include a wide range of issues Papić dealt with, as well as how these issues changed throughout the time she worked on them. That is why each text is briefly put into the social and cultural context in which it appeared. This brief introduction can be read as a short summary of her works.

The compilation also includes a complete bibliography of Žarana Papić’s works and two interviews with her. In the bibliography it can be seen that Papić’s texts were published in Serbian, English, German, French, Albanian, Slovak and Norwegian.

This book can be read as a comprehensive chronological representation of Žarana Papić’s theoretical work. It is significant that while reading the selected texts, from the first one in 1972 to the last in 2002, it becomes clear that the texts weave through different histories: the history of feminist movement, history of (Yugoslav/Serbian) sociology and anthropology, and ultimately the history of a fallen political system and its transformation.

Although the context and theoretical interests of Žarana Papić changed, there is a common thread linking all of her texts: the feminist perspective. In this sense this selection can be understood as an attempt to fully present the authentic testimony of a person who was feminist in thought and action and to present the development of feminism in the territory of the former Yugoslavia.