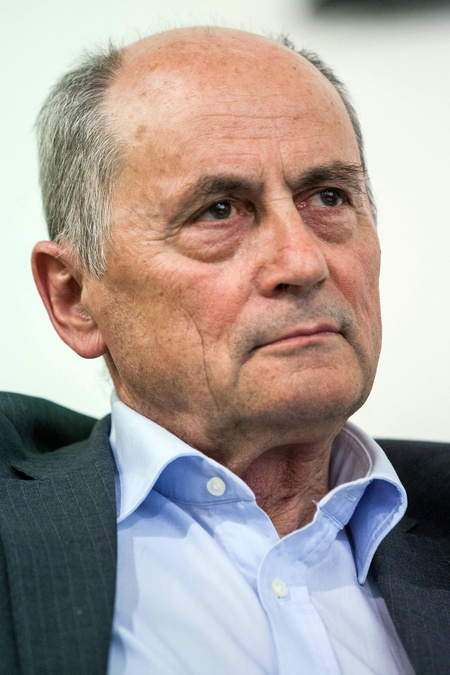 Ján Čarnogurský (*1944) is a Slovak lawyer and politician, a former Prime Minister of Slovakia (1991-1992) and the former Chairman of the Christian Democratic Movement (1990-2000). He studied Law at Charles University in Prague (graduation in 1969) and at Comenius University in Bratislava (Doctorate in 1971). In 1981, he was deprived of his attorney-at-law licence by the Communist authorities because of his attorney activities in political cases with the regime’s critics. However, he continued to provide legal advice to the opposition, Charta 77, and religious activists. He was an important figure in the Catholic Secret Church in Slovakia and, between 1987 and 1989, he published illegally the magazine Bratislavské listy [Bratislava Papers].
Ján Čarnogurský was an advocate in many well-known cases involving religious activits in Slovakia. He recalls one of these from 1978: " During a house search the ŠtB found many samizdats with a Catholic orientation. I remember very clearly that they took all of them first to pre-trial custody. At the time I was lawyer in Bratislava, but I was already known in the secret church as an defence lawyer or legal adviser for dissidents or religious activists.
... I couldnʼt defend others in the trial, because there would be conflicts of interest. During the house search police found most of the samizdats in Adámekʼs house. After all, he was also a printer; and if I remember it correctly, the name of the case file was Josef Adámek and co. During the interrogation all of the accused behaved very bravely. They never blamed each other. They couldnʼt deny the possession and production of samizdats, for many were discovered in their houses. They argued that according to the Pacts on Human Rights, published in the Czechoslovak Collection of Laws, it was their right to produce such samizdats. "