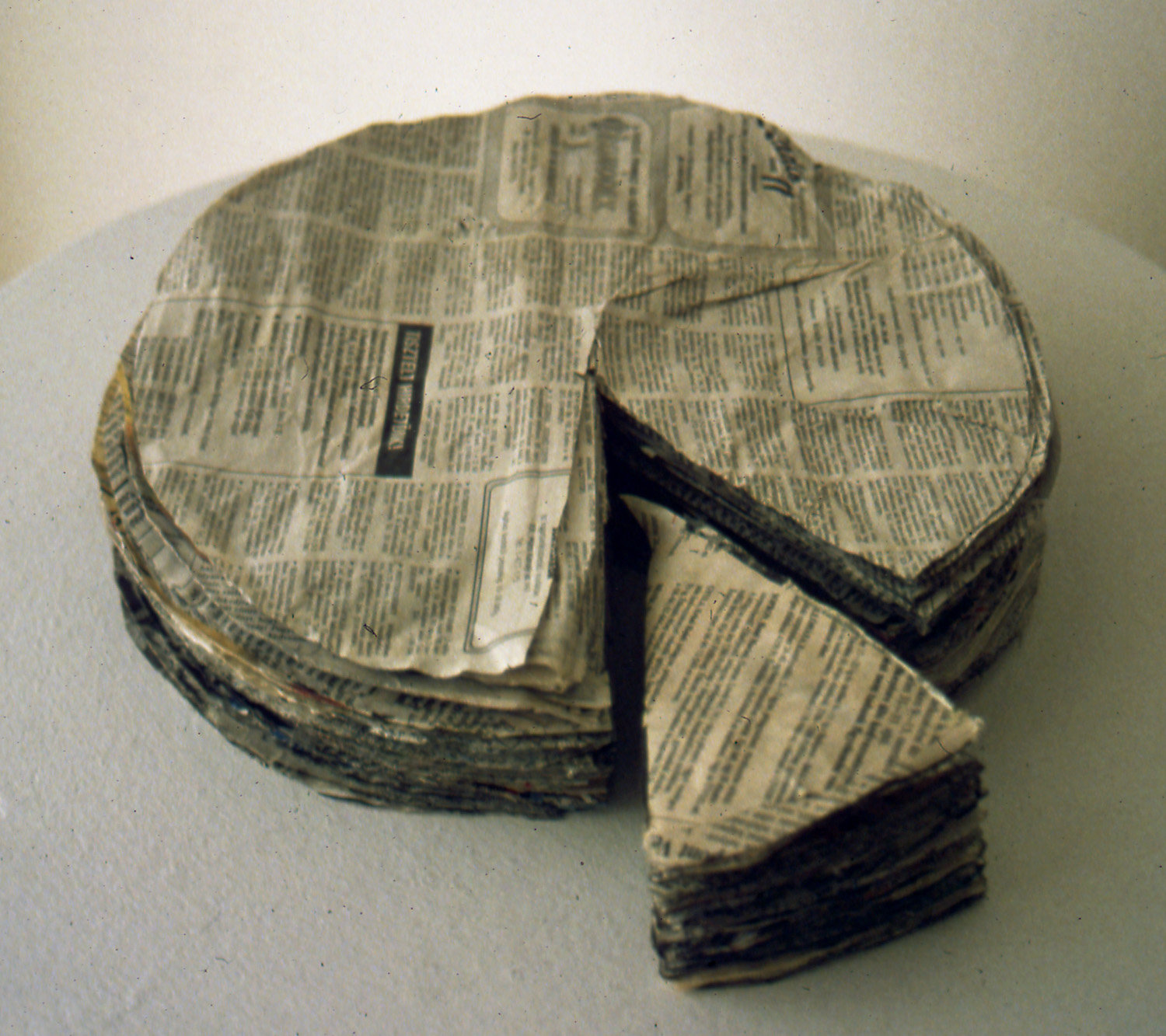 The first realization of Miklós Erdély’s idea of the Newspaper Cake was made by Gábor Altorjay in 1967. The version in the Artpool’s collection was done on the occasion of the exhibition 3×4 in 1993 by the organizers following the original concept. Regarding Erdély’s idea in the 1960s, the “cake” is constructed of round newspaper cut-outs glued to one another and sliced up as a cake. Tamás Szentjóby referred to the cake as a dish that is “eaten by everybody every day,” interpreted as a metaphor, for “stuffing” society with information.