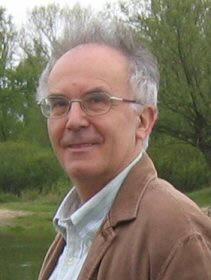 Tomaž Šalamun was a Slovenian poet and leading figure of post-war neo-avantgarde poetry in Central Europe. He was internationally acclaimed as an absurdist writer. His books of Slovene poetry have been translated into twenty-one languages.

In the 1960s, Šalamun participated in various student movements. In 1964 he was imprisoned because of an article in the journal Perspektive [Perspectives] in which he criticized the cultural politics of the Yugoslav communist regime. He was released after one week due to the protest of important Slovenian intellectuals, close to the regime. During this time, he met with the political poet and dissident Edvard Kocbek who influenced him on the search for autonomous poetic expression.

In 1966, Šalamun published his first volume of poetry, entitled Poker, in which he broke with the Slovenian poetic tradition (the first poem of the volume begins with the verse that would later become famous: “Utrudil sem se podobe svojega plemena in se izselil” [“I am tired of the image of my tribe and I went into exile.”]. The volume was immediately successful among younger generations, in Slovenia as well as throughout Yugoslavia. However, Šalamun was severely criticized and accused of “nihilism”, “decadence”, and “destructive individualism”.

In the early 1970s, he began to collaborate with the Slovenian avantgarde art group OHO (which also included the well-known philosopher Slavoj Žižek). As part of this group, he visited the United States at the invitation of the Museum of Modern Art in New York. Šalamun’s experience in the United States, as well as two years in Mexico (between 1979 and 1981), where he familiarized himself with contemporary Latin American literature, had a strong impact on him.

Starting in the late 1970s, he often took part in the prestigious Iowa Writers’ Workshop.

Between 1996 and 1997 he was a cultural attaché at the Consulate of the Republic of Slovenia in New York. Later he settled in Ljubljana, with his wife, academic painter and graphic artist, Metka Krašovec.