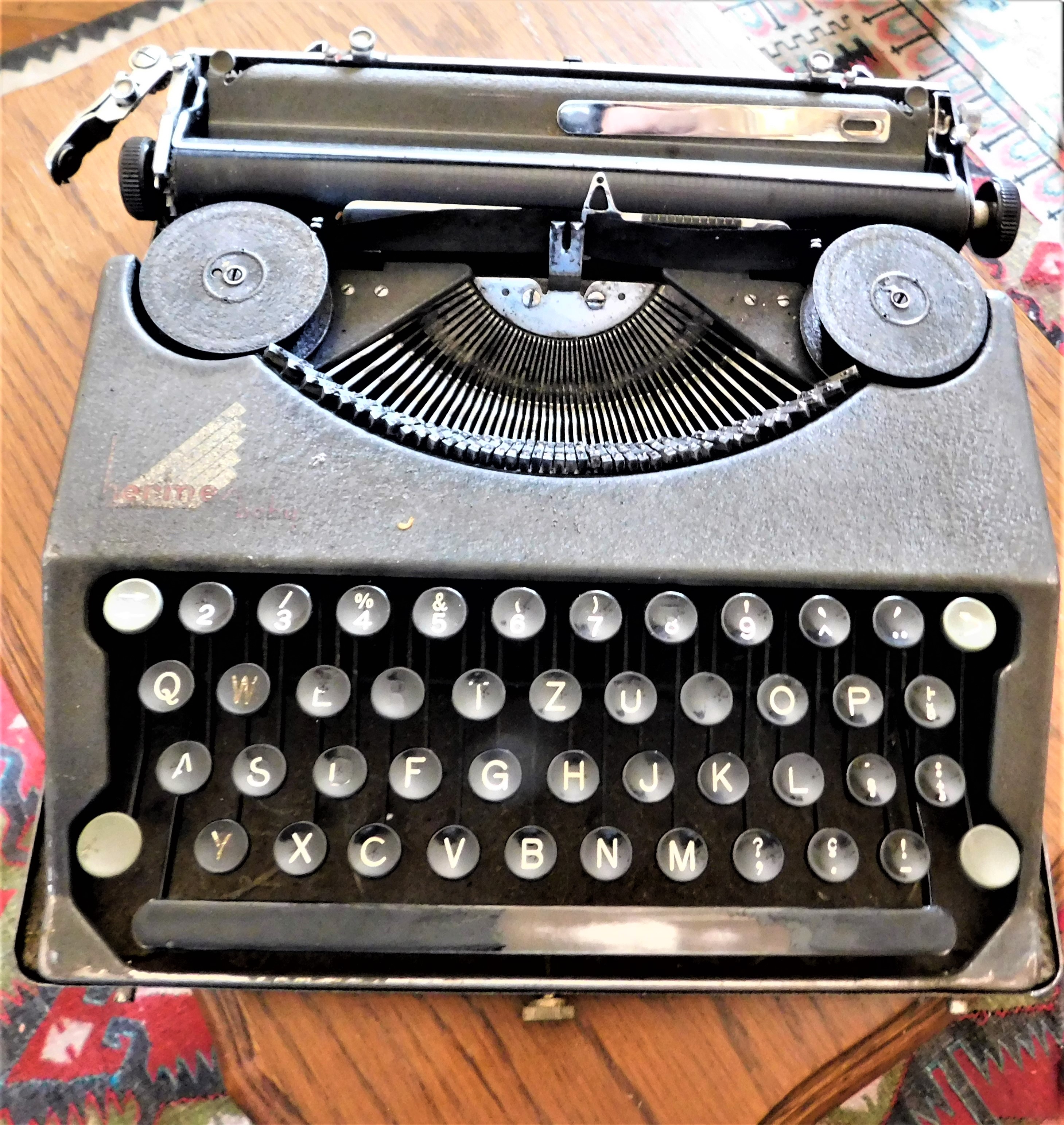 Alexandru Călinescu acquired his Swiss-made Hermes Baby typewriter around the middle of the 1970s. In general, in shops in communist Romania, the only typewriters to be found were produced in other communist countries, especially East Germany and Czechoslovakia, later also China. The Swiss machine was purchased “on occasion,” as the term was at the time for things bought second-hand, either from shops operating the so-called “consignation” system by which citizens could legally sell to or buy from other citizens, or directly from an “acquaintance,” as was Alexandru Călinescu’s case. “To be precise, I got it from the father of this acquaintance; he wasn’t very interested in it, didn’t use it, and I had liked it from the time I first saw it,” he recalls.

It was on this typewriter that the great majority of the text written by Alexandru Călinescu in the last fifteen years of Romanian communism were typed. In contrast to other types of material connected with his journalistic activity, the typewriter was not confiscated during the search in 1983. “It was registered with the Militia, as the law required at the time, there was nothing illegal about it, so they didn’t touch it,” Alexandru Călinescu recalls. According to the then extremely recent Decree no. 98 of 28 March 1983 regarding the regime of duplicating apparatus, materials necessary for the reproduction of writing, and typewriters, physical persons could only have typewriters, not copiers, and “only on the basis of an authorisation issued by the Militia.” In order to obtain an authorisation from this authority of the communist state, it was necessary, according to this legislative act, to hand in, on acquisition, after any repair, and at the beginning of each calendar year, “a page with the characters of the letters, figures, and orthographic signs.” The decree introduced a strict control over typewriters and other means of multiplying texts in order to limit the possibility of producing manifestos or samizdats. Alexandru Călinescu’s typewriter was, however, a very old model, on which – as he explains – he had to change several ribbons every year, as their quality was poor and they became worn through relatively fast. At present, the Hermes Baby typewriter, which weighs approximately 7 kg, is in Alexandru Călinescu’s private collection and is in good working order.