Gane, Ștefan. Protest against the demolition of historic monuments in Romania, Paris, 1985. Photo 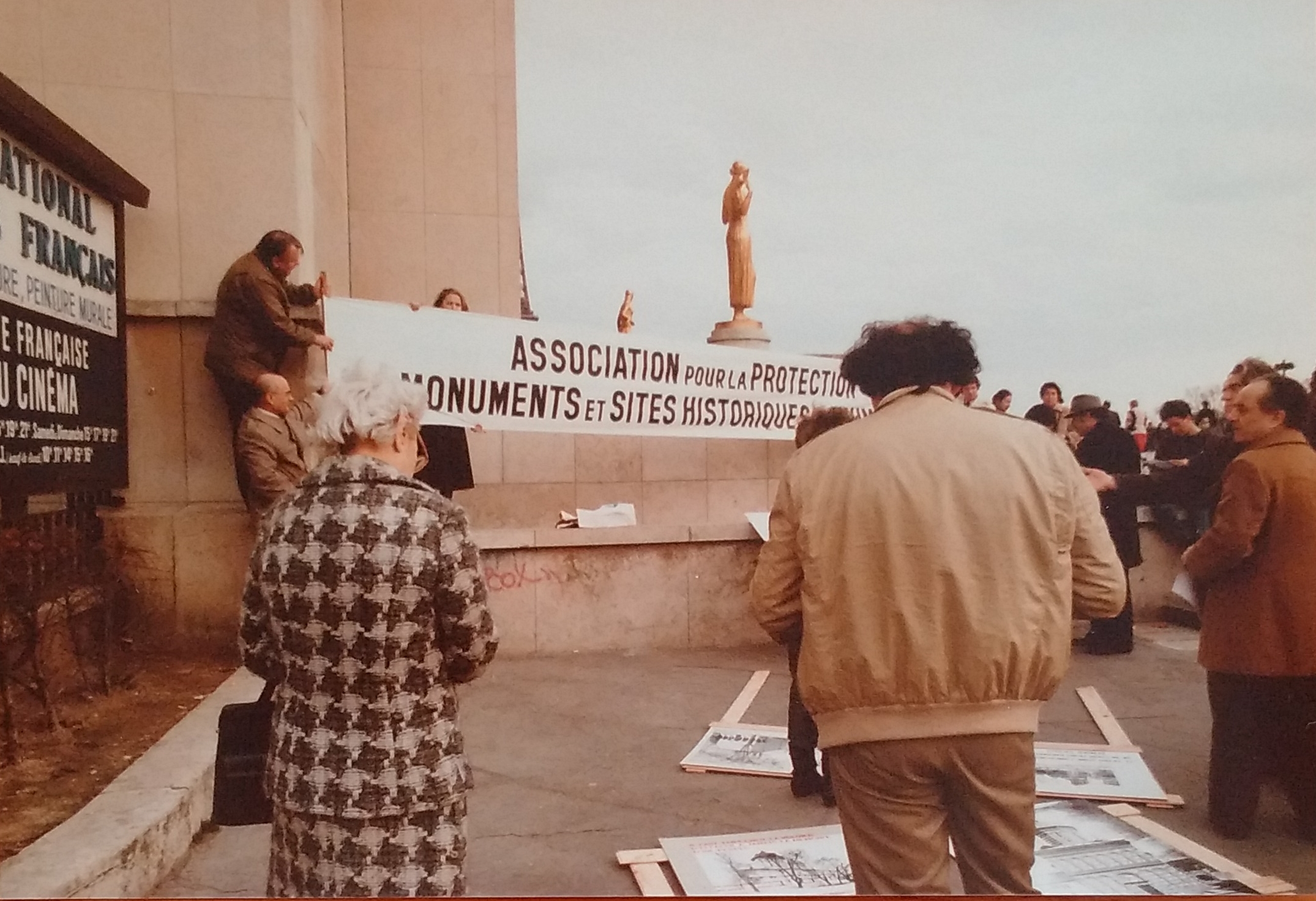 This photo reflects the way in which the Romanian exile organised itself and acted to present in the West the urban systematisation project of the Ceaușescu regime, which involved the demolition, mutilation, or destruction of the national heritage. The photo captures the moment when the International Association for the Protection of Monuments and Historic Sites in Romania was set up in Paris in 1985. On that occasion, the Association organised a protest on the streets of Paris, during which it displayed a series of placards with texts about Communist Romania, accompanied by photographs of historic monuments destroyed by the Communists or about to be demolished or moved. These details are captured in the photograph in question, which can be found in the Ștefan Gane collection in the original, 10x15 cm, printed on colour paper. The purpose of the Association was to draw the attention of political decision-makers and international public opinion to the project of the communist regime in Romania for the demolition of the architectural and urban heritage. The actions undertaken by the Association focused in particular on drawing media attention to the demolition of the city centre of Bucharest, which was planned by the authorities of the totalitarian regime so that they could reconstruct it according to the communist architectural vision.