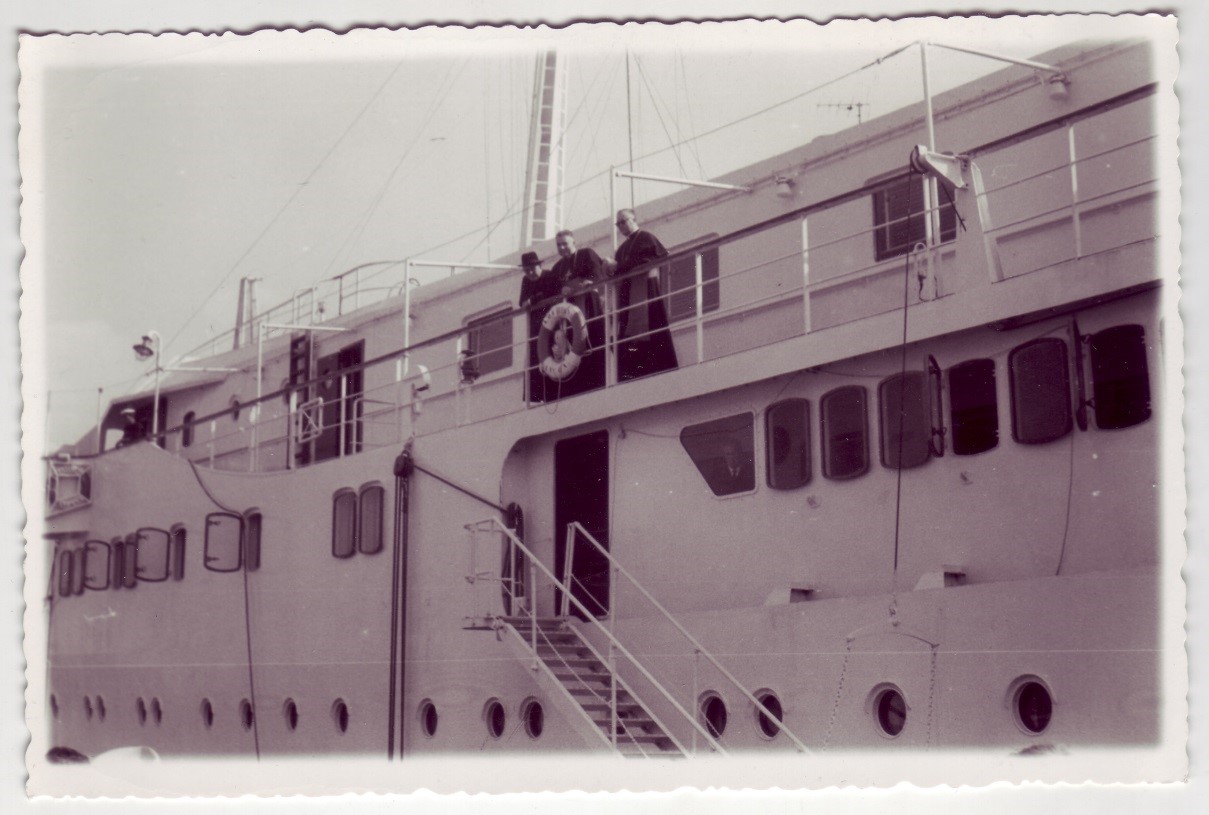 Frane Franić, archbishop of Split and theologian, was born on December 29, 1912 in Kaštel Kambelovac, not far from Split, where he attended primary school (1919-1923). Then he went to Split, where he was educated first in the public, and then diocesan classical gymnasium (1923-1931). His theological-philosophical views were formed at the theological college in the central theological seminary in Split (1931-1937). He was ordained a priest in 1936, and thereafter he went to Rome   to study dogmatic theology at the Pontifical Gregorian University, obtaining the title of Ph.D. in theology in 1941. After returning to Split at the beginning of the Second World War, he accepted numerous duties in the area of pastoral care and education. He served as a chaplain in the Sveti Rok Prison in Split, where he also worked as a professor at the public and diocesan gymnasium. After the war, he began to preside over the Central Theological Seminary of his diocese (1945-1956).

Franić was ordained a bishop in 1950, when he became auxiliary bishop and general vicar of the Archbishop of Split, Klement Kvirin Bonefačić. After the death Archbishop Bonefačić in 1954, the Holy See appointed him the apostolic administrator of the Split-Makarska Diocese, so he became the official bishop of the diocese of Split-Makarska only in 1960. His appointment to the bishop’s see was welcomed by the Communist Party in Split, because Archbishop Franić, as a prison chaplain, had in various ways aided the detained communists during the Italian occupation of Dalmatia and Split. However, as soon as Franić's agitation against clerical associations acting under a governmental initiative arose, without any connection with the ecclesiastical hierarchy, a lawsuit was filed against his diocese. In that trial in 1956, which was a precedent throughout Croatia and Yugoslavia, the communist authorities forcibly banned the operation of the bishop's seminary and its educational institutions. Apart from the seminary buildings and its school facilities, such as the archdiocesan boy's seminary, the authorities even nationalized Franić's palace. From that point forward, as Kovačić says, Franić lived in a small flat which had been under regime surveillance that entire time. At the same time, Franić began to publish the ‘Official Bulletin of the Split-Makarska Diocese’ with a Cyclostyle copier, in which he published texts in which he criticized the possibility that any members of his clergy could be found in clerical associations under state control. Because of this, the authorities seized the first issue of this journal.

In Franić's time, more precisely in 1969, his diocese was elevated to an archdiocese by a papal bull issued by Pope Paul VI. Franić headed his own archdiocese until 1988, when he withdrew from active service. In that period, he was vice-president of the Conference of Bishops of Yugoslavia. As a Split bishop, he was very active in the Second Vatican Council (1962-1965) by participating in the emergence of two significant dogmatic constitutions, the Dei Verbum and Lumen Gentium. Interestingly, he insisted on the expression Ecclesia militans in the parliamentary commissions to point out the combative character of the Churches in Eastern of Europe under communism. Franić's speech in defence of that statement was held at the conclave meeting on October 2, 1963, when he emphasized that "the Church cannot offend any reasonable man in the world with that expression Ecclesia militans, not even Marx himself" (Moro 2007: 149).

Later he participated in the work of numerous episcopal synods in the Vatican in the 1970s and 1980s, and became a member of the Vatican Congregation for Divine Worship and the Discipline of the Sacraments. Noteworthy among Franic's works are the two editions Putovi dijaloga (The Ways of Dialogue, Split 1973, reprinted in 2000), which describe the attempts at dialogue with the communist regime and its intellectual class. His work as a bishop during the socialist period is documented by the collection of texts Bit ćete mi svjedoci (You Shall Be My Witnesses, Split, 1996), while his recollections of the Second Vatican Council are recorded in the book Crkva, stup istine – sjećanja na moje doktrinalne aktivnosti na Drugom vatikanskom saboru (The Church, Pillar of Truth - Memories of My Doctrinal Activities at the Second Vatican Council II, Split, 1998). He died in Split on March 17, 2007 at the age of 95.