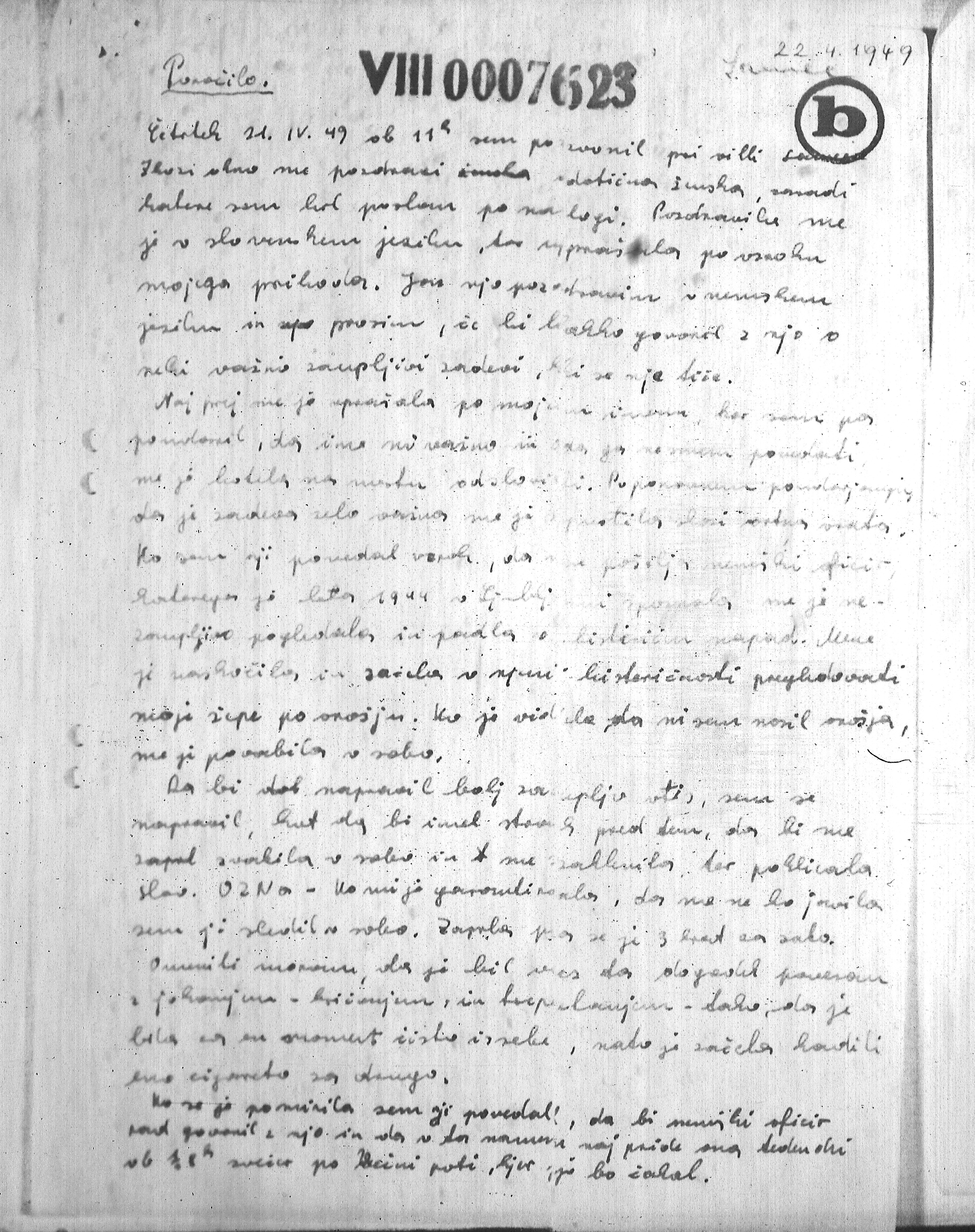 On April 21 1949, an UDB-a agent-provocateur was sent to visit Hedy Samec. The agent, who introduced himself as an acquaintance of a German soldier who was in a cordial relationship with Mrs. Samec, had two goals: first, to explore whether Mrs. Samec would be ready to conspire with a suspicious foreign citizen; and, secondly, in the event of an affirmative answer, they wanted to pressure her into becoming an UDB-a informant.

The mission failed because Mrs. Samec immediately informed her husband about the visit, and he reported the incident to the police. The UDB-a found out that Mrs. Samec was too frightened to establish any kind of contact with strangers, so they could not lure her into a trap, but on the other hand, they ascertained some knowledge about Mrs. Samec’s influence on her husband.