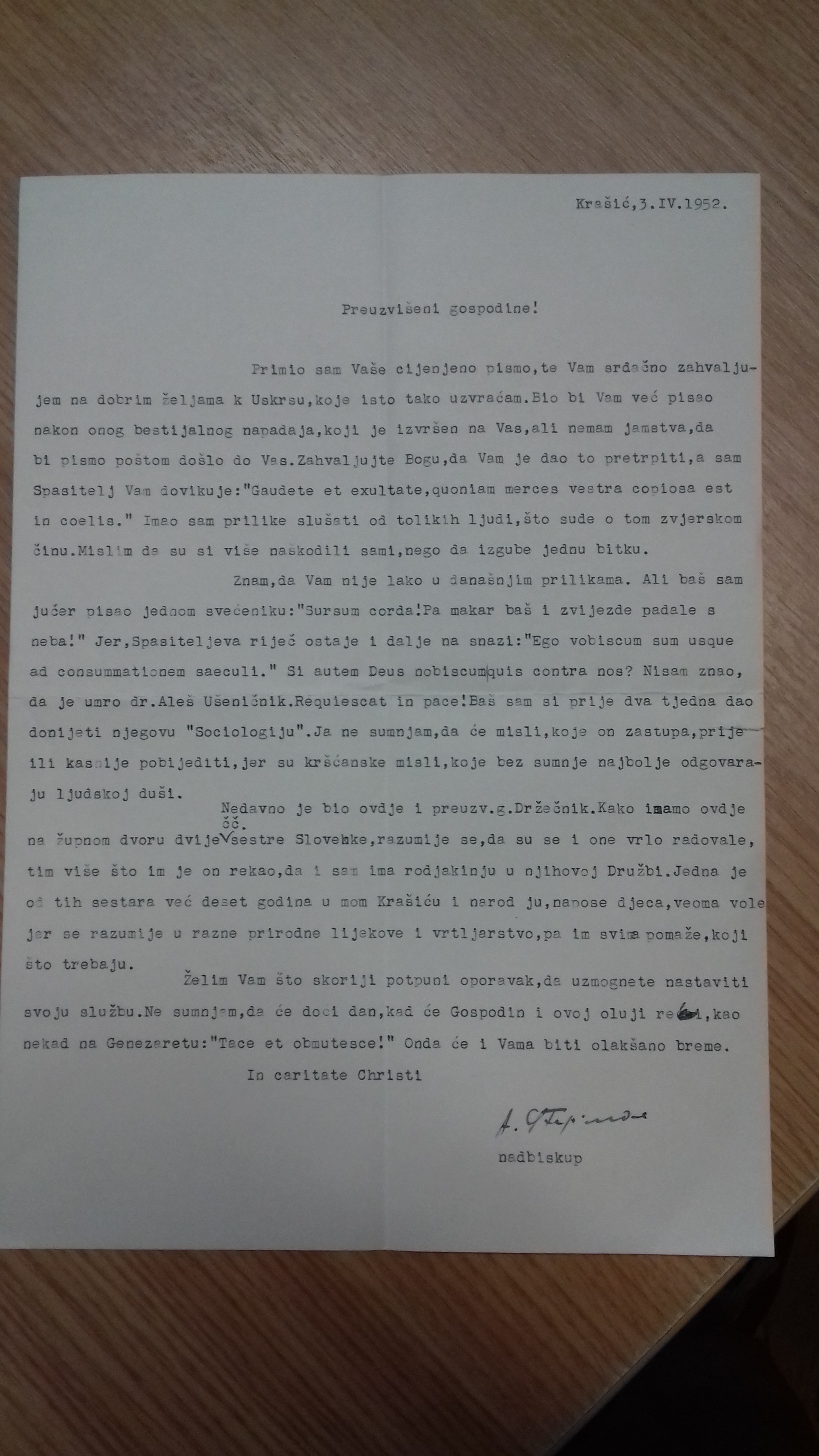 In this letter of April 3, 1952, the archbishop of Zagreb, Alojzije Stepinac (1898-1960), who was at the time under house arrest in Krašić, after being transferred therefrom Lepoglava prison, expressed his sympathy to Bishop Vovk after the brutal attack on him in Novo Mesto which resulted in his burning. Stepinac expressed uncertainty as to whether his first letter had reached Vovk. The archbishop of Zagreb encouraged Bishop Vovk to see the positive effects of such a savage attack on one of its bishops for the Catholic Church and also took the opportunity to comment on various Slovenian people, a sociologist whose work he read, a bishop whose visit he received and nuns who were under his care.

The letter reflects the solidarity between the two persecuted men, Stepinac and Vovk, and network they maintained. The letter shows that if the authorities knew about it, the letter would have been confiscated. Now the letter is available to the public and curator of the collection sees it as an example of how a prominent member of opposition to the regime, Stepinac, saw Bishop Vovk as a new symbol of opposition. The letter is preserved in the Anton Vovk Collection, in box number 77. It is freely accessible to the public.