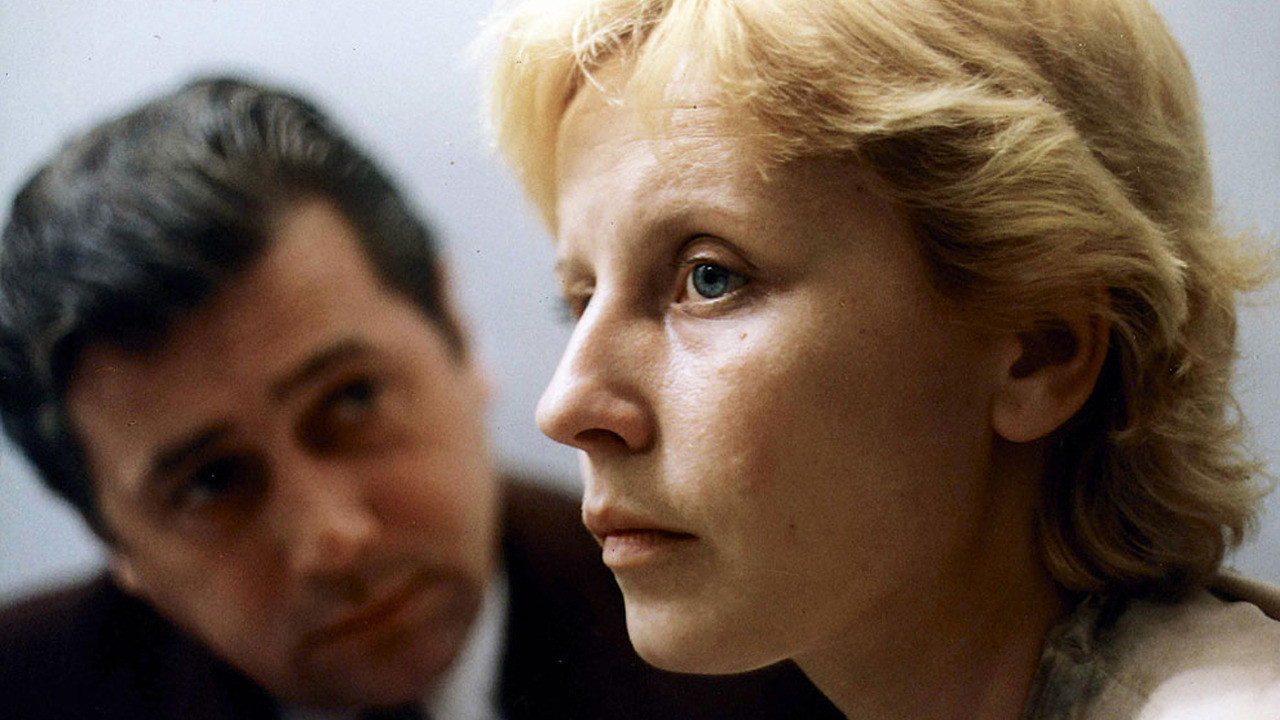 “Interrogation” is one of the most renowed films directed in Poland after World War II. It is a bold, politically engaged settlement with the Stalinist period in contemporary Polish history. The story is about a young actress (character played by Krystyna Janda) who is arrested by the Security Service and held captive in prison in order to force her to testify about her colleagues. “Interrogation” shows the methods used by Stalinist repression apparatus in order to break ordinary citizens, as well as prisoners’ efforts to preserve dignity and humanity.

The pre-release committee took place in April 1982, in the midst of Martial Law in Poland. As one can see from the committee’s meeting protocols, film critics and representatives of authorities deplored Bugajski’s oeuvre as hateful, false, antisocialist propaganda without any value. By the central decision, the copy of “Interrogation” was sealed and put on the archive’s shelf (this way “Interrogation” became one of the most famous “półkowniki” – the films laying on shelves, without possibility to be shown publicly). Bugajski managed to preserve one copy of his film, which was later screened privately within opposition circles of the "second circuit" (“drugi obieg”).  The official premiere of “Interrogation” took place on 13th December 1981 – eight years after introduction of the Martial Law and eight years after the film had been produced. The film was Bugajski’s debut – repressions put on him by authorities, forced him to emigrate from Poland in 1985.