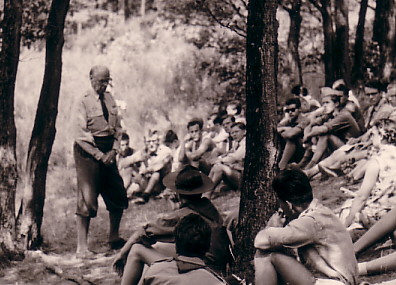 Ferenc Kisbarnaki Farkas (1892–1980) was a general in the Hungarian Army and together with Count Pál Teleki served as the main organizer of World Scout Jamboree that took place in Gödöllő in 1933. From 1942 until his death, Kisbarnaki Farkas held the position of chief scout in the Hungarian Scout Association and remained the main preserver of Teleki’s legacy. As an army general, Kisbarnaki Farkas left Hungary for Germany in 1945 and following the capitulation was charged with oversight of the affaires of Hungarian soldiers held in POW camps. Beginning in 1946, he played a leading role in the organization of the Hungarian scouting movement in exile until his death in Germany in 1980.