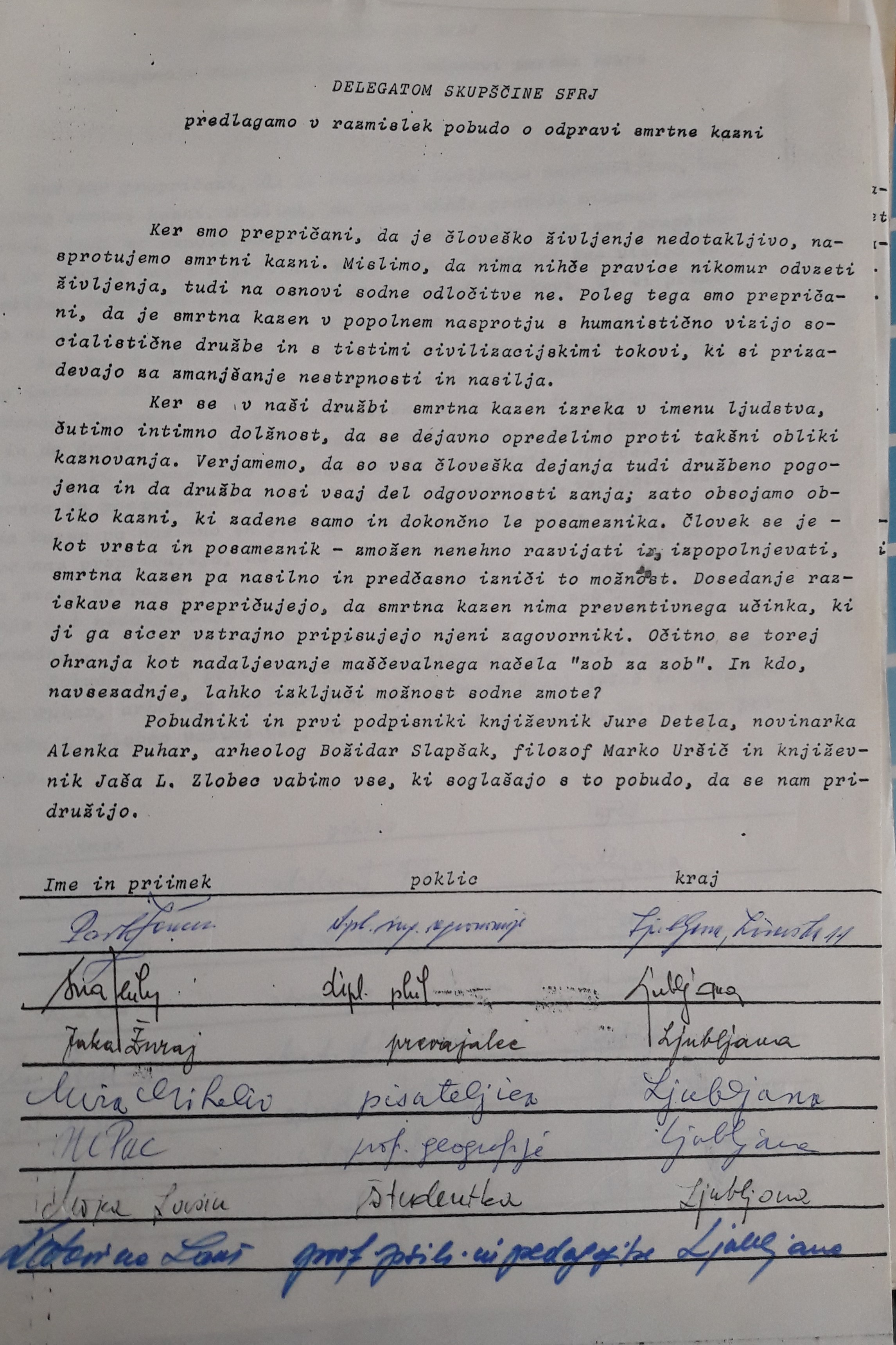 At the beginning of the 1980s, citizens in Slovenia became more aware of the need for their involvement in decision-making processes and that brought about the first initiatives to protect human rights. One of those initiatives was a petition for the abolition of the death penalty in Yugoslavia. A group of activists, including Alenka Puhar, collected signatures for the abolition of the death penalty and sent them to several institutions on November 23, 1983: to the Assembly of the Socialist Federal Republic of Yugoslavia (SFRY/SFRJ), the League of Communists of Slovenia (LCS/SKS), the League of Communist Youth of Slovenia (LCYS/SKOS) and others. The petition was discussed in public and among the political leadership, and it was published in Ljubljana’s magazine Mladina on December 1, 1983. However, the petition did not produce any results at the time. The death penalty in Slovenia was abolished only in 1989 at the time of the Slovenian Spring.

Alenka Puhar's collection contains the original petition with signatures that were collected in that campaign. Puhar testifies that over 1,500 signatures were collected. She wrote about her experience working on this petition in the book Peticije, pisma in tihotapski časi (Petitions, Letters and a Time of Smuggling) which she published two years later. (Puhar 1985: 152)