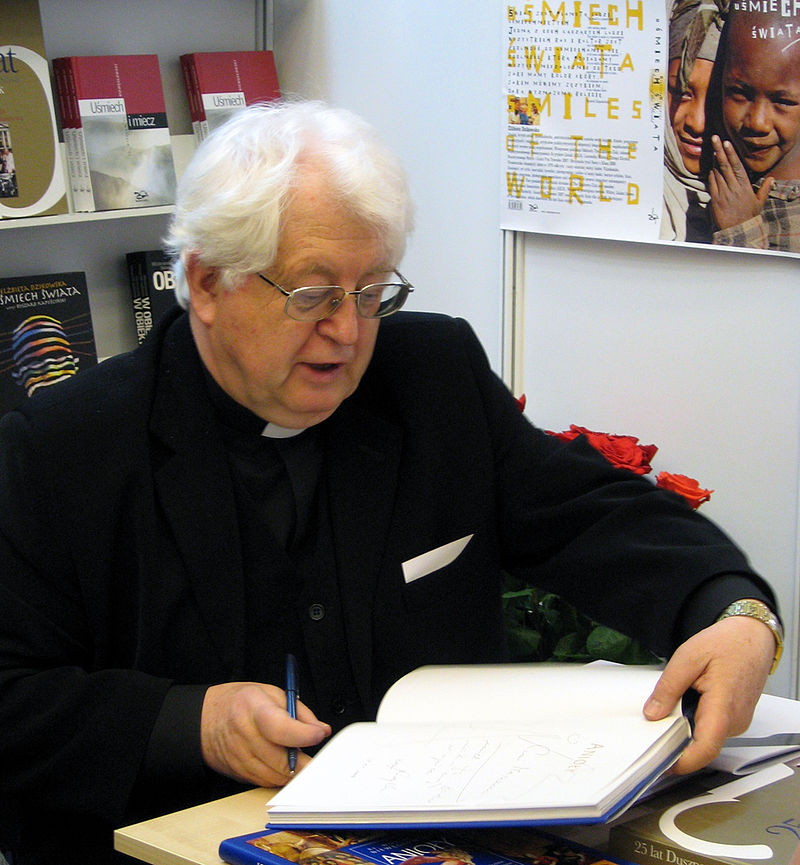 Fr. Wieslaw Aleksander Niewęgłowski (b. 1941): a catholic priest, Doctor of Theological Science, Theologian of Culture. One of the most recognizable figures in the Polish context of relationship between the Church and the world of culture. Born in Zbuczyn near Siedlce. After completing high-school in Siedlce in the 1960s, he studied the theory of film and media at the Faculty of Polish Studies at the Catholic University of Lublin. In 1970 he was ordained to the presbyterate in Warsaw. Since 1974 he worked in the academic church of St. Anne in Warsaw. There, in 1975, with Fr. Tadeusz Uszyński he organized the first Week of Christian Culture (WCC). In 1976 he founded the Artists’ Priesthood in Warsaw, which was an extension of the activity of WCC. Since then, and especially after the introduction of martial law in 1981, he engaged in the rapprochement between the people of culture and the Church. In 1984 he was appointed a National Chaplain of the Artists’ Community. He held this position until 2012. At the same time Fr. Niewęgłowski was a lecturer at various universities, including the Academy of Catholic Theology, the Academy of Fine Arts, the Theatre Academy. Since 1997 he was also the head of the Catholic television programmes on the public television