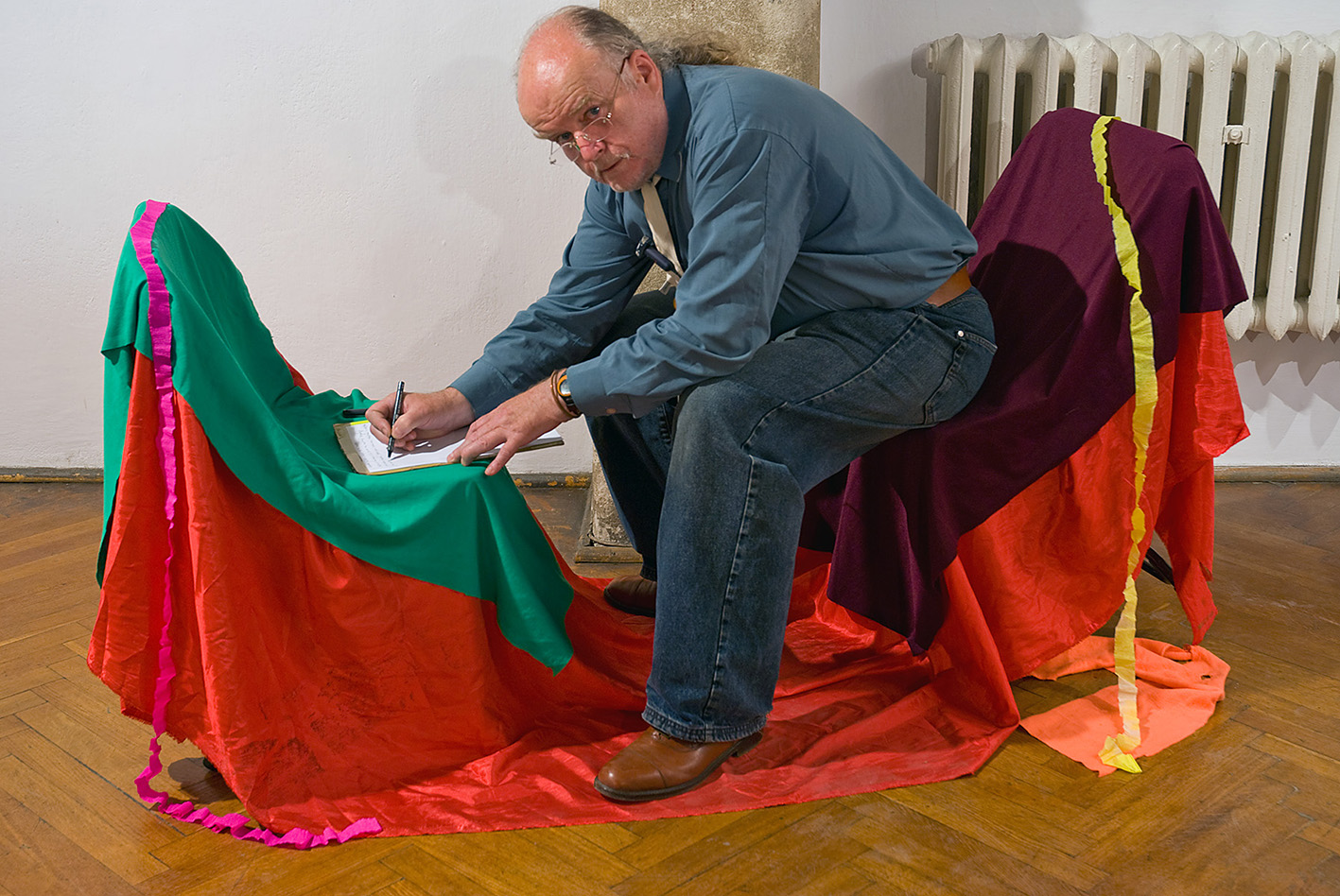 Przemysław Kwiek (born in 1945 in Warsaw) in the years 1971-1987 was a member of the KwieKulik artistic duo, together with Zofia Kulik. They were involved in process art, performance, and conceptual art, which represented politically engaged and critical tones.
Simultaneously, since the late 1960s they regularly documented the artistic life in Poland, focusing on ephemeral phenomena.


Kwiek was born to a family with pre-war medical traditions. Both his parents were doctors, involved with the communist system. Kwiek’s mother was a high-ranking party activist in health care administration. His father was a colonel in the army.
As a teenager he joined extracurricular sculpture classes at a Warsaw cultural centre. There he met Zofia Kulik.

He studied at the at the Faculty of Sculpture at the Warsaw Academy of Fine Arts. He found himself in the studios of Oskar Hansen and Jerzy Jarnuszkiewicz, whose didactic and theoretical activities had transformed into a multigenerational tradition, which to this day remains important for a number of outstanding Polish artists. Zofia Kulik has also passed through both of these studios.

After he had artistically parted his ways with Zofia Kulik in 1987 and discontinued joint actions, he did not abandon his strategies of arranging interventions, which he had elaborated in the 1980s.
Maryla Sitkowska wrote:

“He attaches great importance especially to a thread, which Zofia Kulik has abandoned, that is reacting directly and intervening (through letters, protests, and actions) to pathologies observed in social life.
Similarly as in the years of KwieKulik’s activities, Kwiek continues to treat such «actual life cases» as a material for art Actions.
His performances cover a variety of multimedia art genres, and since the very beginning of his independent activities he has been using the term «appearance». […]
Moreover, both in his artistic milieu as in his own neighbourhood, Kwiek is renowned as an organiser and social activist.”

In 1988 he founded the Association of Artists of Other Art Forms.