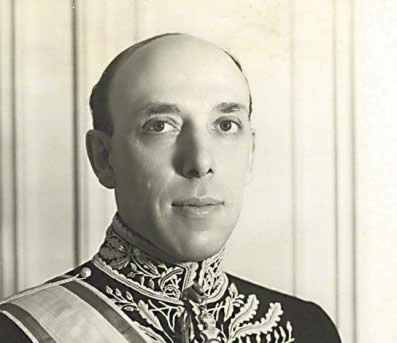 Viorel Virgil Tilea (b. 6 April 1896, Sibiu – d. 20 September 1972, London) was a Romanian diplomat and politician who distinguished himself during his time as Envoy Extraordinary and Minister Plenipotentiary to the United Kingdom from 1939 to 1940. Tilea was a descendant of the Raţiu family, which had become known for its members’ active involvement in the Transylvanian Romanians’ movement for civil and political rights in the nineteenth century. Upon graduating from high-school, he went on to study law at the University of Bratislava. In 1915, however, he had to interrupt his studies due to his conscription into the Austrian-Hungarian Army. After the Great War, he completed his studies at the Faculty of Law of the University of Vienna. In the context of Austria-Hungary’s disintegration, Tilea actively participated in the political mobilisation of Transylvanian Romanians. Thus, in October 1918, he joined the National Romanian Council which became the political representative of all Romanians living in Austria-Hungary. The Council sent him on diplomatic missions to Geneva and Paris. During the talks he tried to make sure that the decisions to be made at the Paris Peace Conference would be favourable to Transylvanian Romanians. In the first half of 1919, Tilea served as private secretary to Iuliu Maniu, one of the most revered Transylvanian Romanian political leaders. Then, from October to December 1919, he was private secretary to another Romanian politician of Transylvanian origin, Alexandru Vaida-Voevod, whom he accompanied to the Paris Peace Conference. In the autumn of 1919, he was appointed attaché at the Romanian Legation in London. He served in this capacity for two years.

In 1922, Tilea defended his doctoral dissertation entitled Rolul diplomației în politica de stat (The role of diplomacy in state policy) at the University of Vienna. Later, he continued to publish books in the field of diplomacy, such as Acţiunea diplomatică a României, nov. 1919 – mart. 1920 (Romania’s diplomatic activity, November 1919 – March 1920). From 1939 to 1940, Tilea served as Romania’s Envoy Extraordinary and Minister Plenipotentiary to the United Kingdom. In March 1939, Romania found herself at the centre of a diplomatic incident known as the “Tilea Affair” after the minister sent on behalf of the Romanian government messages to the British government suggesting that Nazi Germany was planning to dismember Romania just as it had done with Czechoslovakia. Thus, he hoped to obtain from the British government guarantees regarding Romania’s territorial integrity. Subsequently, however, the Romanian government disavowed Tilea’s messages. His messages alarmed the British Ministry of Foreign Affairs, and ultimately contributed to Britain’s abandonment of its appeasement policy with regard to Nazi Germany. In the autumn of 1940, shortly after the establishment of the pro-German National Legionary State in Romania, Tilea was recalled, as he was deemed pro-British. However, he refused to return and asked for political asylum in the United Kingdom. After the establishment of the communist regime in Romania, Tilea became involved in organising the Romanian émigré community. According to the wishes expressed in his will, his memoirs Envoy Extraordinary: Memoirs of a Romanian Diplomat were finally published in 1998, twenty-six years after his passing. They contain valuable information on his activity as Romanian ambassador in London.