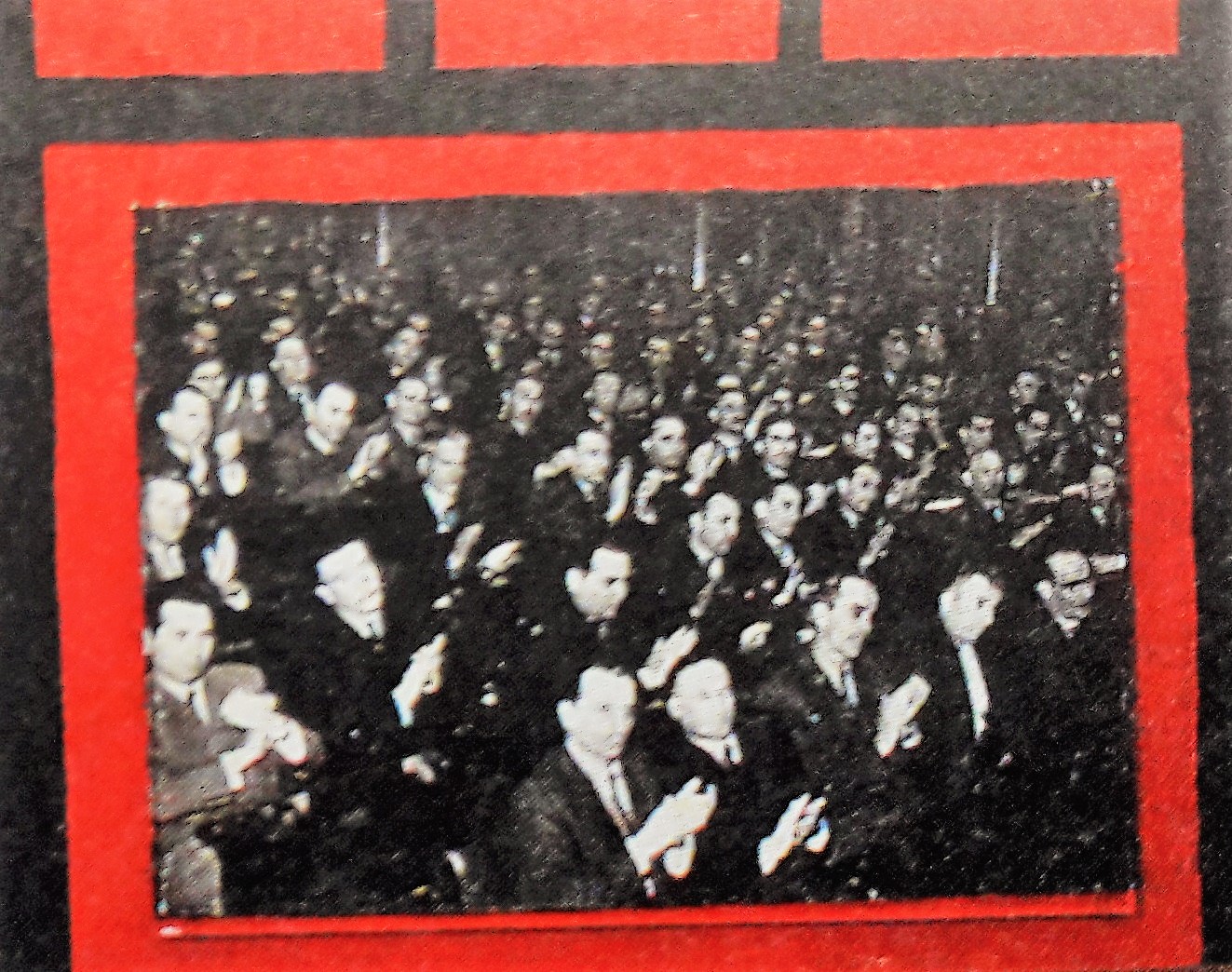 Mladen Stilinović's work from the "Exploitation of the Dead" cycle, depicting a photograph of one of the typical Party gatherings. The photograph itself, outside the context of Stilinovic's work, would represent visual proof of the Party gathering. But, as a part of his work, it points to the weariness of such gatherings, and thus to the end of the socialist period.