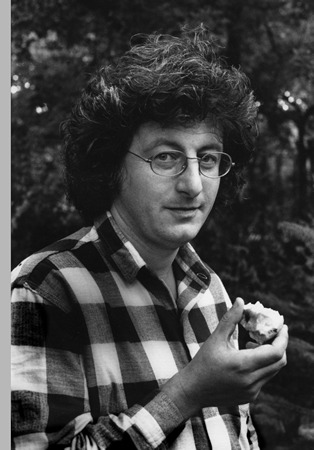 Péter Esterházy (1950–2016), was a Hungarian writer and an inventive, influential, and internationally celebrated author, one of the most talented ones of his generation, who managed to renew contemporary Hungarian prose both in the late communist era and after 1990.

Born in Budapest in 1950 in the darkest era of the Hungarian Stalinist dictatorship, Esterházy was a scion of one of Europe’s greatest aristocratic dynasties on his paternal side and an assimilated Hungarian Jewish intellectual family on his maternal side. He finished his secondary school studies in 1968 at a Piarist monastic church school. He then studied mathematics at Eötvös Loránd University, Budapest. For several years he worked as a mathematician in the Informatics Institute of the Ministry of Furnaces and Heavy Machinery, and at the same time he also began to write. His first stories were published in 1974 and his first book in 1977 won the critics prize as the best prose work of the year. In 1978, he began to make his living as a freelance writer.

Esterházy achieved international fame in 1979 with A Novel of Production, a hilarious pastiche of the Stalinist morale-boosting “production novel” in which an absurdist account of a young engineer’s struggles with bureaucracy is juxtaposed with an account of the everyday life of the author in the words of a fictional literary secretary.

Three years later, his A Little Hungarian Pornography was a more explicit attack on communism. The book contained little actual pornography. Rather, it was a meditation on its essence. As Esterházy later recalled in his preface to the English translation, published in 1995, “Let us imagine, if we can, a country where everything is a lie, where the lack of democracy is called socialist democracy, economic chaos socialist economy, revolution anti-revolution, and so on.” Esterházy’s most famous book, Celestial Harmonies, was written over the course of nine years following the end of communism and was published in 2001. In the first half of the book, which is a kaleidoscope of stories, previously existing texts, vignettes and mood portraits, Esterházy related the fate of his family through the central figure of “my father,” a term which he uses to refer to his father, grandfather, great-grandfater, etc. back to the dynasty’s beginnings. Meanwhile, in the second half, he evokes the trials and tribulations of the family during Hungary’s twentieth-century political upheavals through the life of his father, Count Mátyás Esterházy. Péter’s father gets by as a manual laborer and then as a translator. “No, son, we’re not poor,” he explains, “we’re just living in poverty.” Count Mátyás, nonetheless, emerges as a man whose humanist values survive the family’s decline under totalitarianism. So it came as a shock to Esterházy’s readers when in 2002 he published an addendum to the book, Revised Edition, in which he revealed that his father had been an informant for many years during the communist era.

Many of his other works also deal with the experience of living under a communist regime and in a post-communist country. His collection of essays, entitled Troublesome Delights of Liberty, was published in 2013. His later books, such as No Art, Please (2008) and his last work of prose fiction, a touching chronicle of his fatal illness entitled Pancreas-diary (2016), also testify to his heroic efforts to preserve hope and his spirit of liberty together with the joy of living in spite of painful losses and disillusionment. He died in Budapest in 2016 at the age of 66.

Though all his writings before 1990 were published by state publishers and in legal newspapers in Hungary, Esterházy had a major role in loosening the strict control of communist censorship with his taboo-breaking subjects, his irresistibly sarcastic criticism of the regime, and his personal courage as a writer, which served as an example to be followed for many younger members of his “rebelling generation,” who received his works almost as unparalleled revelations. Following the fall of the regime, he managed to preserve his independent mind and critical attitude, and thanks to his international success as a writer, he remained an authentic and prominent East Central European intellectual not only in his native country but also in the post-communist and Western world. Throughout his life, he was always ready to raise his voice in protest against misuses of power, injustice, lies, and self-deceit, and he never stopped passionately urging a moral, radical revision of public affairs.

Péter Esterházy won numerous prizes, and his books have been translated into more than 20 languages. Those available in English include Helping Verbs of the Heart (1985); The Transporters (1983) The Book of Hrabal (1990), The Glance of Countess Hahn-Hahn (Down the Danube) (1991), She Loves Me (1993), and Celestial Harmonies (2004). He was awarded several literary distinctions in Hungary, including the prestigious Kossuth Prize in 1996, and he has received awards for his work in France, Austria, Germany, Slovenia, and Poland.