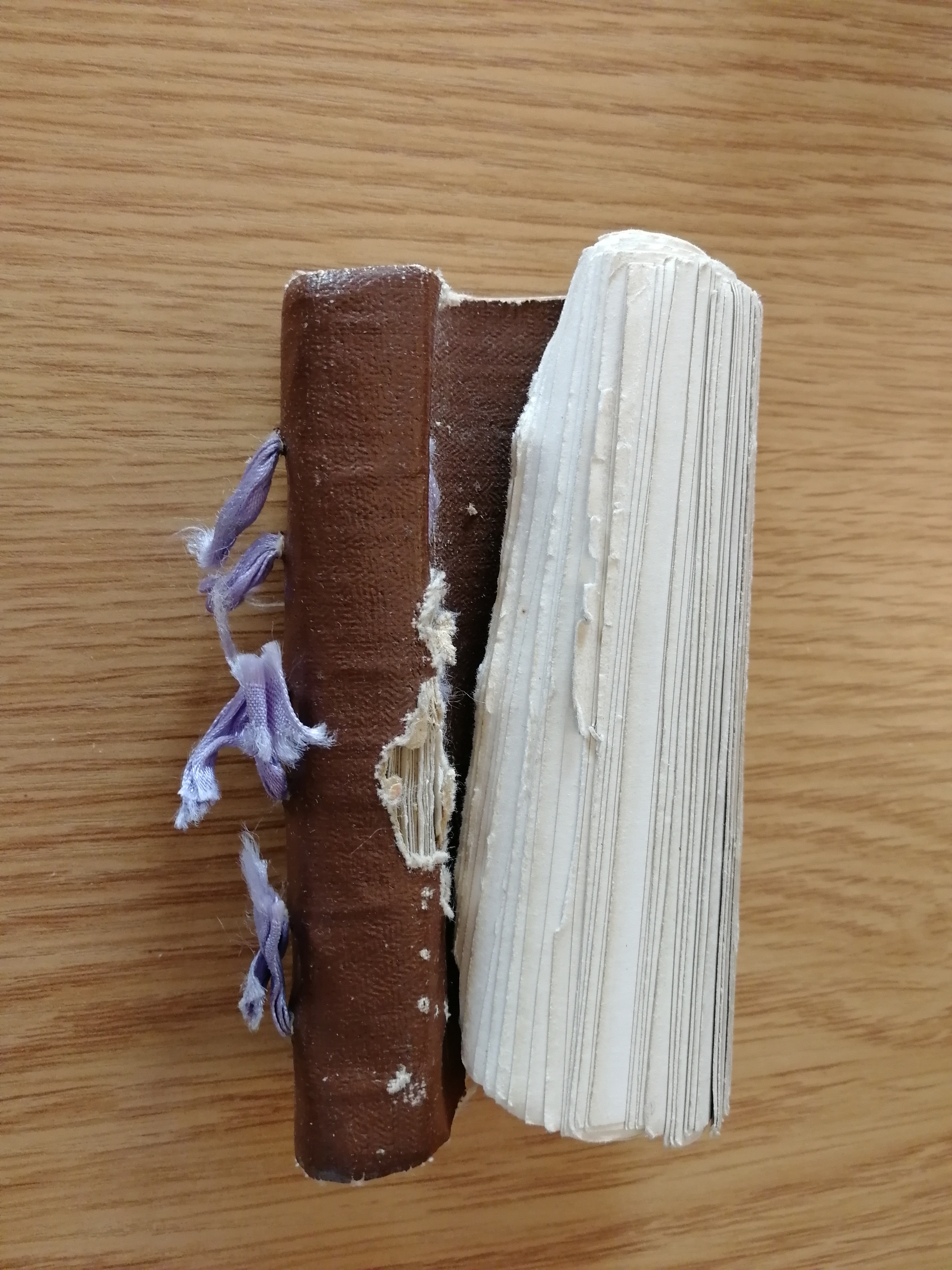 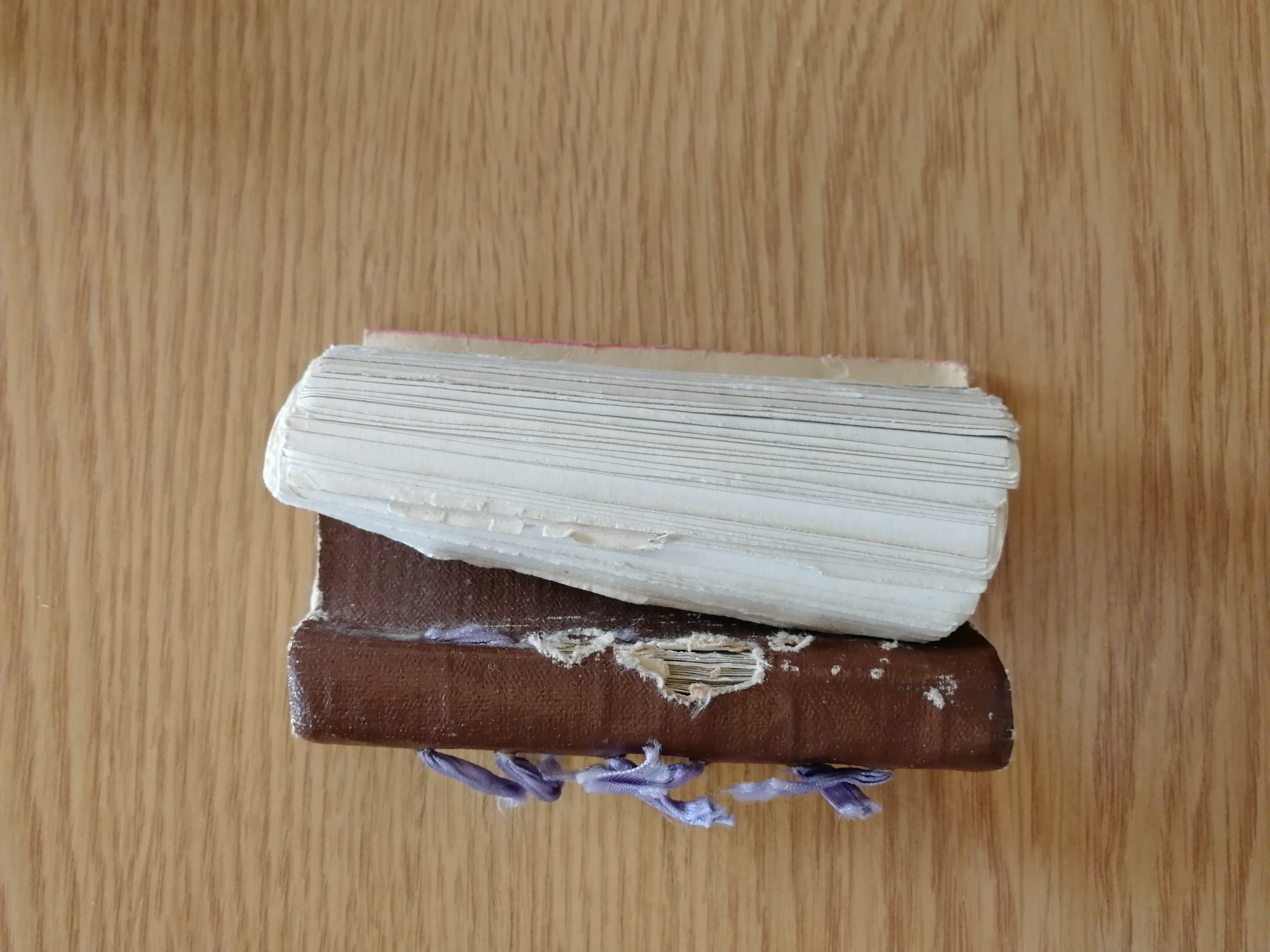 This samizdat miniature with its photocopied (from a microfilm) and manually bound pages represents a typical form of smuggling underground materials from Soviet Ukraine. Microfilms and miniature forms were the only way to safely smuggle abroad illegal literature and documents from the Soviet Union.

This samizdat book was rolled and hidden in a luggage of a Smoloskyp courier. This was the way how Smoloskyp couriers managed to smuggle many other Ukrainian samizdat and dissident materials, including Bil’mo by M. Osadchyi, O. Berdnyk’s manuscripts, the entire collection of the documents of the Ukrainian Helsinki Group, D. Shumuk’s memoirs, a photo collection belonged to M. Rudenko, and so on. The obtained materials were later published in both Ukrainian and English, and were circulated in international media.

Mykhailo Braichevsky wrote his article Priednannia chy voz’ednannia? (Annexation or Reunification?) in 1966 in which he openly criticised the Theses on the 300th Anniversary of the Reunification of Ukraine and Russia (1654-1954), a document imposed by the Communist Party of the Soviet Union in 1954 as the only permitted interpretation of the events of 1654 in Ukrainian history, namely, the Pereiaslav Council and the Treaty of Pereiaslav, after which Ukraine became a part of the Russian Empire. Braichevsky’s work was circulated in samizdat in Ukraine,  smuggled abroad, and was published in Canada as a brochure. As a result of this writing, Braichevsky was fired from the Institute of History, where he worked as a researcher. In the next decade he was oppressed by the Soviet authorities and the Communist Party that demanded his public “repentance” and acknowledgment of his research “falsities.” He was not allowed to officially continue his research career.