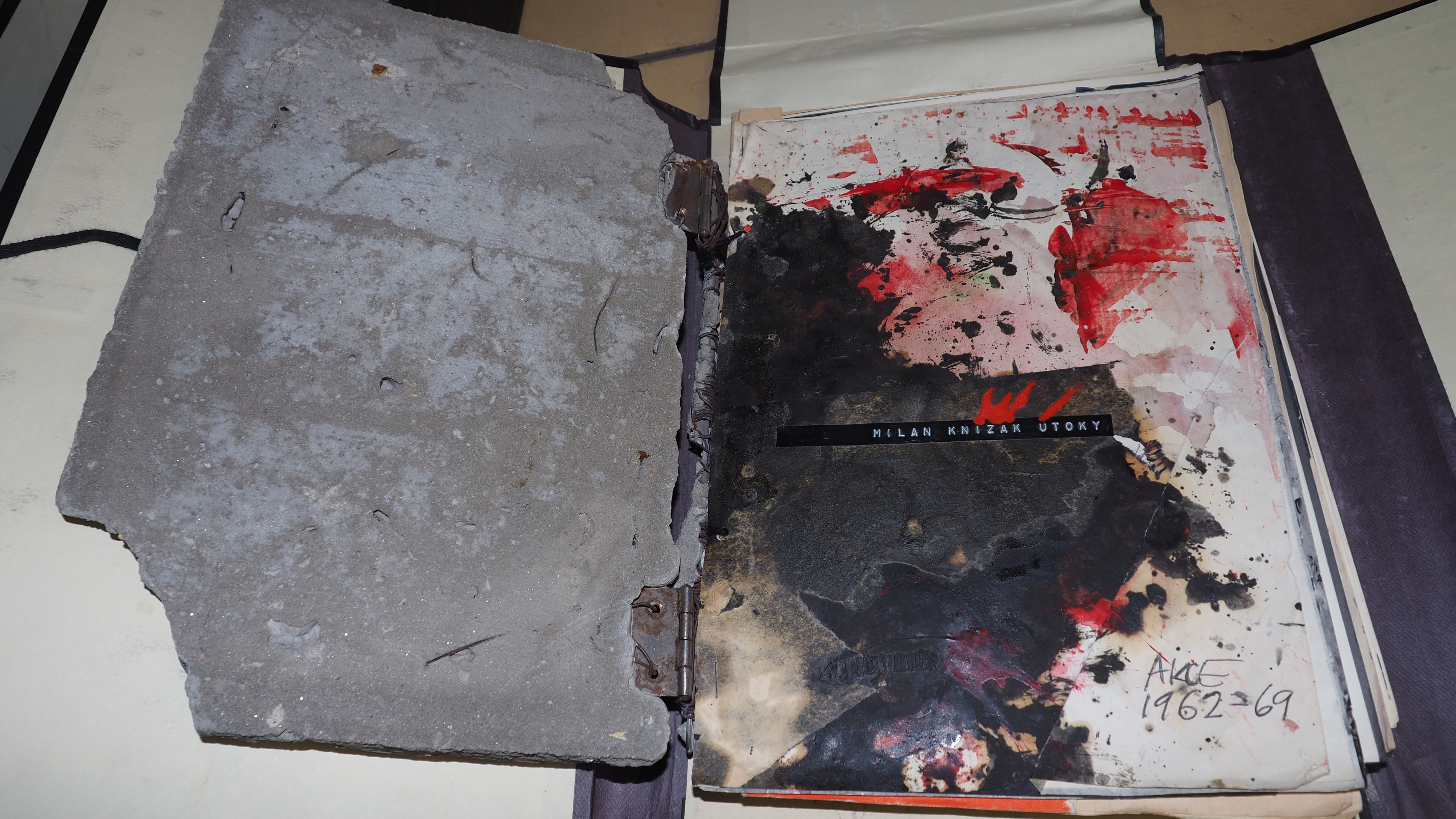 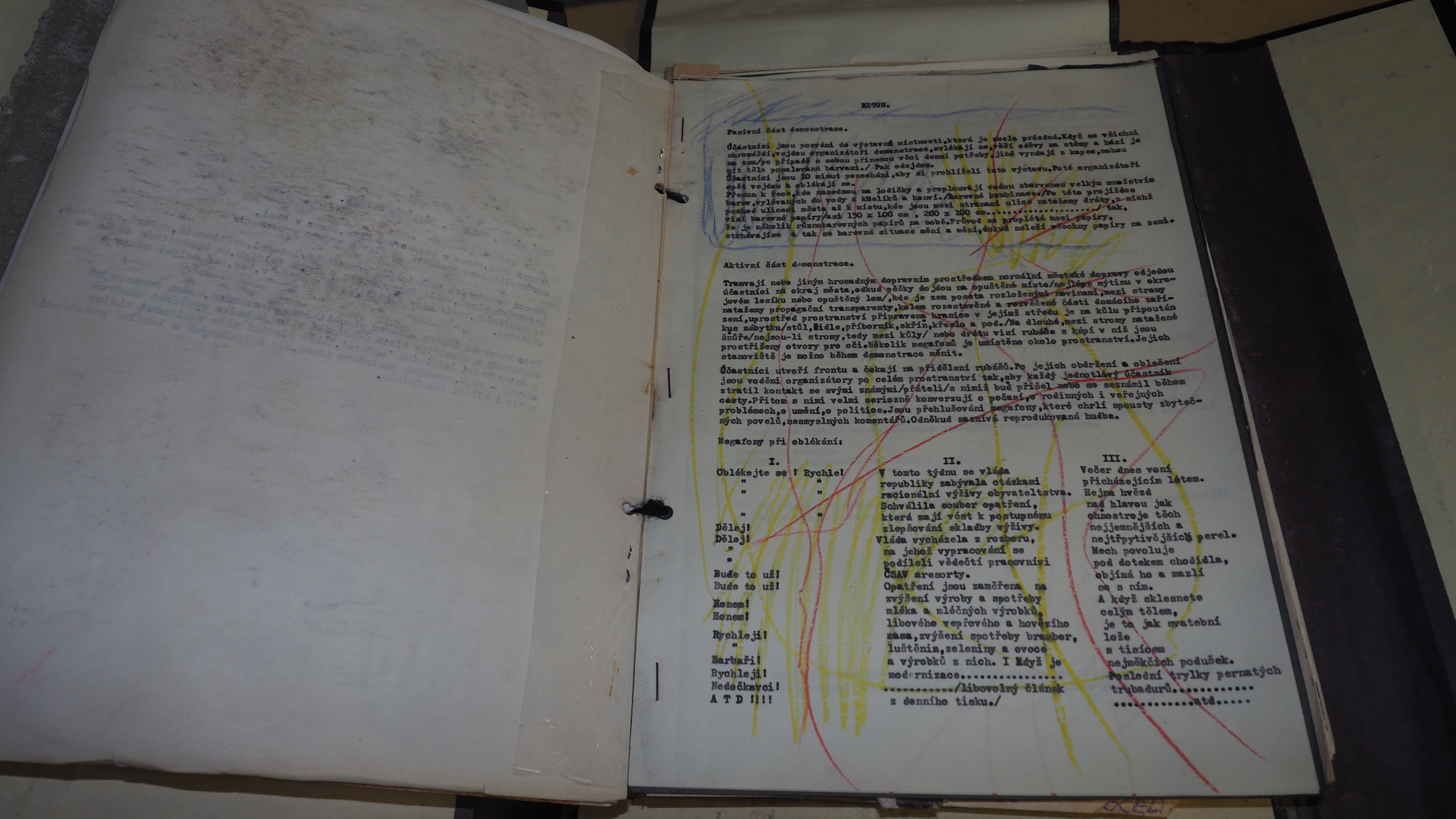 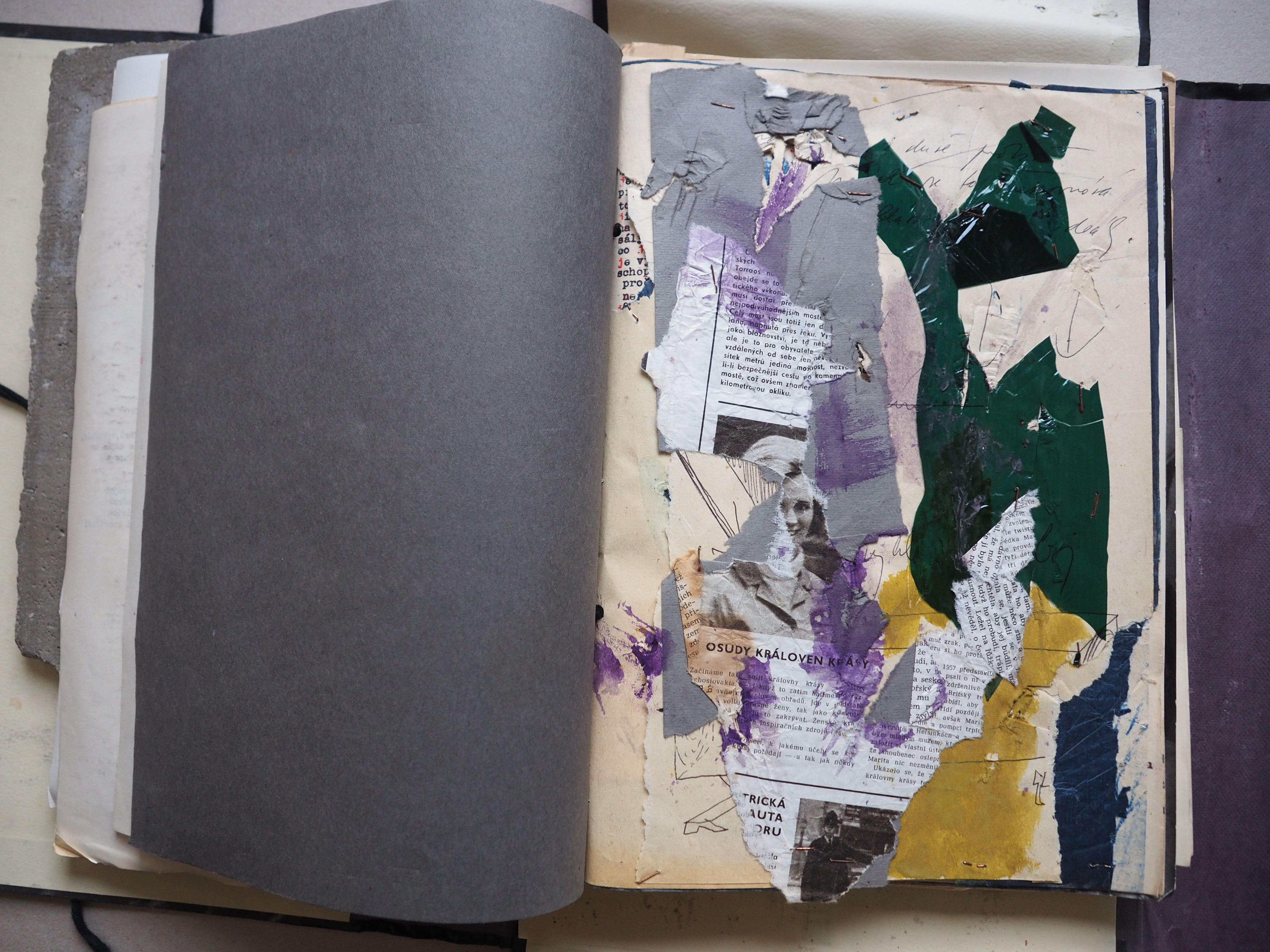 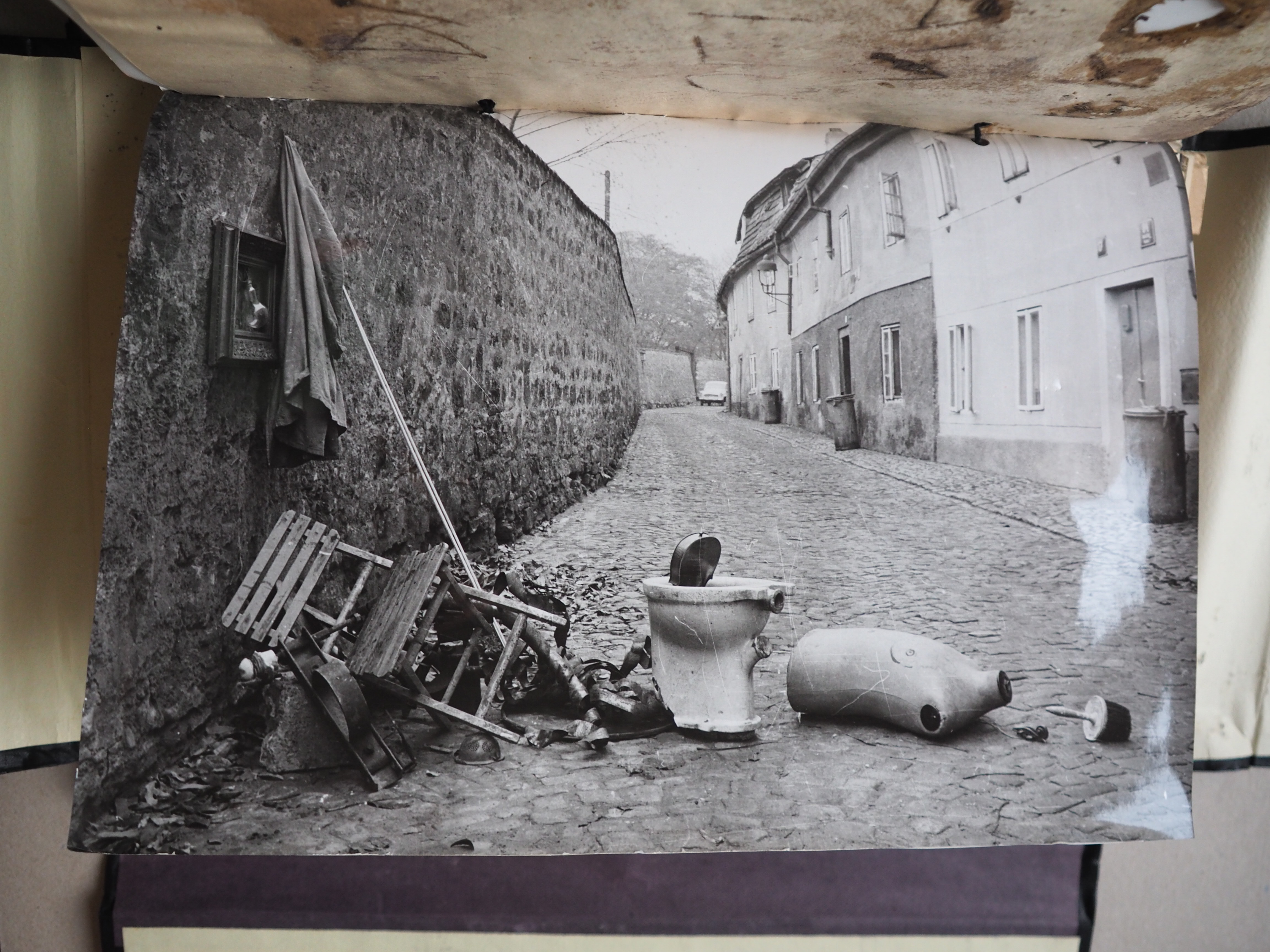 Milan Knížák is a significant Czech action artist. Since the beginning of the 1960s, he started with performance art – happenings, that were realised mostly in the streets of Prague. Their goal was to connect art and common life. Participants, that were, according to Knížák, the main and irreplaceable bearers of actions of these performances, were engaged in the game while the happenings interfered their lives. The events, according to Knížák’s interpretation, therefore could not have been fictive but had to be what they really were. Knížák also realized several installations – short-term exhibitions – in the streets of Prague, some of them were photographically documented. Knížák and his friends founded a group called “Aktuální umění” (Actual Art), later known as “Aktual”, in 1963. At the end of the 1960s and during the 1970s, Knížák’s actions got more ceremonial and ritual character. Some of the actions of the group Actual from 1962–1969 were documented by Knížák in a unique documentary book “Útoky" (The Attacks) with original and nonconformist artistic concepts; he sold the book, together with another one – “Hry a obřady” (The Games and the Ceremonial) – also documenting actions of Aktual during the 1960s, to the Museum of Czech Literature in March 1971. Similar documentary books were created by Knížák starting in 1964 and became a medium of the artist’s expression and documentation of his work, thoughts and feelings. The books used to have impractical covers (made of cement, wires or nails) to “not die in a library”. They contained original documents, scripts of the actions, texts, photos, drawings, collages, personal belongings or pieces of art works. Knížák’s documentary books (he created dozens of them) were therefore documents and pieces of art at the same time. “Útoky: Kniha akcí Aktualu 1962–1969” is a part of the Literary Archive of the Museum of Czech Literature until today and together with Knížák’s book “Hry a obřady Aktualu 1963–1969” forms the Milan Knížák Collection.