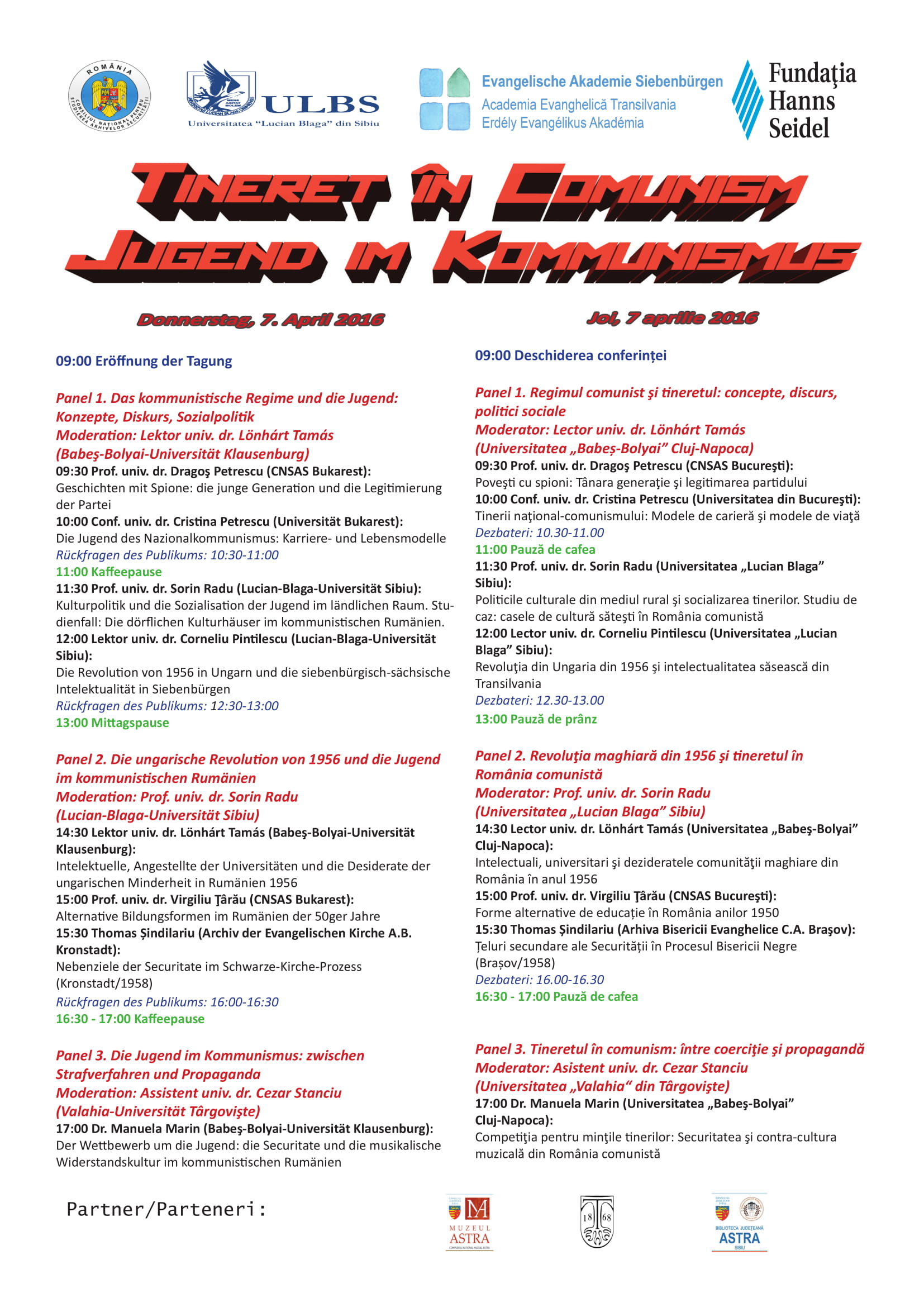 The conference Tineret în comunism/Jungend im Kommunismus was organised in Sibiu between 7 and 8 April 2016 by the Evangelische Akademie Siebenbürgen (The Transylvania Evangelical Academy) in collaboration with the Hanns Seidel Foundation, the National Council for the Study of Securitate Archives (CNSAS), and Lucian Blaga University of Sibiu. The participants at the event also included some members of the Romanian team of the COURAGE project. The papers presented approached from multiple and interdisciplinary perspectives the experience of Romanian youth during the communist regime, including that of consumption of foreign cultural goods. Thus, some of the papers dealt with the issue of the emergence of Western musical subcultures, such as hippy, punk, new wave, and rock among young people in communist Romania and recorded how the communist regime interpreted and reacted to this development. To this end, the Securitate’s files, especially those on “problem youth–education” (over sixty files) and “problem art–culture” remain of major interest. The documents illustrate not only the main framework through which the communist regime understood the Western-inspired subcultures adopted by the young generation and the cultural opposition they represented but also the reactions of the Securitate in counteracting the allegedly harmful influence of Western music broadcast by foreign radio stations. In addition, the Securitate documents are very useful for reconstructing youth subcultures in communist Romania and the inventive way in which young people used ordinary objects, such as safety pins, to imitate and recreate the outfit specific to a certain subculture.