Declaration of the Slovenian Catholic Conference of Bishops on national reconciliation, 13 March 1990. Manuscript 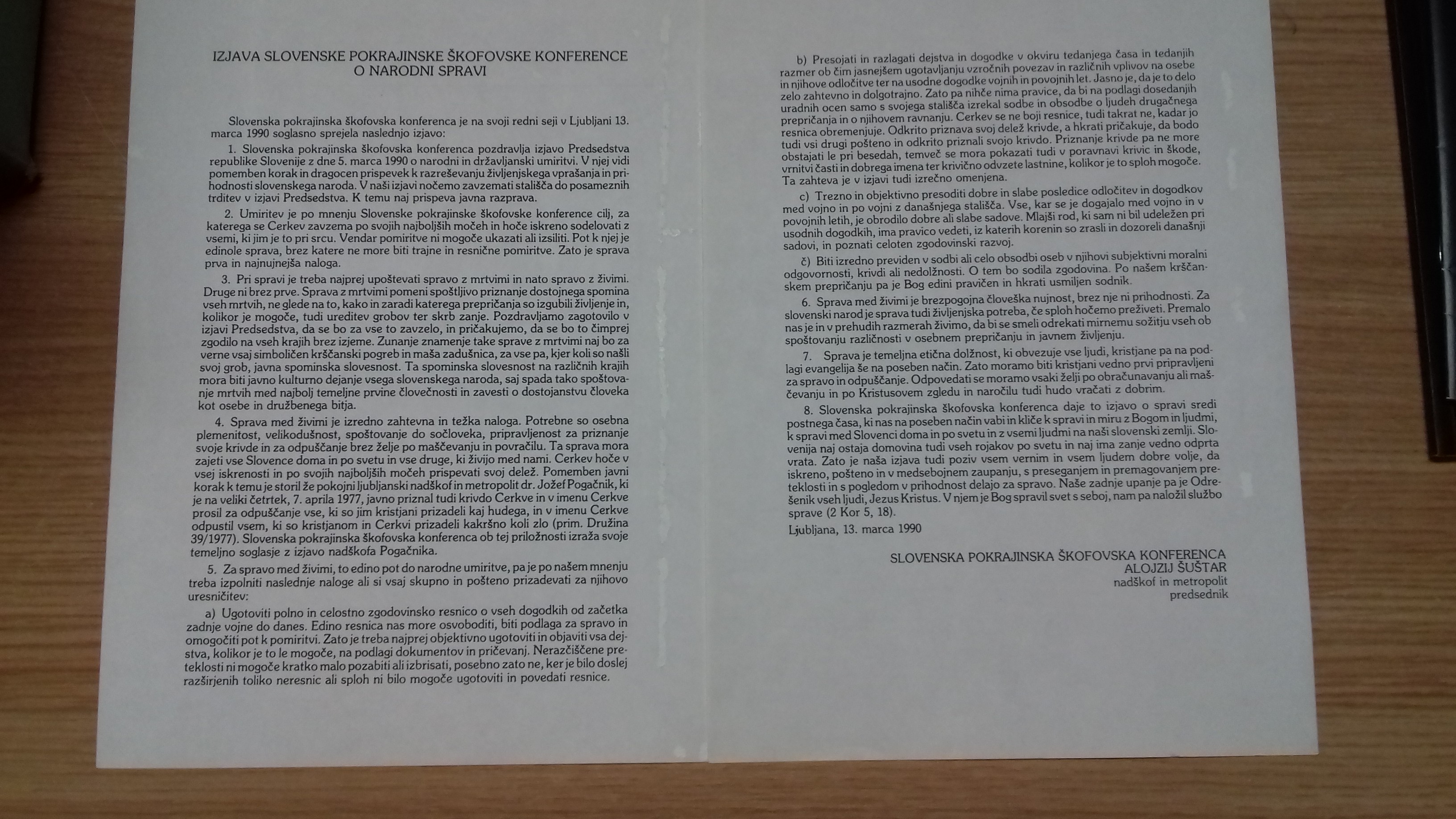 The role of the document was to address the Slovenian public on the question of national reconciliation. It was a very critical message questioning the basic premises of the 45 year-long policy of the communist government on the civil war fought between the Slovenians between 1941 and 1945 and the post-war mass killings committed by them. The authorities did nothing, because the Declaration was published on March 13, 1990 and in April of 1990 there were free elections after many decades of communist dictatorship. The Slovenian public was immensely interested in the Declaration. Already in July the Slovenian authorities, including the chairman of the Presidency of the Republic of Slovenia, Milan Kučan, participated in the memorial service on Kočevski Rog led by Archbishop Šuštar. It was a major step toward a public break with the communist monopoly on truth and rehabilitation of the victims of the post-war mass killings perpetrated by the communist government. The document is used in publications and exhibitions. Historians as well as the Catholic Church in Slovenia consider it a symbol of cultural opposition. It is located in box 38 of the Alojzij Šuštar Collection and it is provisionally available.