Czechoslovak Society of Arts and Sciences 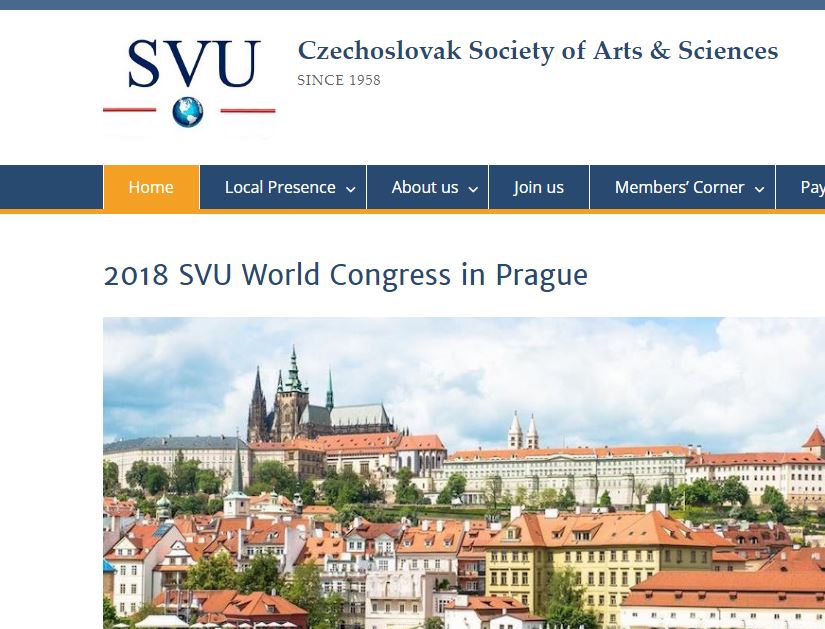 The Czechoslovak Society of Arts and Sciences was founded in 1958 in Washington, DC by the provision of an Organising Council of over 200 members. In 1961, the organisation was established under the laws of the state of New York as a nonprofit cultural organization, operating first in the United States. However, the Society gradually began to establish branches in Europe and other continents. Initially, the Society received contributions from the Czechoslovak National Council (Czechoslovak exile organisation that represented political emigrants and supported refugees from the Communist Czechoslovakia), and later funded its activities from member contributions and sales of its own publications. In connection with the democratization process in Czechoslovakia in the spring of 1968, the Czechoslovak Society of Arts and Sciences began to address the question of how to help scientists and artists at home (i.e. in Czechoslovakia), how to obtain and deliver publications, etc. In 1977, the Society publicly supported Charter 77. In the 1970s and 1980s, the SVU supported exile publishers producing Czechoslovak samizdat works, and Czechoslovak independent artists, especially “banned” writers, as well. Thus, the Society contributed to raising awareness of works of Czechoslovak nonconformist authors and of the importance of independent Czech and Slovak literature abroad. In May 1987, the Society held a conference in Switzerland with an international participation dedicated to the 10th anniversary of Charter 77. In March 1989, the SVU publicly protested against the imprisonment of Czech dissident and playwright Václav Havel. After the Velvet Revolution in November 1989, the Society extended its activities to Czechoslovakia and its successor states, the Czech Republic and the Slovak Republic. Since 1962, the Society has also regularly held world congresses that focus on various topics across science - literature, linguistics, visual arts, social sciences, physics, biology, and many others. Via these congresses, the SVU points out the importance of free Czech and Slovak science and culture in the world.