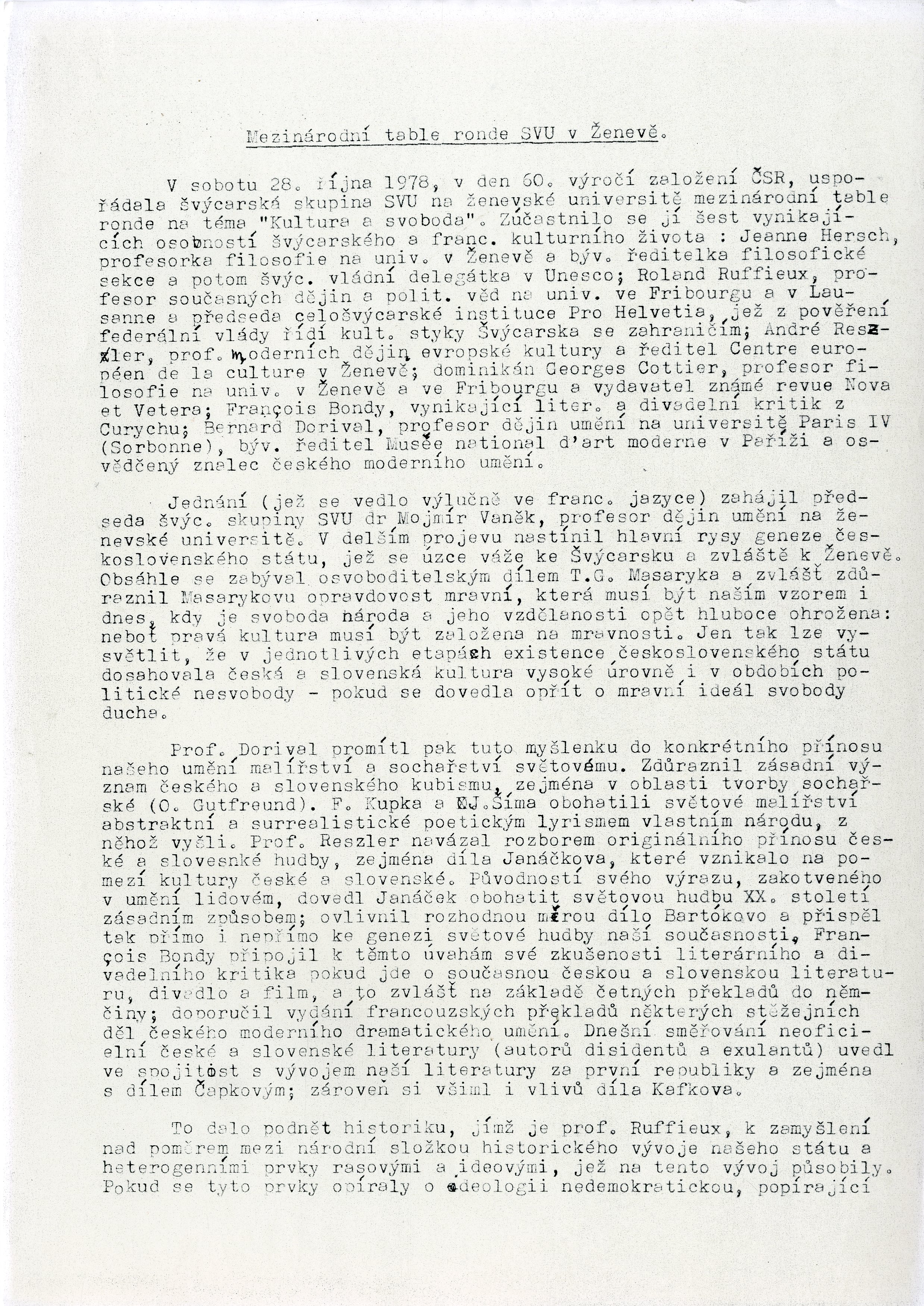 Mojmír Vaněk organized a symposium on the topic "Culture and Freedom" on the occasion of the 60th anniversary of the founding of Czechoslovakia and on behalf of the Society for Science and the Art (SVU) on 28 October 1978. The so-called table ronde was held in French and was attended by six prominent people from Swiss and French cultural life: President Pro Helvetia, R. Ruffieux (Lausanne and Friborg), B. Dorival (Paris-Sorbonne), Jeanne Hersch (Geneva), G. Gottier (Geneva) and literary critic Francois Bondy (Zurich). This event was exceptionally well received in the Swiss press as well as in Czechoslovakia. Mojmír Vaněk presided over this symposium.

The event started by dr. Mojmír Vaněk as chairman of the SWU Swiss Group, where he outlined the main features of the genesis of the Czechoslovak state, which is closely linked to Switzerland. He talked extensively about Tomáš Garrigue Masaryk's liberation work and stressed Masaryk's morality, which he felt was a model at a time when the freedom of the nation and its education were once again profoundly threatened, and when true culture must be based on morality. The audience of this symposium filled one of the biggest lecturers of the new university building in Geneva.

Likely in connection with this event, in November of that year, the Ministry of Interior of the Czechoslovak Republic had revoked Vaněk’s citizenship. His wife, Olga Vaňková, who was also a member of the Society for Science and the Arts, had her citizenship revoked as well.