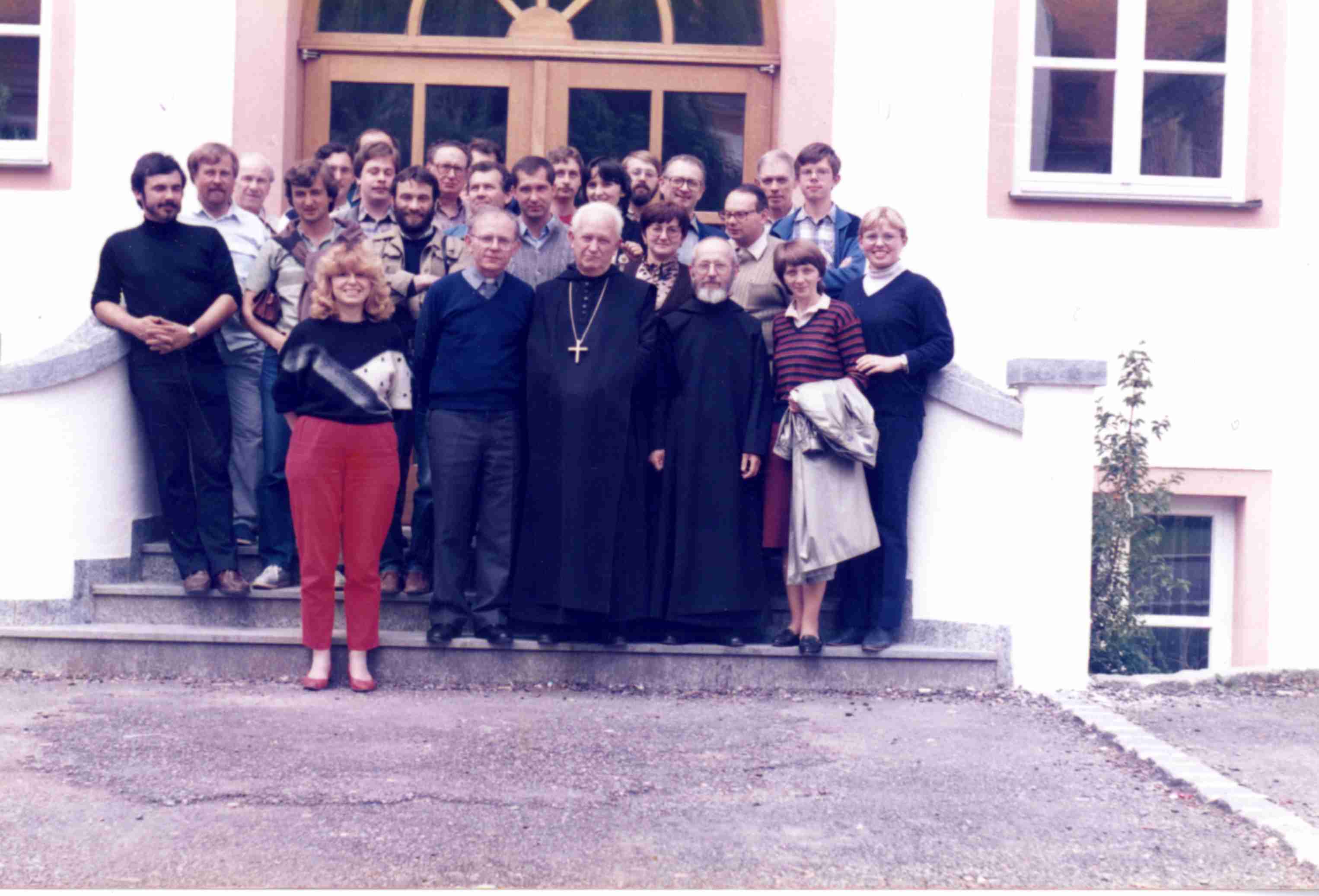 Lay Catholic Association Opus bonum was founded in 1972 in Frankfurt am Main by Jan Anastáz Opasek, who was initially also the chairman of the association. It aimed to preserve and develop the Czech and Slovak Christian culture in exile. Activities included spiritual care, lectures and conferences that were held in Franken, North Bavaria. Soon, Opus bonum became a unique ideological confrontation of various opinion streams within Czechoslovak exile. Opus bonum's activities caused a disinformation reaction in Czechoslovakia when regime officials attempted to misinterpret events and activities of Opus bonum.

Opus bonum was founded as a group mainly focused on questions of human existence, at least in the same way as one of its founders, Vladimir Neuwirth. During the second half of the 1970s, disputes over the future focus of OB arose. Opasek's opinion was essential, as he was the chairman of the association, who, in response to the Charter 77, decided that Opus Bonum would be an open and all-exile-friendly platform. This also led to Opasek's belief that Opus bonum should "support the Christians" of Charter 77. He knew that the human and civil rights for which the Charter was built also concerned the churches in Czechoslovakia and, in general, the position of religion. At the end of February 1977 Opus Bonum stood on Charter 77 and expressed the conviction that "the release of Charter 77 was the biggest event since the death of Jan Palach in Czechoslovakia."

Then, according to the example Charter 77 set, Opus bonum began to organise symposiums and invited personalities from those in exile from Czechoslovakia. They tried to select personalities beyond the ideological streams, besides Christian conservatives, they also invited progressively-minded, ex-communists, as well as liberals, socialists, etc. Ivan Medek wrote about the symposiums in Franken, "There were a number of topics in Franken that would not have been discussed at all, such as February 1948, the problem of collaboration, the relationship with the former Communists, the role of Edvard Beneš, the Munich surrender, etc. Sometimes conflicts occurred, but they were mostly worked out in a small bar or in a local pub, but the fact that at least for that moment, the integration of the various views of Czechoslovak exile could literally be posed by their representatives as one table during a debate, I think is extremely important." (Medek: Thank you, I'm fine, pp. 95-96).

The symposiums in Franken and the Opus bonum activity was followed by mass disinformation in Czechoslovakia from the government and secret police, but also some exasperation among exiles, largely from political prisoners, anti-communists and resistance activists. The first meeting in Franken had already sparked controversy. It was held in 1978 at the anniversary of the Communist coup (23 to 26 February) and the theme was "February 1948 through the eyes of the winners and losers after thirty years."

The main goal of Opus bonum was to mediate dialogue, creating space and prerequisites for it. Opus bonum continues to hold meetings today.