Announcement of a working day 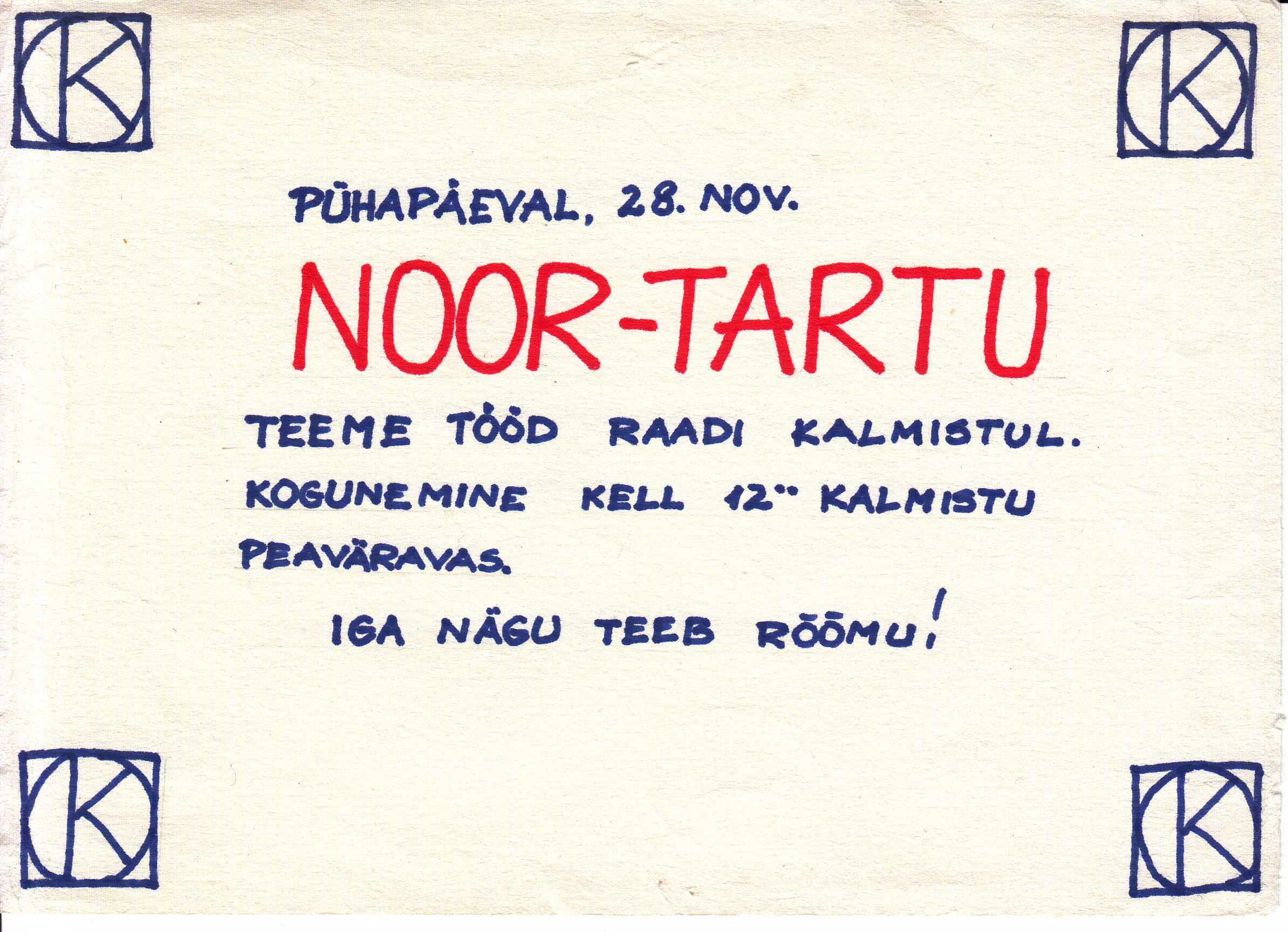 This item is a typical announcement of a regular work day of the Noor-Tartu (Young-Tartu) movement. Announcements which were usually placed in educational buildings and hostels were an information channel to recruit people for work days. Anyone who saw an announcement was free to join a work day. The Raadi cemetery, which is mentioned in the announcement, especially its one part – Old St John’s cemetery – was one of the main areas of the work of Noor-Tartu.

This announcement itself was simple, and made with the means that were available. However, the announcement is still remarkable due to the big letter K in each corner of the paper. It is a hint at the former name of the movement – Kodulinn (Hometown) – , which was used until the spring of 1981. The movement only changed its name because the Tartu Komsomol organisation deliberately named its new organisation for school students Kodulinn in order to cause confusion.

The announcement belongs to the core group of the former movement. Like the entire collection, this item has not attracted wider attention, which is also the intention of the current operator of the collection. It is possible that it will be used for research after the collection is given to an institution.